How worried do we need to be about cellphone radiation?

The California Department of Health released guidelines for you to follow if you're worried about cell phone radiation. Scientists aren't sure of the effects on humans over a long period of time. 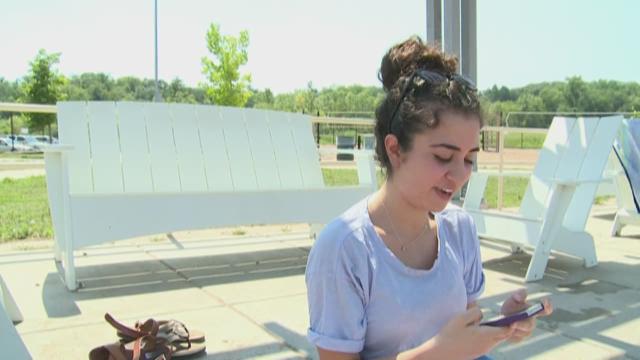 The California Department of Public Health recently released guidelines on how to avoid the possible dangers of cell phones.

They include keeping your phone away from your body and your bed as you sleep, don't wear your headset all the time and reduce phone use when the signal is weak.

The study shows cell phone radiation could be linked to tumors, headaches and even infertility.

But is there enough data to prove cell phone radiation could actually harm you?

Dr. Jonathan Samet has been studying the effects of radiation on people for years, and chaired a World Health Organization study on the subject. While he says there is no need to panic, he also admits cell phones have become addictive for some people.

"I think they're pretty clear about saying lots of questions remain to be answered," Samet said. "You can see 2-year-olds holding cell phones, and they're going to be holding them when they're 82 years old. So we need to make sure that something so widespread doesn't carry any risks."

Cell phones are considered low energy radiation--below ultraviolet rays from the sun, which can give you skin cancer, or gamma rays that can come from radioactive material.

Samet said preliminary findings have come back on the effects of cell phone radiation on rats.

"There were surprising tumor growths in some organs, for example, even the heart," Samet said. "But we just haven't seen all the data yet."

He said California's guidelines wouldn't be a bad idea to follow--but it's nothing to be severely worried about right now.

"I think we need to make sure there are not downsides to these devices," he said.

They haven't seen an uptick in that rate, but he said it would be disturbing if they did, and that's why they're tracking it.