A UT law professor wrote the letter, which has now been signed by more than 400 faculty and staff members, as a message to students that they support and understand them. 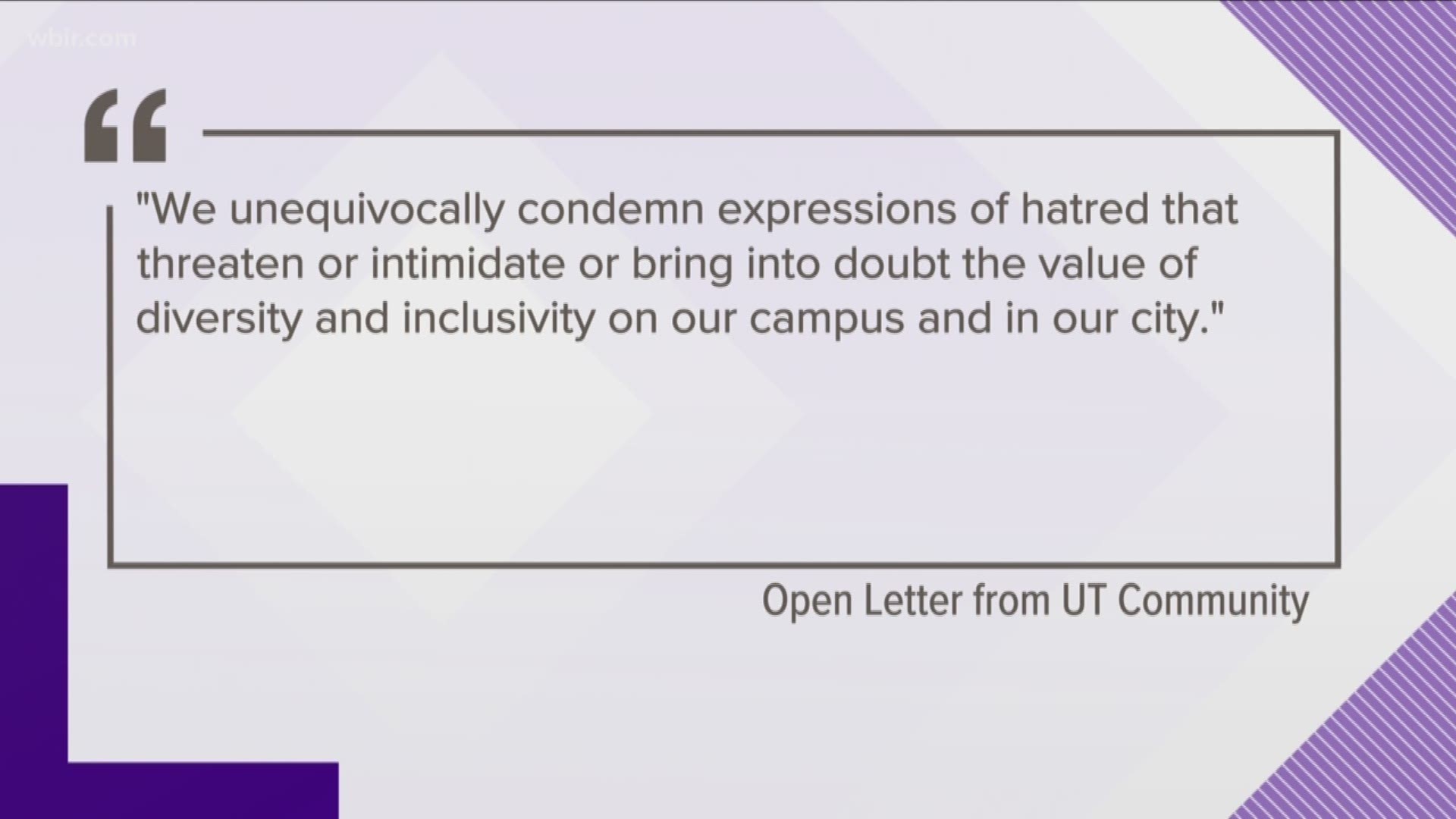 Knoxville — UPDATE: As of Nov. 23, the letter closed with more than 500 faculty and staff signatures.

Members of the UT campus community are seeking a stronger response to hateful messages that were painted on the Rock over the past few weeks.

On Nov. 10, swastikas and other words of hate were spray painted on the campus rock. A similar thing happened the previous week. The messages were quickly painted over, but the impact remains, with some students, especially members of the Jewish community, saying they didn't feel safe on campus.

While the university's interim chancellor responded by saying these actions are not supported by the university, some UTK faculty and staff felt the need to go further.

Blitt told 10News that he wrote the letter because he felt the "response from the administration was and remains inadequate with respect to recognizing the specificity and severity of the incidents."

The letter, according to Blitt, is intended to make sure the students know that their faculty and staff support them, condemn those expressions of hatred and calls for genocide, and understand that hate speech effects their sense of safety, security, and inclusion on campus.

Over the past two weeks, the Rock has been covered twice with hateful symbols and violent threats that directly targeted UTK’s Jewish community. Like all hateful and menacing communications, these forms of expression are intended to intimidate and sow fear. This intention is more palpable when it singles out vulnerable or marginalized minority groups. And it is rendered even more stark coming in the wake of the anti-Semitic massacre of eleven Jewish worshippers in a Pittsburgh synagogue.

Confronted with these troubling campus incidents, the Interim Chancellor expressed his disappointment and responded that “the university does not condone these actions or other acts of intimidation or intolerance.”

We, the faculty and staff of UTK recognize the need to go further: We unequivocally condemn expressions of hatred that threaten or intimidate or bring into doubt the value of diversity and inclusivity on our campus and in our city. And we express our strongest support for and solidarity with UTK’s Jewish students, faculty, and staff, and all members of our community who have been targeted by this and other similar attacks.

Free speech and academic freedom are central to a vibrant campus and rightly merit rigorous protection. But we must never allow protection of the free marketplace of ideas to prevent us from calling out forms of expression that harm rather than genuinely contribute to this marketplace. Among other reasons, such forms of expression have a chilling effect on the rights and freedoms of others, particularly when directed against minority or marginalized groups.

We all deserve a campus where hatred finds no purchase or succor. A place that not only is safe, but feels safe. In this spirit of safety and inclusion, our doors are open to you and we stand together with you.