Wildlife experts are warning people to practice BearWise basics as hungry bears travel to find food in places that do not normally encounter the large animals. 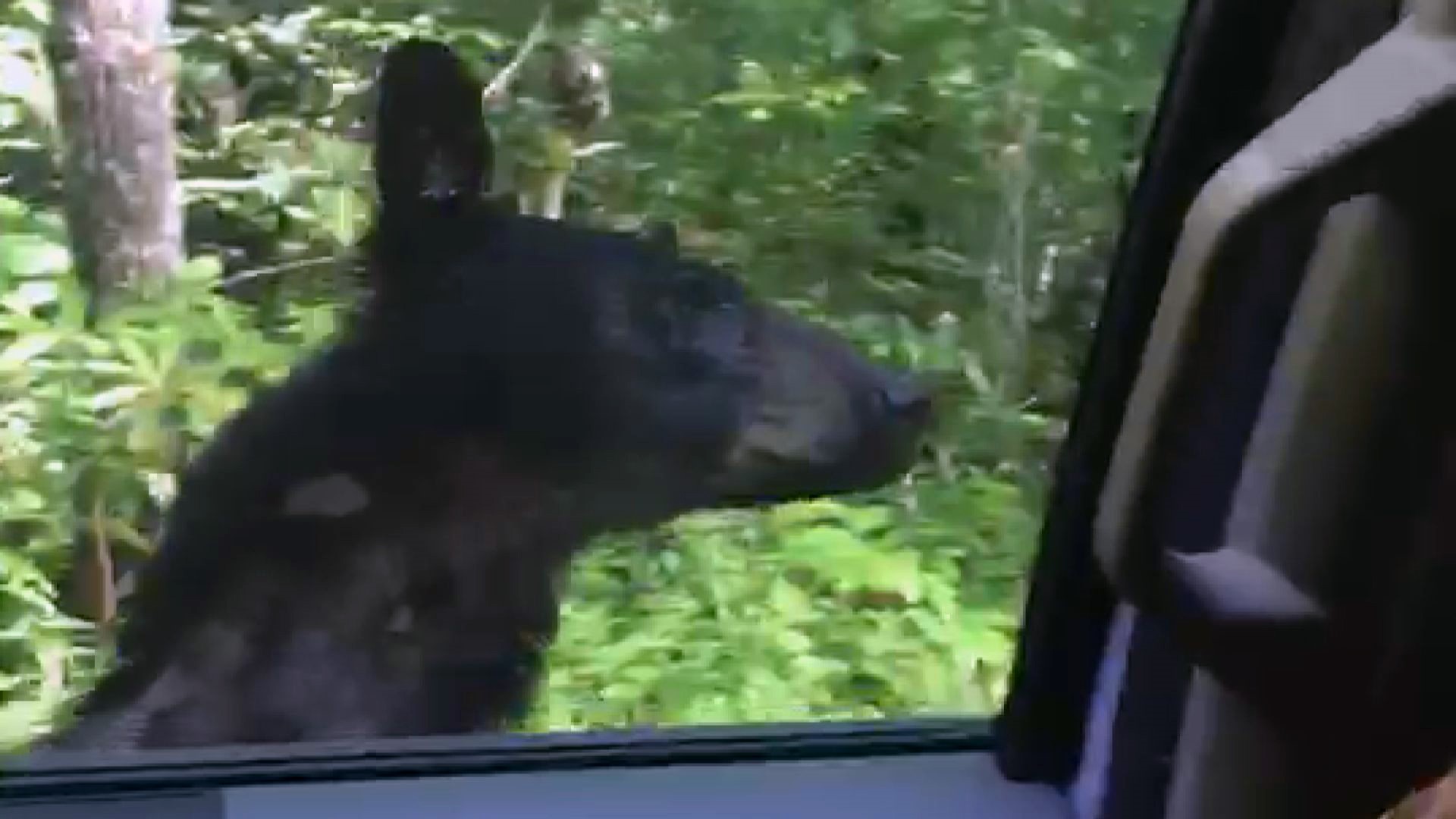 GATLINBURG, Tenn — Wildlife experts said they are seeing lots of hungry bears roaming in search of food throughout East Tennessee, including areas they don't normally appear.

It is common to hit a stretch of time in August when food is scarce, as summer fruit dries up and fall acorns are yet to fall.  But this year's crop of berries and soft mast which sustains bears was not strong.

"Our soft mast wasn't as good as we thought it would be and we are encountering a lot of females that are showing up thin, underweight, stressed out," said Ryan Williamson, wildlife biologist for the Great Smoky Mountains National Park (GSMNP).

Williamson said it is crucial for an expanded area to practice "BearWise basics" during the next few weeks, to prevent attracting animals to human food sources.

"A hungry bear will find food and it will travel to do so. Even in areas where you have never seen a bear, put up your trash and garbage,  Make sure you put up your trash, you take in your bird feeders, and you don't feed your pets outside," said Williamson.

The Tennessee Wildlife Resources Agency (TWRA) has received recent calls about bears in populated areas of Blount and Knox counties.

"This is the time of year people will call us and say, 'Hey, I don't usually see bears, have never seen a bear and there's one over here getting into something.' We are seeing bears in Maryville and seeing bears in Knoxville right now.  People who live in those areas need to be thinking about that." said Gibbs.

Gibbs said the bears will be able to endure the next few weeks and hopefully feast on the green acorns that begin falling in late-August.

"We're waiting for the hard mast, the acorns, hickory nuts, beechnuts, things like that to start hitting. The main thing is making sure if a bear goes through your yard, it's just passing through and doesn't find something to eat. If it finds something to eat, it will keep coming back. If it doesn't find any food, it will keep going," said Gibbs. "If you feed bears, you are not helping them. You're only making a bad situation worse."

"If you care about bears, put up your trash and garbage. That's the main thing I want to stress," said Williamson.

RELATED: June 2020 - Vacationing near the Smokies? Bear safety tips for your cabin or hotel