I-40 East was shut down to one lane of traffic as emergency crews worked to clear the scene Monday night. 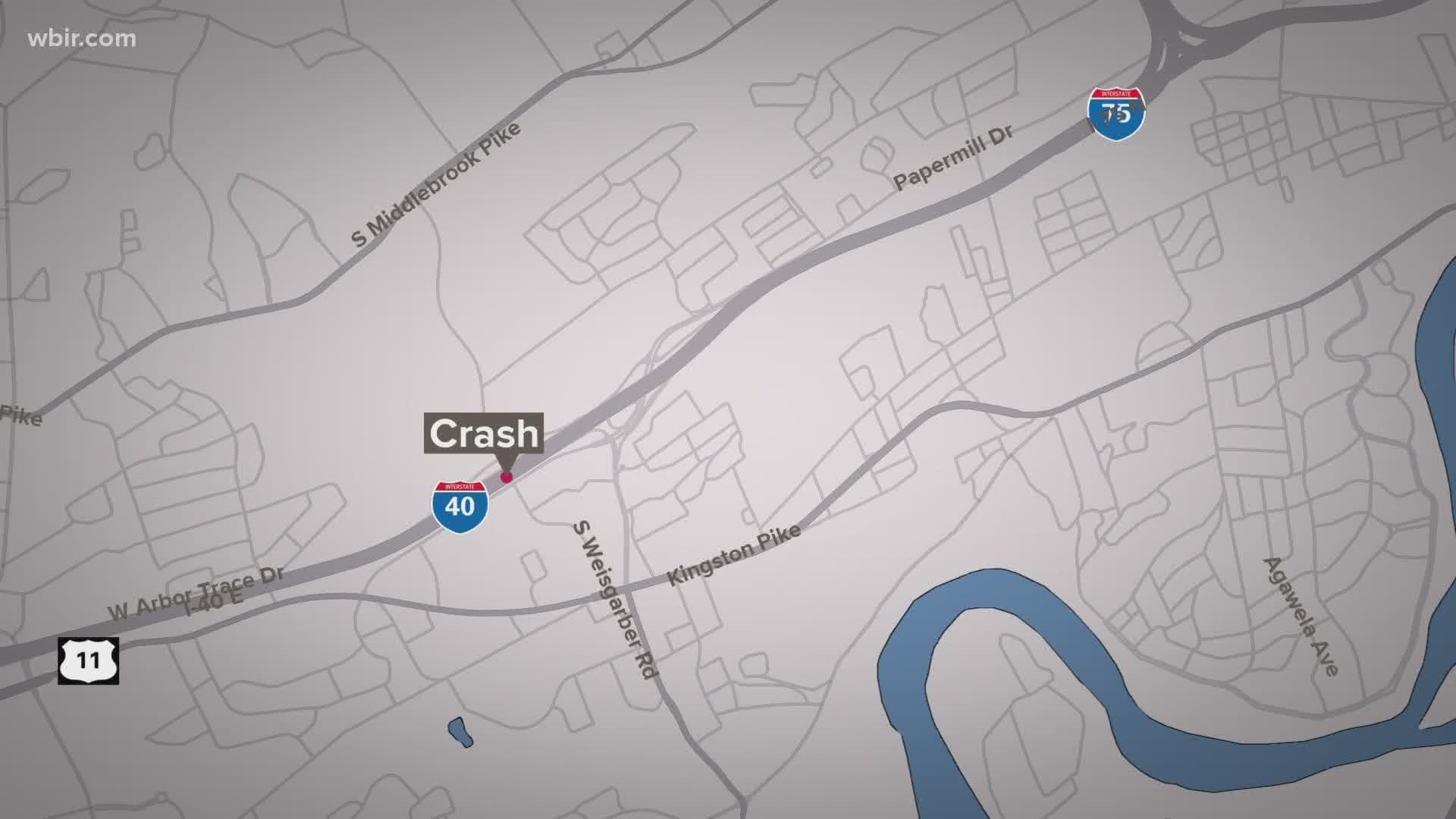 KNOXVILLE, Tenn — UPDATE (June 3, 2020 9:30 a.m.): The Knoxville Police Department identified the man as Evan "Tucker" Williams, 30, of Knoxville. Tucker was a deputy at the Blount County Sheriff's Office between June 2015 through December 2017.

The Blount County Sheriff's Office said that he was a U.S. Marine veteran who served in the Middle East.

UPDATE (June 2, 2020, 8 a.m.): Knoxville Police confirmed that one man is dead after a crash on I-40 East Monday night just before Papermill Drive.

The Knoxville Police Department identified the victim on Tuesday as 30-year-old Evan Williams of Knoxville.

Officials said that a motorcycle hit the rear-end of a vehicle. The motorcyclist was pronounced dead at the scene by EMS personnel. The interstate was shut down to one lane of traffic Monday night while emergency crews worked to clear the accident.

Lanes re-opened completely around midnight. No other injuries were reported.

The Knoxville Police Department said four right lanes of I-40 East between West Hills and Papermill are closed for a crash.

Officers are asking for drivers to take a detour if possible.

We'll continue to update you as we learn more.