Trooper hospitalized after semi-truck crashed into cruiser on I-81

The report said the cruiser slid several feet and spun several times before stopping in the middle of I-81 North. 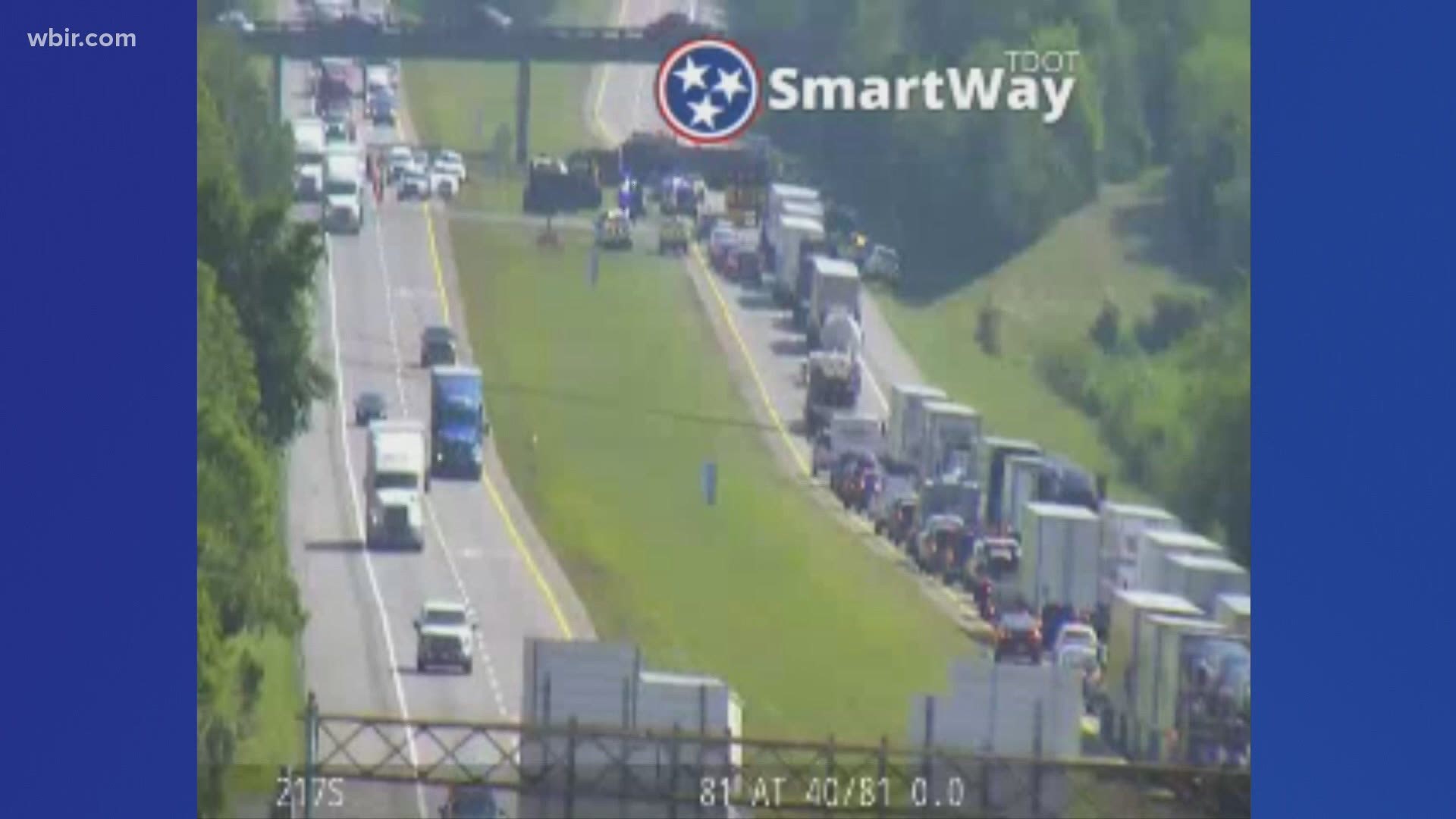 DANDRIDGE, Tenn. — A Tennessee Highway Patrol trooper is hospitalized after the Jefferson Police Dept. says a semi-truck collided with the trooper's vehicle on I-81.

JPD said trooper Ashlee Hill was in the area to help slow down traffic while workers were mowing trees in the median.

According to a THP report, Hill was driving north on I-81 and was in the process of moving from the left lane to the right shoulder with emergency lights activated.

When she moved into the right lane, she drove into the path of a semi-truck, who swerved to avoid the collision but was unable to stop.

The truck hit the cruiser, causing it to slide several feet and spin several times before stopping in the middle of I-81 North.

The report stated the semi-truck also rolled over.

Investigators said both drivers were taken to the hospital but their conditions are unknown.

The interstate was shut down for several hours and traffic diverted onto I-40 while the crash was cleared and the investigation took place. It's back open now.

Earlier, the Dandridge Police Department was asking people to avoid heading out on the highways and TDOT diverted traffic.

According to Mark Nagi with the Tennessee Department of Transportation, traffic is being diverted from I-40 at Exit 424 to State Routes 113 and 341 back onto I-81 North at Exit 4 after the semi-truck flipped and blocked the northbound lane of I-81 at Spring Creek Road/Mile Marker 1.

I-81 North traffic is diverted to I-40 Exit 424 to SR 113 to SR 341 back to I-81 North at Exit 4 following a crash involving an overturned tractor trailer. pic.twitter.com/Hpyv6hsyJN