The event brought 680 volunteers out to clean up the community. They removed 1,646 bags of garbage and 449 tires from sites in Knox, Anderson, Blount and Loudon counties. 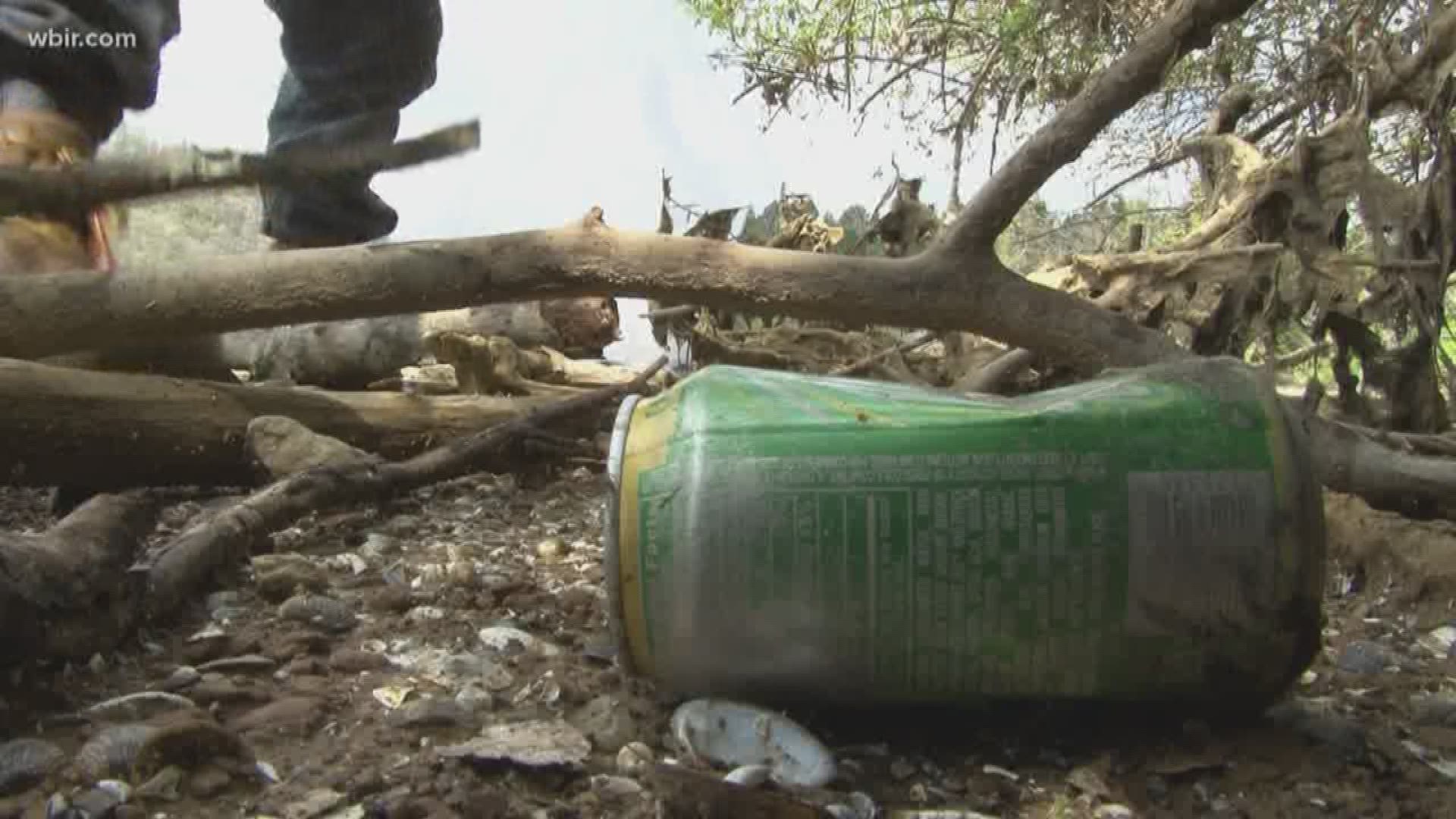 KNOXVILLE, Tennessee — The 30th annual Ijams River Rescue presented by TVA with support from Lowe’s collected 36.8 tons of trash and tires from 33 sites in and along East Tennessee’s waterways on April 6, once again removing a significant amount from Loves Creek.

The event brought 680 volunteers out to clean up the community. They removed 1,646 bags of garbage and 449 tires from sites in Knox, Anderson, Blount and Loudon counties.

“It was an interesting cleanup,” Ijams Volunteer Coordinator Lauren Bird said. “When the waters receded from the flooding we had earlier in the year, we found a lot of debris many feet from the shore and in the trees.”

Volunteers and crews from the City of Knoxville removed 19 tons from one site along the creek at the end of Loves Creek Road behind Food City. The City, which also sponsored this year’s event, carted away two nine-ton truckloads of shingles, along with construction debris such as wood, siding and paint cans at this site.

“It’s disheartening to find a site where someone has dumped so much construction debris,” said Ijams executive director Amber Parker. “Ijams, other organizations, neighborhood associations and thousands of volunteers have been cleaning up this community for decades, yet there are still people who seem to care more about avoiding fees than protecting the environment. When will they realize that protecting the earth is important? They live here too.”

One of Ijams River Rescue’s sponsors, Keep the Tennessee River Beautiful (KTNRB), and a crew from Living Lands & Waters also participated in the event as part of KTNRB’s Tennessee River Grand Slam Cleanup, which covered 400+ miles of river in four weeks. Three boat teams comprising 25 volunteers removed 2,359 pounds of trash, including 33 tires, during the Knoxville leg of the group’s four-city cleanup from Iuka, Miss., to Dayton, Tenn.

Volunteers found typical trash such as aluminum cans, tires, Styrofoam and plastic bottles, but this year’s cleanup also retrieved unusual items such as a hot water heater, refrigerator, a fishing pole, multiple lawn chairs, the top of a boat’s storage compartment, a plastic ear of corn, a couch cushion, a rusted metal billboard sign, a fire extinguisher, car parts and a rain barrel.