Fulmer calls on East Tennesseans to give in honor of Pat Summitt.

KNOXVILLE, Tennessee — More than $120,000 was raised last month in the annual Walk to End Alzheimer’s event in Knoxville.

University of Tennessee Athletics Director Phillip Fulmer doesn't want it to end there.

Fulmer on Thursday called on East Tennesseans to continue donating through the rest of the year, particularly by donating $65 to the Alzheimer's Association in honor of former Lady Vol coach Pat Summitt.

Every 65 seconds someone is diagnosed with Alzheimer’s disease, he said.

Credit: Getty Images
TAMPA, FL - APRIL 08: Head coach Pat Summitt of the Tennessee Lady Volunteers watches her players cut down the net in celebration of their 64-48 win against the Stanford Cardinal as Summitt's mother looks on with the trophy during the National Championsip Game of the 2008 NCAA Women's Final Four at St. Pete Times Forum April 8, 2008 in Tampa, Florida. (Photo by Doug Benc/Getty Images)

"Although Walk Day has passed, walk season is in full swing and we need to keep up the fight," Fulmer said in the recorded statement.

The money goes toward helping to find a cure through research for the cruel disease that claims family members and friends daily across the nation and ultimately took Coach Summitt's life in June 2016.

More than 700 area residents participated in the Oct. 3 walk. Because of the COVID-19 pandemic, participants walked as individuals and in small groups on sidewalks, tracks and trails across Knoxville. 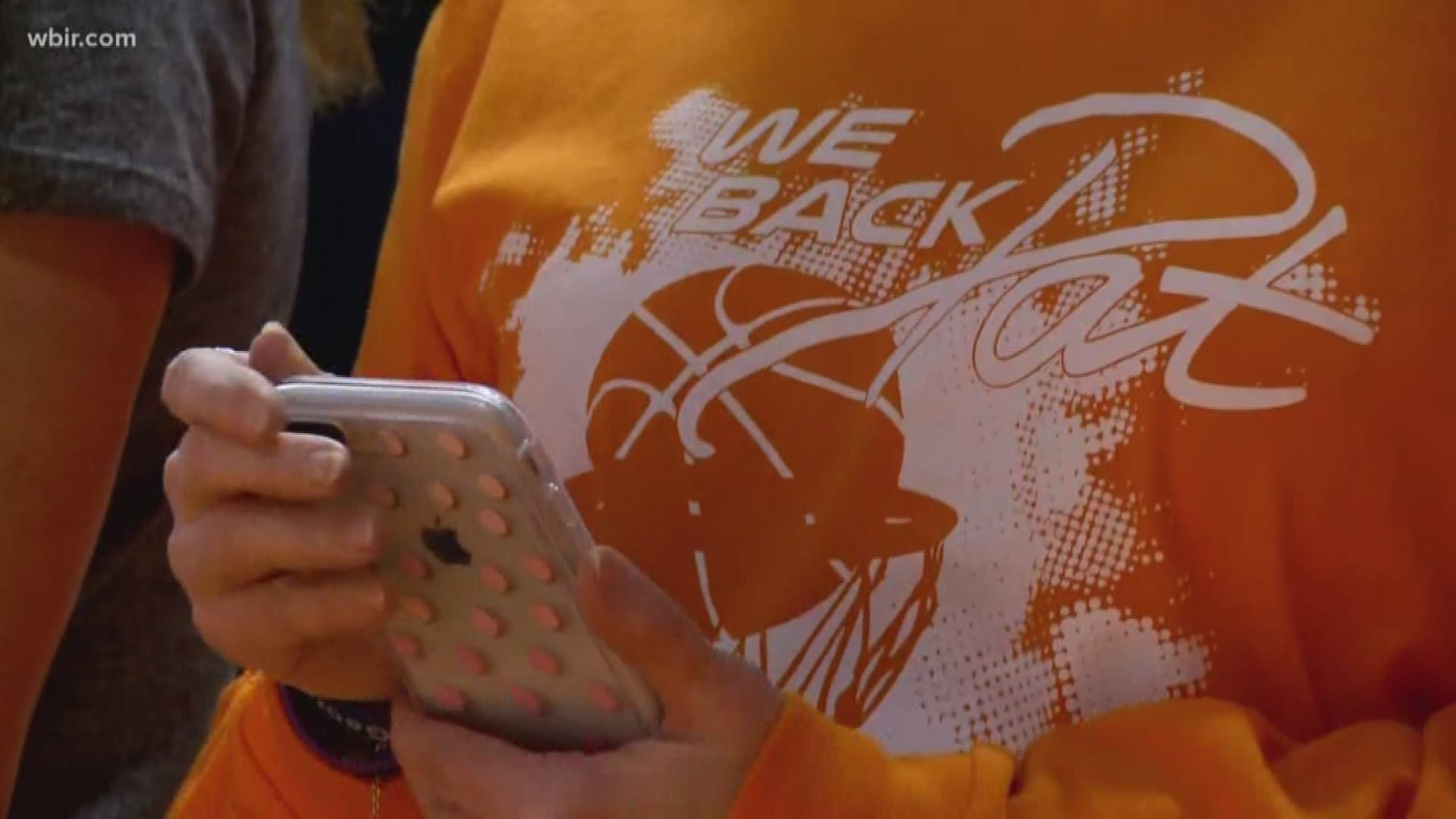 "Important work is being done here locally by the Alzheimer's Association to extend research for a cure and to support families and provide access to resources," Fulmer said.

Fulmer's mother, Nannie Lee Fulmer, also was stricken with Alzheimer's. She, too, died in 2016.

To make a donation, go here.