In photos: Gatlinburg restaurants, retail shops allowed to open at half capacity

The streets of Gatlinburg were bustling with activity on Saturday. Tourist attractions remain closed until further notice. 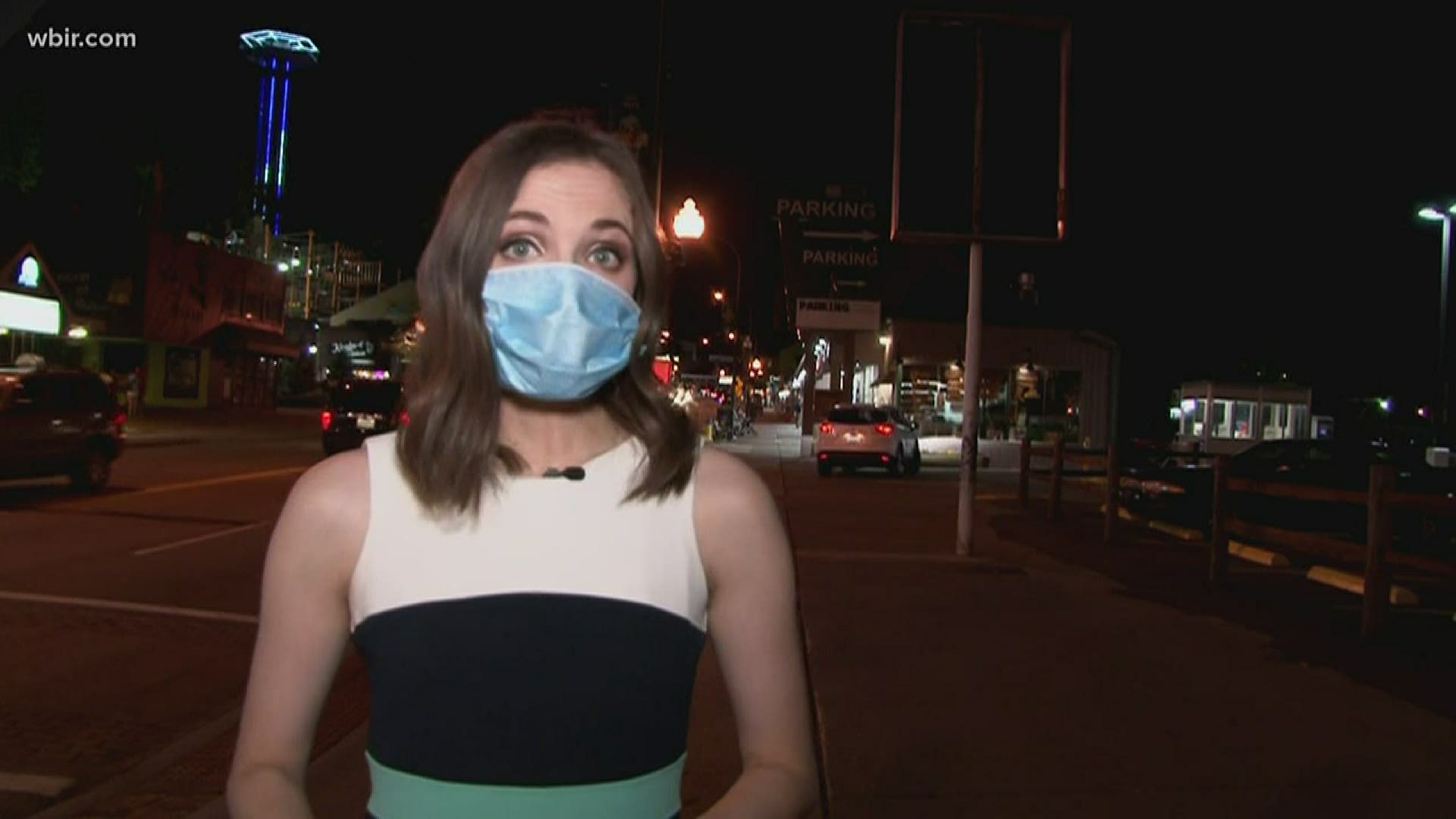 GATLINBURG, Tenn. — For the first time in weeks, Gatlinburg was no longer a ghost town. Under Tennessee's reopening plan, restaurants and retail stores shops were allowed to operate at half capacity.

That plan — the Tennessee Pledge —called upon businesses and consumers to take additional safety measures in order to slow the spread of COVID-19.

"Whatever activity Tennesseans are engaged in, they have to stay committed to this concept of social distancing," Governor Bill Lee told reporters on April 28 when asked about tourism in Sevier County and Gatlinburg. "We have asked folks to be committed to not gathering in groups."

Gatlinburg was busy on Saturday, though not as busy as pre-pandemic times.

Here's what we saw.

Credit: Grace King
On Saturday, the streets of Gatlinburg were bustling.

"The leaders of Gatlinburg are interested in how they can be building plans for all their businesses to be opening," Tennessee Commissioner of Tourist Development Mark Ezell said. "We have a careful, phased approach."

As of Saturday, all restaurants and retail shops were allowed to open at half capacity. Attractions, such as the Sky Lift Park (pictured above), remain closed.

Under Executive Order 30, "entertainment, recreational and certain other gathering venues shall, for the time being, continue to be closed to members of the public."

That particular order expires on May 29, though it could be extended or amended by the governor.

Credit: Grace King
A group of people walk down the main strip in Gatlinburg.

When asked about tourism in Tennessee, Gov. Lee said it was important that social distancing continue and people wear face coverings while coming into contact with others.

"We're asking people to wear a mask in public areas where they're coming in contact with other people," Gov. Lee said on Tuesday.

We left our cameras rolling for ten minutes on a section of the Gatlinburg strip. Just four people, of the dozens who passed us, were wearing masks.

Credit: Grace King
We left our cameras rolling for 10 minutes. Just four of the people who walked by were wearing masks.

The Tennessee Pledge asks businesses to follow a list of recommendations in order to provide a safe working and shopping environment.

Some of those measures include one-way aisles and traffic patterns for social distancing.

A handful of businesses had established traffic patterns, though many had not.

Other recommendations include using plastic shields or barriers between customers and clerks, as well as having all employees wear face coverings.

Similar to traffic patterns, just a few businesses seemed to self-enforce those recommendations.

At one shop, one employee was wearing a mask while another wasn't.

The crowds came in waves, with some times busier than others.

Credit: Grace King
Visitors walk through the streets of Gatlinburg.

RELATED: Great Smoky Mountains will start reopening in phases May 9

RELATED: Tennessee issues guidelines for salons & barbershops in 89 counties to reopen May 6