The incinerator stopped operating in 2009, and it underwent a rigorous regulatory cleanup process to remove all chemical hazards before major demolition. Now, the land it occupied is set to be returned to the community. 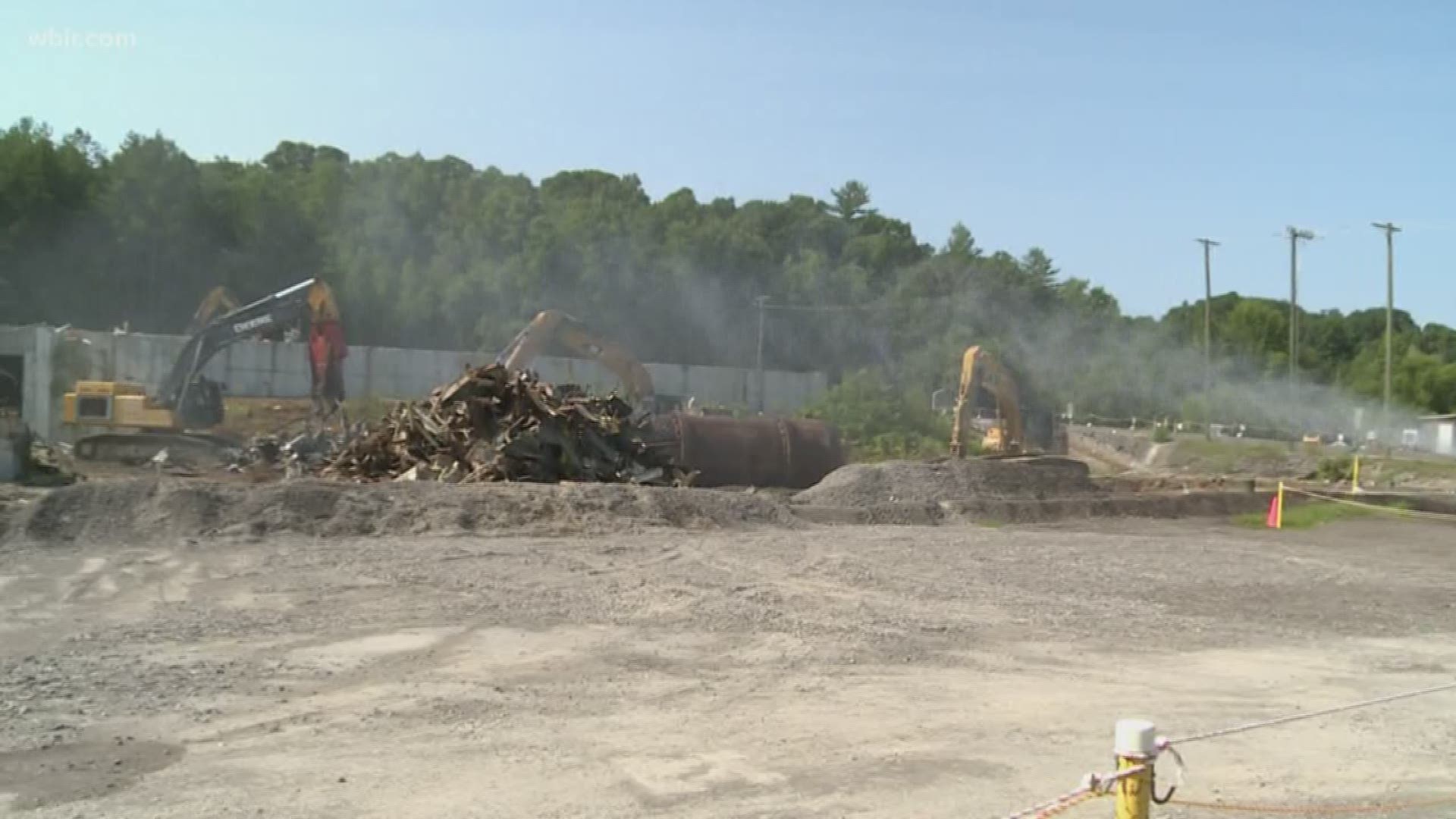 Land set aside for Cold War era missions is making its way back to the community.

The Department of Energy (DOE) says environmental cleanup at the former K-25 site in Oak Ridge continues ahead of schedule.

The site is now called the East Tennessee Technology Park, or ETTP. Cleanup at ETTP is part of a DOE goal to transfer the land back to private sector use by 2020.

So far, contractors have removed more than 400 buildings and transferred more than 1,000 acres of land from the site.

Right now, UCOR contractors are removing the TSCA Incinerator, the latest efforts in the 2020 plan.

"This one's ahead of schedule," said Office of Environmental Management Manager Jay Mullis.

In May, 10News reported on the Oak Ridge Reservation as part of its series on Superfund sites. 10News spoke to Mullis on site at ETTP. The building in that footage is now gone.

"You can see in a few months what progress has been made out here," Mullis said.

The incinerator started operating in 1991. It was the only facility in the country to be able to process certain hazardous and radiological wastes.

"This was our prime facility that was taking in wastes from other sites," Mullis said.

It stopped operating in 2009, and it underwent a rigorous regulatory cleanup process to remove all chemical hazards before major demolition.

Workers expect this demolition to be finished in September. A few other buildings are scheduled to be taken down next year.

"What we would like to see here is land that was taken and used for the Cold War can now be turned back over to the community for future use," Mullis said.

Mullis credits the contractor, UCOR, and funding from Congress.