The vehicle was heading back to Sevierville from a trip to Townsend. The woman who died was a Sevier County teacher. 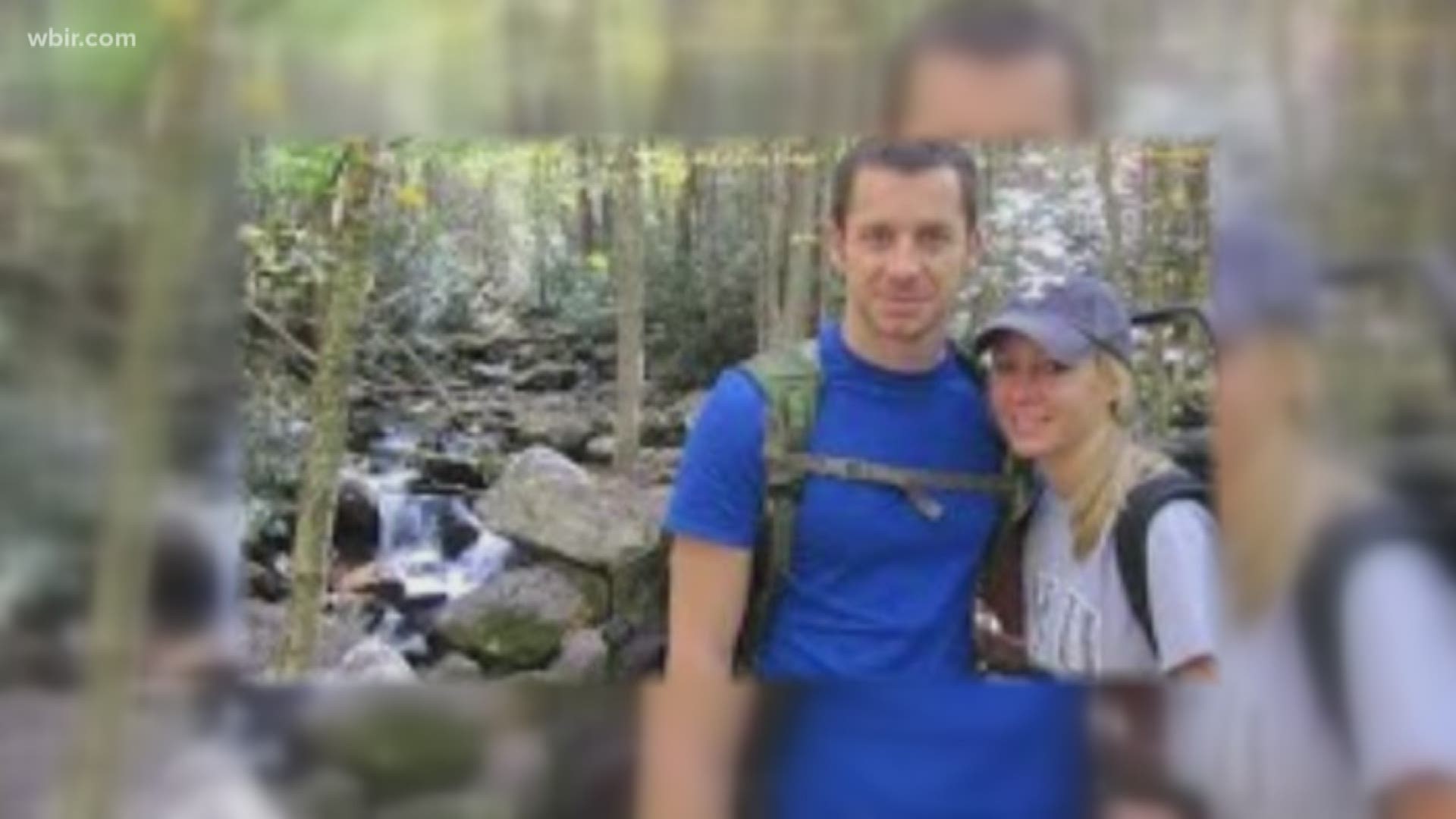 Sevierville spokesman Bob Stahlke said the person who died was Brooke Sampson, the wife of employee Michael Sampson, who also was on the van.

Denney and Dodgen were treated and released from Blount Memorial Hospital around 5:30 p.m. Moncrief's and Raulston's statuses are unknown.

RELATED: Be safe out there! How to drive safely on wet roads

A total of seven people were in the van, according to Stahlke, including six city employees.

Credit: Submitted
One person was killed when a tree fell on a van belonging to the City of Sevierville on Wears Valley Road.

"Brooke had worked part-time for the Public Works Department in the past and was a full-time teacher with Sevier County Schools," according to Stahlke.

Sampson was a 4th grade teacher at Sevierville Intermediate School since 2012, according to Debra Cline, Assistant Superintendent for Sevier Co. Schools. Before that, she taught 5th grad at Seymour Intermediate.

"Our hearts are broken," Cline said.

She said Sampson had a love for children and a passion for education and would be greatly missed.

The van was traveling from Townsend to Sevierville after an American Public Works Association meeting in the Townsend area.

Martin said the van was a city-owned van. It suffered heavy damage when it was struck by the tree.

Some of the employees had to be extricated from the wreck.

Multiple agencies responded to the scene including the Blount County Sheriff's Office.

Credit: Submitted
One person was killed when a tree fell on a van belonging to the City of Sevierville on Wears Valley Road.

Credit: Greg Buchanan
A tree fell on a van on Wears Valley Road Thursday, killing one woman and injuring four others.

High rainfall in January and February has saturated the region's ground, loosening the soil, according to TVA. Some mudslides have been reported in the area.

"The city of Sevierville family asks that your thoughts and prayers be with Michael Sampson and his family, and the families of the injured employees. We respectfully ask for your understanding as we grieve as a City family during this difficult time," Stahlke's statement reads.

Wears Valley Road, shut down while crews worked at the crash, was reopened by about 3 p.m.

Deputy Chief Jarrod MIllsaps with the Blount Co. Sheiff's Office confirmed to 10News that some of the passengers on the bus were injured and are being transported to local hospitals.

Right now, Wears Valley Road near Heaven Lane is closed because of the accident.