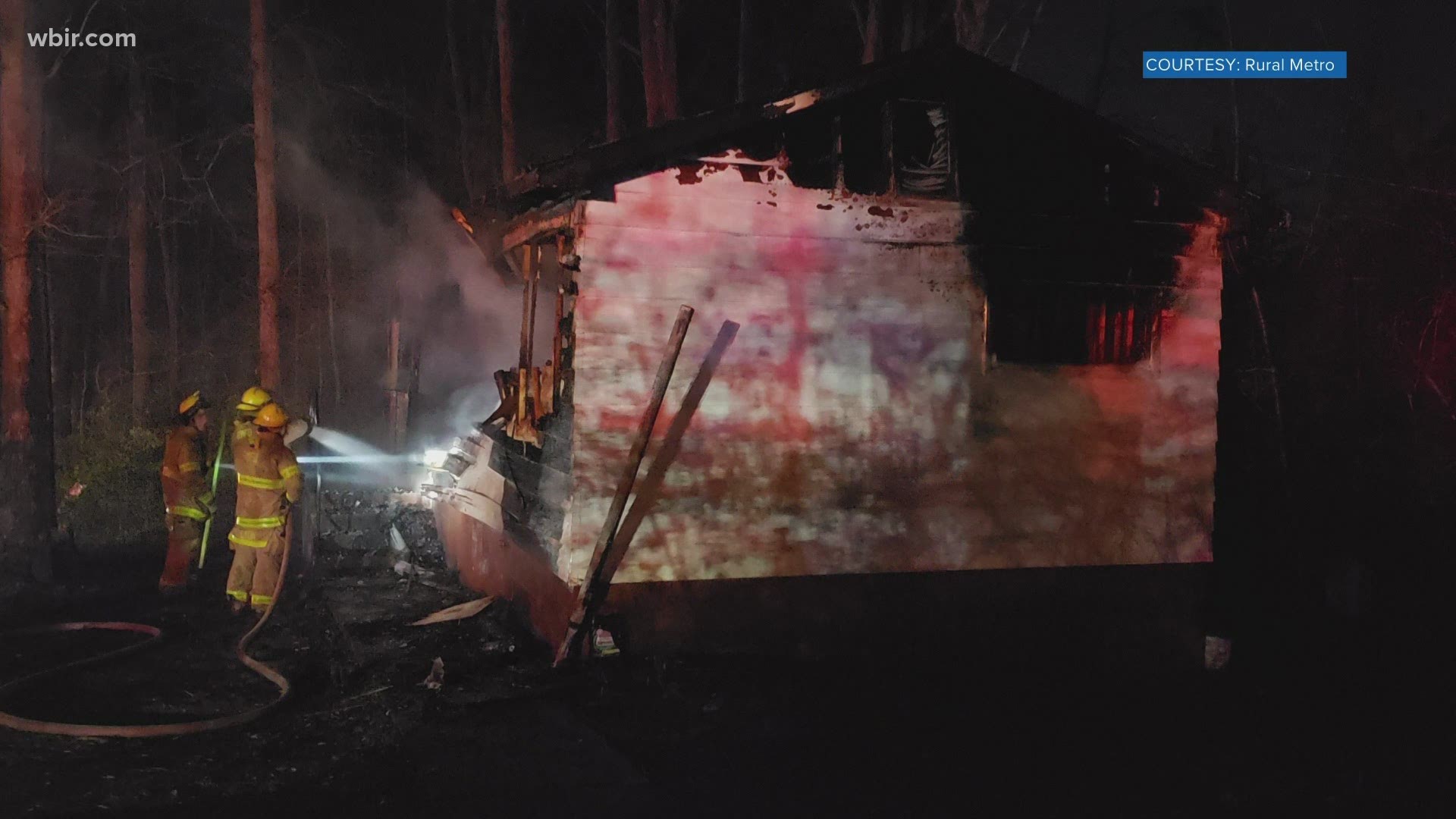 Upon arrival, crews said they found a single-family house fully engulfed by flames with a partial roof collapsed.

The crews brought the fire under control but the overhaul and cleanup were extensive due to the amount of debris in the collapse, Rural Metro Fire said.

According to Rural Metro Fire, no one appeared to be at the house at the time of the fire and the Knox County Sheriff's Office is trying to contact the property owner.

No one was injured and the cause of the fire is still under investigation, Rural Metro Fire added.