Knox County officials have been negotiating more than 18 months with TVA. School authorities have been informed about the talks. 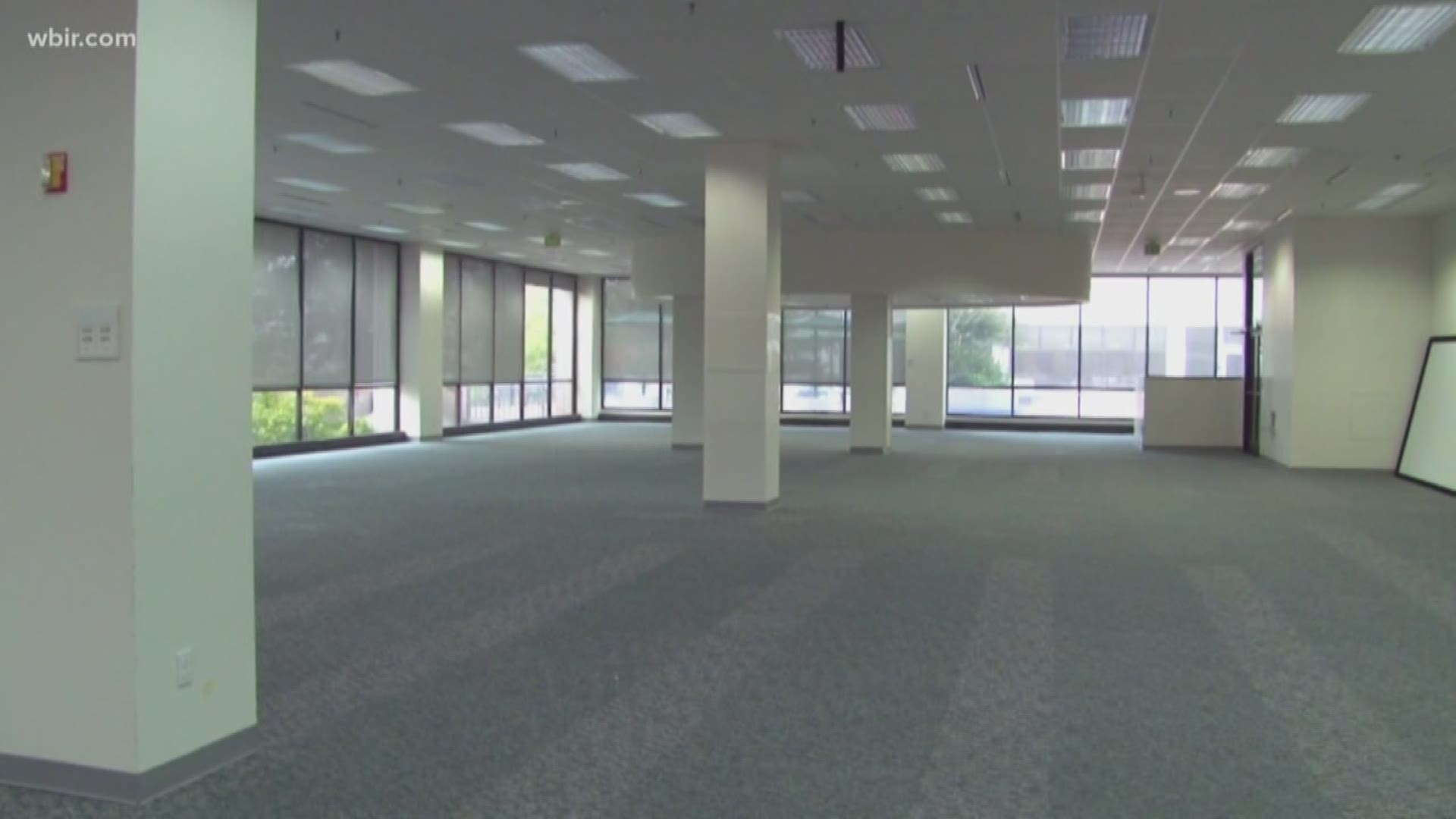 Besides being a bargain at a rate of 37 cents a square foot, Jacobs said, the space also represents a chance for the school system to occupy modern, wide-open quarters and a 700-space parking garage at the north end of Market Square downtown.

The county would essentially lease the tower but could buy the nearby Summer Place parking garage for $1.6 million, widely considered a bargain. Summer Place includes 35,000 square feet of rentable space that's currently occupied by a paying tenant.

"Once you get a clear picture, it just makes sense," said Jacobs, in office since September 2018.

Former Mayor Tim Burchett, Jacobs' predecessor, negotiated with TVA to move into the tower, but his second term ended in 2018 before the deal could be solidified.

TVA would grant an easement for the county to take over the tower's 12 floors. The school system would use the first six levels, and could sublet the upper six.

TVA would continue to control the basement under the east tower, the site of its data center.

"TVA has been a good negotiating partner," Jacobs said.

The easement has an effective life of 40 years, considering several lease options. County authorities say there's a chance ultimately the county could buy the building, one of two TVA towers at the very north tip of Market Square.

The University of Tennessee system, now scattered across several locations in Knoxville, has expressed interest in taking up the other six floors in the east tower.

Knoxville journalists joined the tour Monday morning. Some school board members and commission members previously have walked the space, as well as Superintendent Bob Thomas, who has expressed reservations about a move.

Some floors of the tower were occupied as recently as two years ago, according to authorities. TVA has consolidated its space needs, freeing up the east tower in general.

County finance director Chris Caldwell said he hoped contracts for the deal could be presented to Knox County Commission next month. The school board also will have to sign off.

School administrators would shift from the publicly owned Andrew Johnson Building on Gay Street downtown. The A.J. Building is a former hotel, dating to the late 1920s.

It's doubtful the entire administrative staff could move by next fall, but at least some divisions could be in the east tower in 2020, Caldwell said.

Some school departments and units are scattered across several floors of the A.J. Building. Moving to the TVA East Tower would allow for more consolidation and improve efficiencies, according to Caldwell.

The county also hopes to sell the A.J. Building for $6 million, the current offering price by a Nashville developer. The sale would put the building back on the tax rolls, an idea first championed by Burchett.

Caldwell estimates the net outlay for the county to lease-buy the TVA space is $7.6 million. factoring in sale of the A.J. Building as well as costs to prepare the east tower and Summer Place for occupancy.

TVA is continuing to renovate the empty tower, according to architect Mike Dooley of BarberMcMurry, which is helping the county with plans.

More improvements to come would include carpeting and blinds, Dooley said.

Some county commissioners and school board members question whether the move is a good idea. They've questioned why the tower was empty in the first place and whether the move would hinder public access. They also wonder if it's a smart idea to give up ownership of the A.J. Building and lease space.

Also, TVA has stricter security measures than the county to get into its properties. The county would have to abide by those requirements.

Jayne Burritt is CEO of the Public Building Authority, which is now in charge of security at the A.J. Building. Burritt, present for Monday's tour, said an average of seven to 15 people a day who are not school employees come to the building, suggesting stricter security measures will have a relatively small impact on the public at large.

School board meetings would continue to be held in the City County Building, according to Caldwell.

Jacobs said he doubts the county could get more than $6 million for the A.J. Building. As a 90-year-old building, it'll require extensive refurbishment. Construction costs also are going up, he said.

TVA's tower, meanwhile, is practically ready for occupancy, he said.

"This is a modern building," Jacobs said.