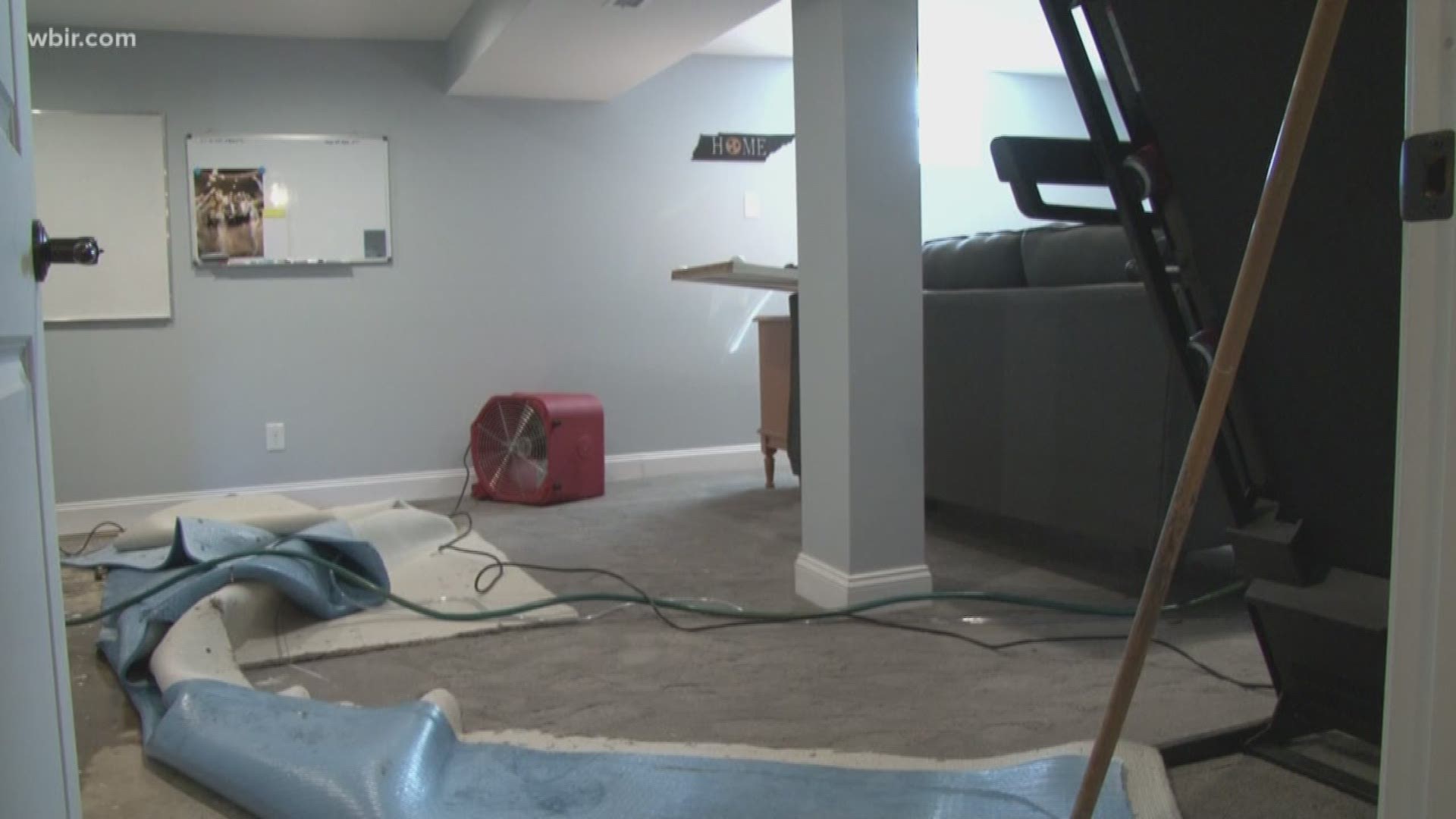 KNOXVILLE, Tenn. — Ducking into the back entrance of a finished basement in North Knoxville, Jesse Cornett's shoes squish into the sopping carpet.

This home had half a foot of water in it this weekend. Now Cornett, who owns Hometown Restoration Group, is hard at work drying it out.

"We had three 60-gallon-a-minute pumps running," he said.

RELATED: Northshore neighborhood entrance flooded for days with no way in or out 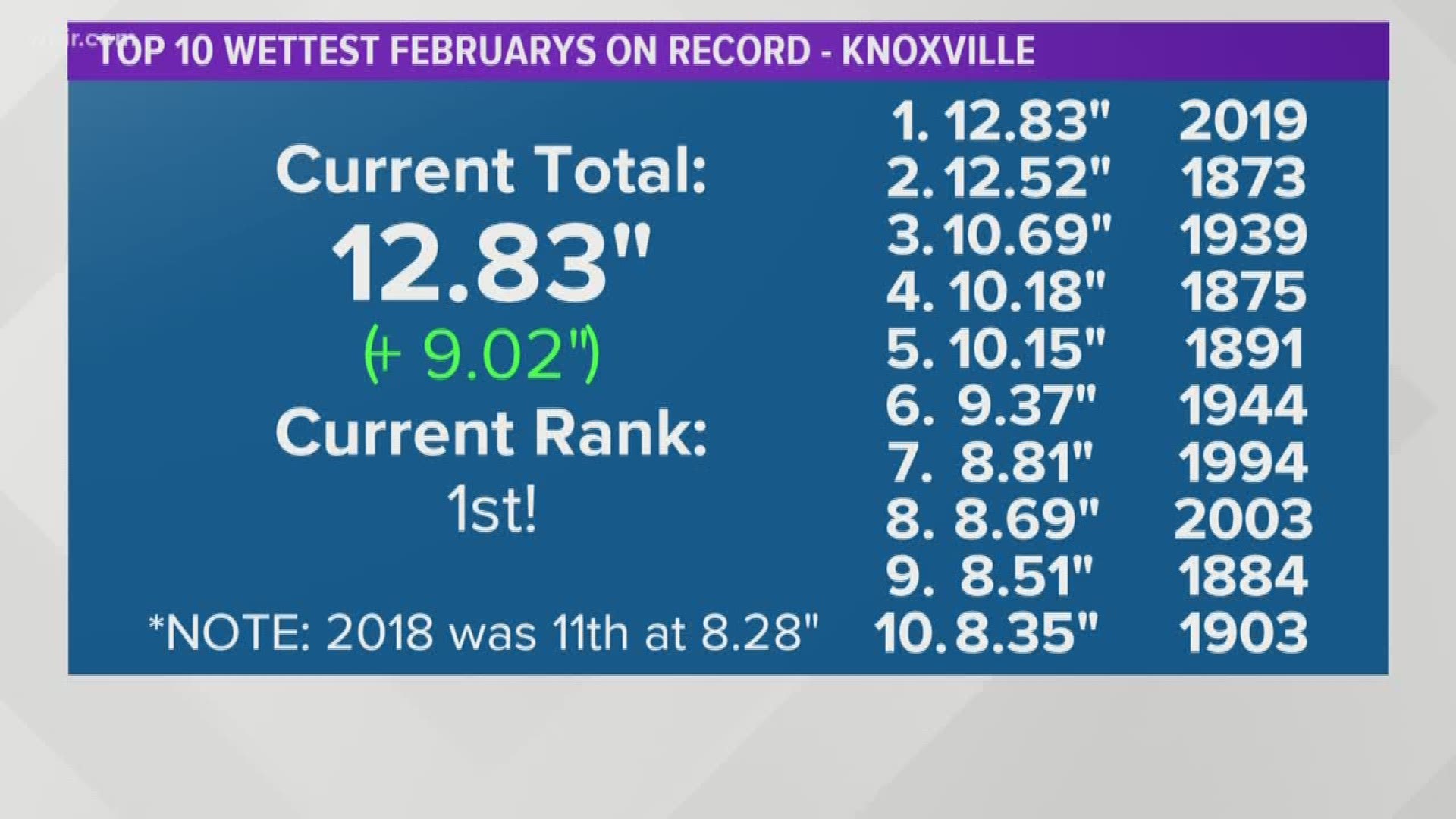 He's brought in heavy duty equipment to help dry it out--and this isn't the only home. His phone hasn't stopped ringing Monday.

"Most people don't have flood insurance in Tennessee," he said. "The typical job for water mitigation is somewhere in the two to three thousand dollar range."

Other people are dealing with the water on their own, turning to local hardware stores for help.

RELATED: How to report your flood damage in Knox County and Knoxville

"Our phone has been ringing off the hook here looking for sump pumps," Sam Henson, the manager at the Ace Hardware on North Broadway, said.

He said they ran out of pumps days ago and only had a couple wet vacuums left, and they were going fast. 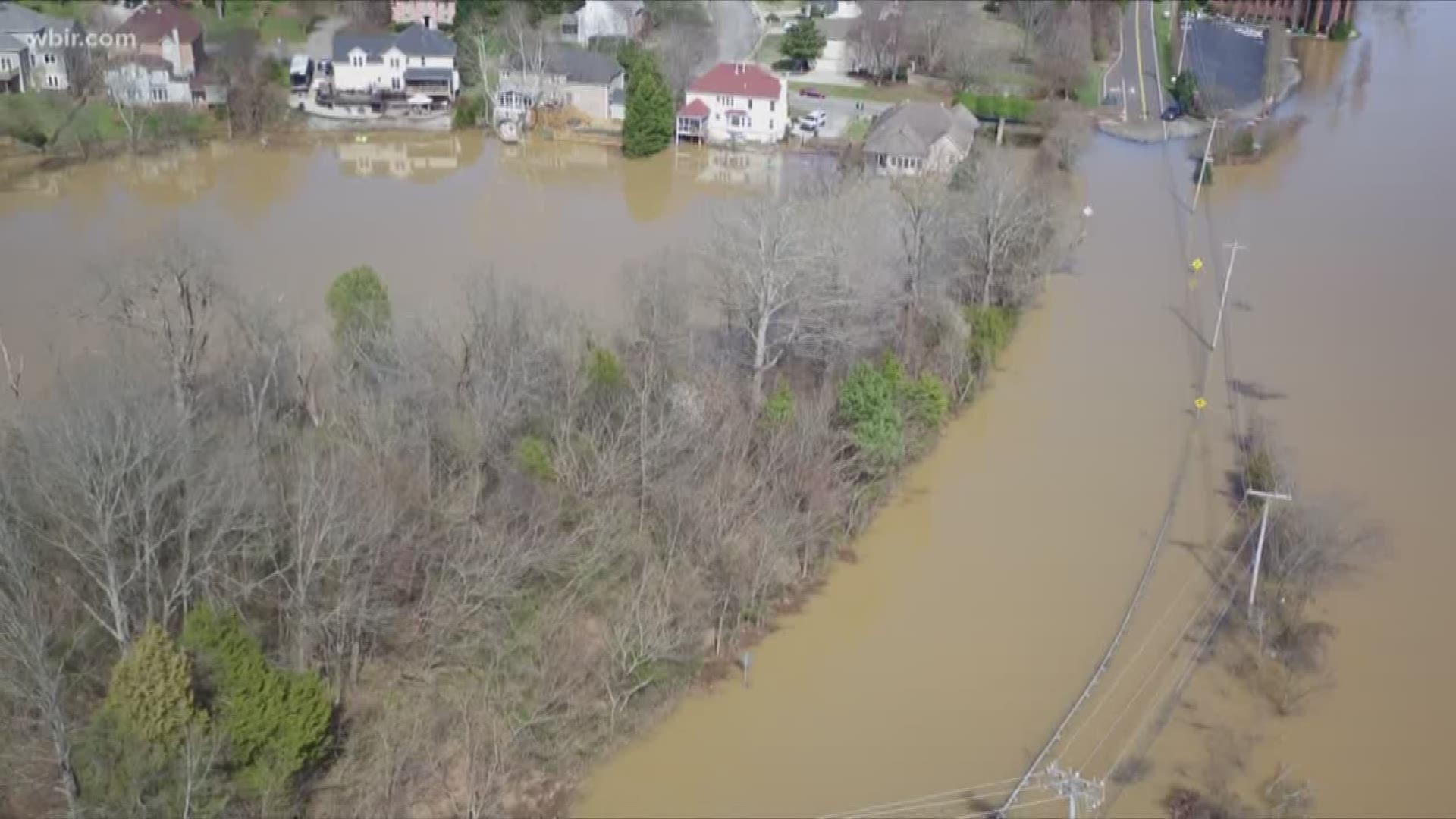 "Basements are flooded, I've heard from 5 inches, I've heard to two feet of water," he said.

And even for those whose basements aren't flooded, newly-formed lakes in the backyard can cause big problems.

The water flooded the Delisle family's HVAC unit and shut off the heat.

"It's getting chilly in the house we've been bundling up," Cherylynn Delisle said.

And she's not sure where to turn for help.

"Is it possible to get fixes and repairs done and like take a loan out for it? Because I don't have a chunk of change to get it done," she asked.