Last April, 12-year-old Jajuan Latham was shot and killed while sitting in the back of his father's SUV. 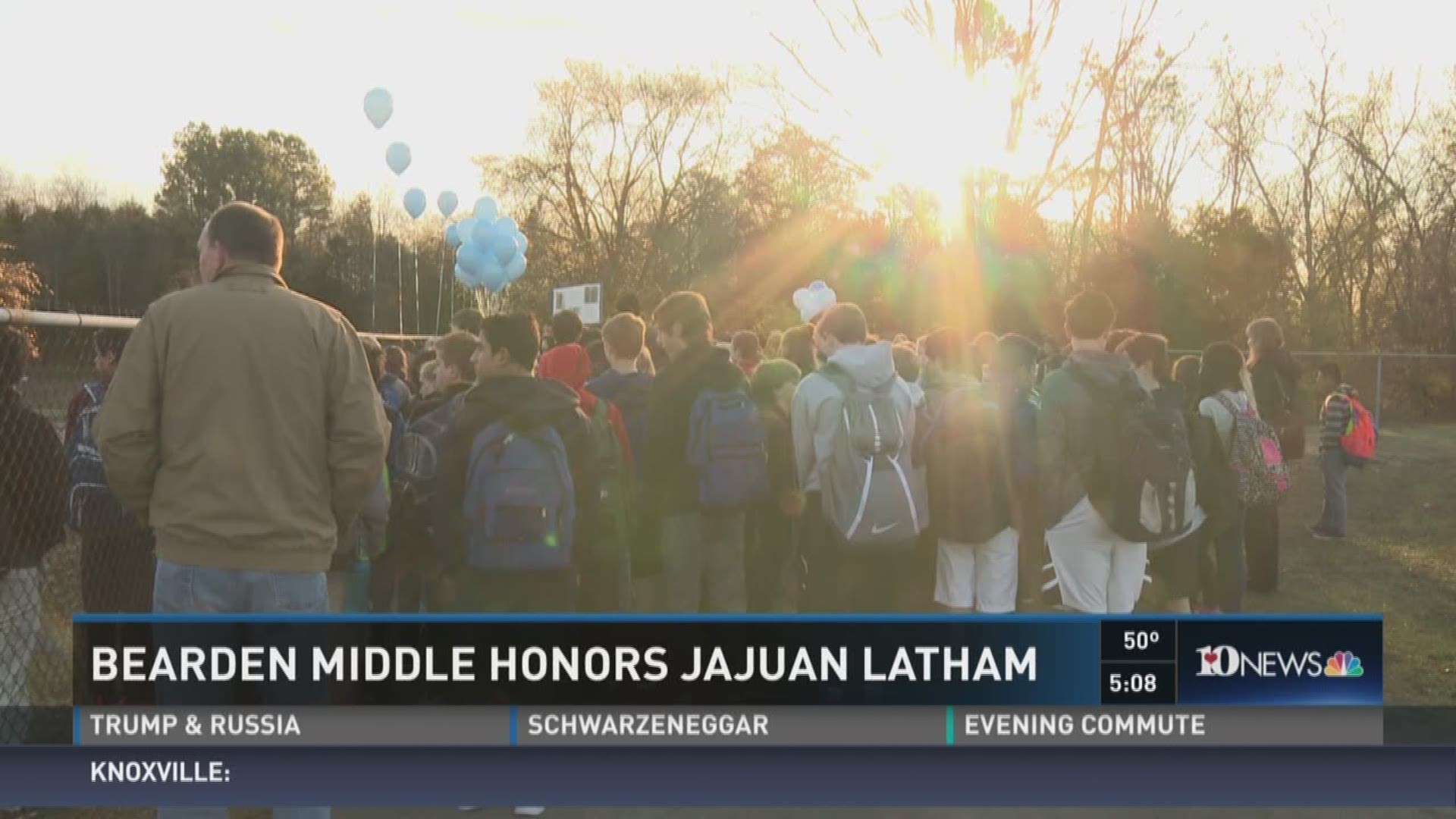 On what would have been his 13th birthday, family and friends are remembering a young boy taken by gang violence.

Last April, 12-year-old Jajuan Latham was shot and killed while sitting in the back of his father's SUV. They had stopped to pick up a friend at a Mechanicsville park when the shooting happened. The pair had just attended a celebrity basketball game that  honored Jajuan's cousin, Zaevion Dobson, who was also an innocent bystander killed by gang violence.

Friday morning, family and friends gathered at Bearden Middle School to release blue balloons in memory of Jajuan--- blue because his favorite sports team was the North Carolina Tar Heels.

Jajuan's classmates all signed a blue heart and filled a box with memories of their friend, and gave it to Jajuan's mother.

She called this a bittersweet day, but was thankful that people would remember her son.

"He was unforgettable," Dalendra Porter said. "If he were here, he'd be running around, making people laugh. Dancing. It's bittersweet, but I'm just so happy and grateful that it was able to happen."

No one has been charged in Latham's death, but a man police call a "person of interest" is on jail on unrelated charges.