The hospital vows to continue to remain open. 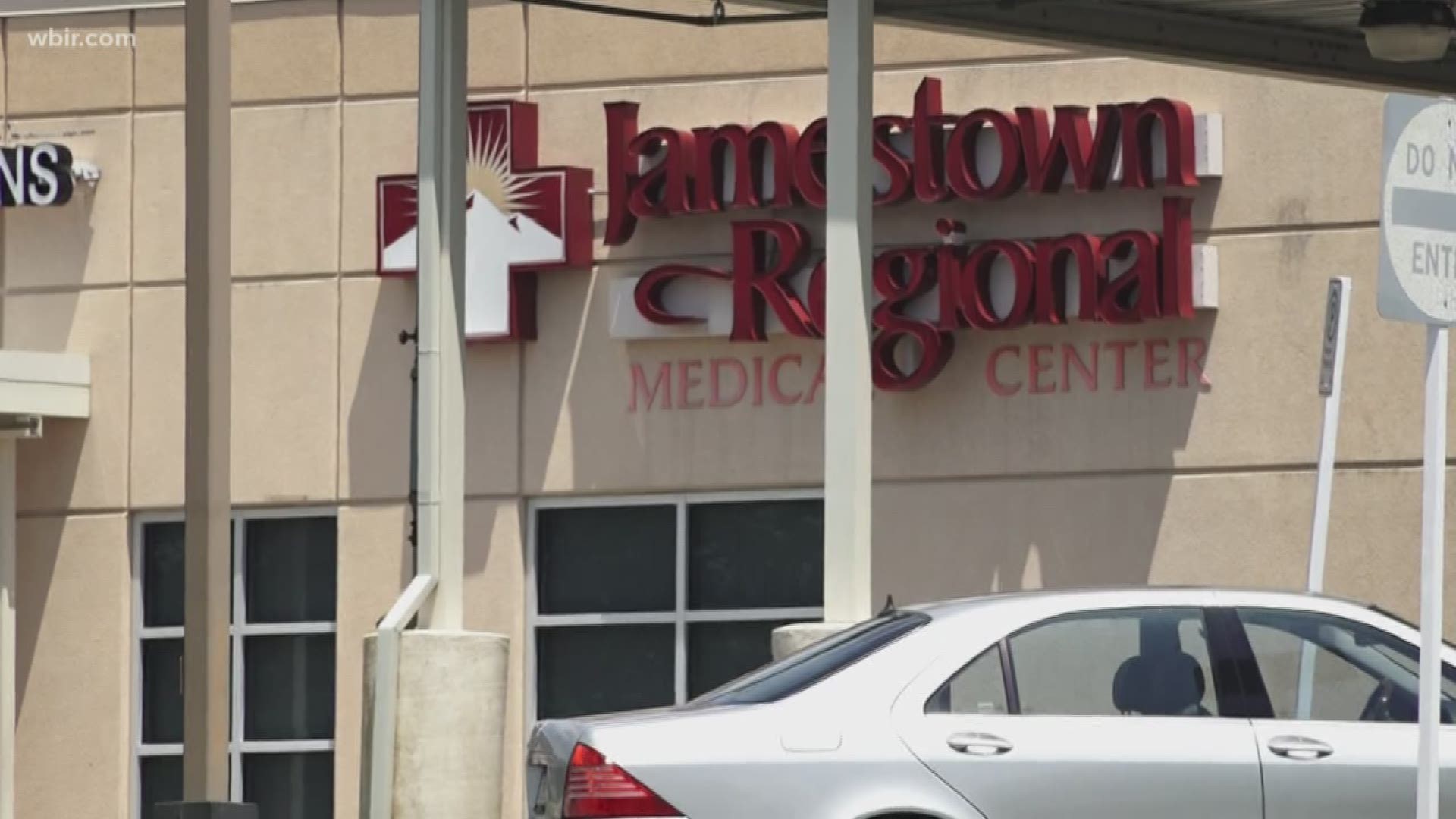 But if anyone were to need to actually go to the emergency room, it would not feel that way.

"They were out of a lot of supplies that they need to operate," said Fentress County Executive Jimmy Johnson. "For the safety of the residents of Fentress County, they thought it would be best to go into diversion mode."

The hospital is the only one in Jamestown and Fentress County. The next closest is more than 30 miles away and takes more than an hour to get to.

"It’s our center of care, it’s our main care for this area here," said Micah Dunford, the Director of the Fentress County ambulance service. "With the hospital on ambulance and admission diversion, we are now taking our patients to the closest appropriate facilities. That means Cookeville, Crossville, or Livingston which is about 40 minutes to an hour away."

The Jamestown hospital is owned by Rennova. In a statement, a spokesperson said the company had no plans of closing the hospital or either of the other two it owns in Oneida and Jellico.

"We have no plans to close hospitals. Quite the opposite, the hospitals you mention have recently been acquired by Rennova as part of a long term business strategy." the company wrote. "Unfortunately the transition of one of the hospitals mentioned has been more tumultuous that the others and resulted in an unexpected reduction in monthly collections over the past three months. This increased the financial pressure on the business but is being immediately rectified. We are very comfortable that this along with new management will result in an immediate correction to a number of recently reported matters and will ensure a successful future for the hospital."

Rennova properties in East Tennessee have several liens and lawsuits filed against them, totaling up to hundreds of thousands of dollars.

The Fentress County Register of Deeds says a federal tax lien of more than $470,000 was filed against the medical center in February of this year. The total is $474,294.81 in unpaid balance to the Internal Revenue Service.

Another lien in Fentress County shows Smith Electric claims Rennova and the Jamestown hospital owes the company $11,322.07. The electrical company states they worked on improvement projects at the hospital.

In Scott County, an unpaid balance of $1,464.49 is owed to the Internal Revenue Service. A lien has been filed for that as well.

Court records also indicate a lawsuit was filed against Rennova for more than $252,000 by a former employee who claims he is owed unpaid wages and money for unused paid time off.

According to SEC filings, Rennova also has large financial deficits.

"At September 30, 2018, we had no cash on hand from continuing operations, a working capital deficit of $30 million and a stockholders’ deficit of $30.1 million. In addition, we incurred a loss from continuing operations before other income (expense) and income taxes of $2.8 million and $8.9 million for the three and nine months ended September 30, 2018, respectively," the filing states.

Even with the financial woes, the company vows to keep the Jamestown hospital open, even if they don't have the supplies to treat patients right now.

"As far as closing, I talked with the owner and he definitely does not want to sell the hospital at this time," said Johnson. "They’re wanting to regroup, to get supplies back into the hospital so we can actually operate the hospital in a normal situation."