JOMO Week: What is the 'Joy of Missing Out?' 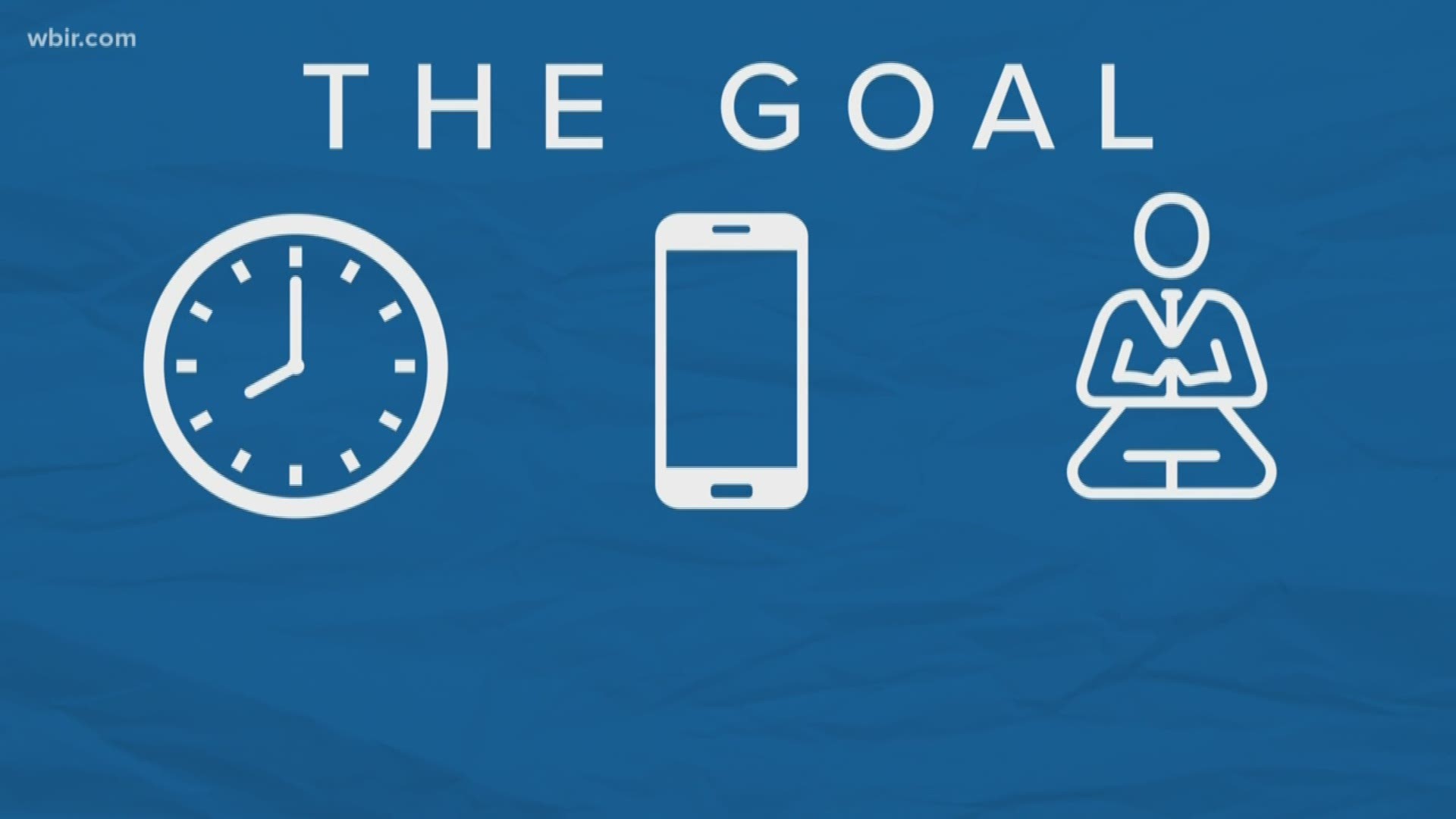 What in the world is 'JOMO?"

All week on the 10News Nightbeat we will be exploring the 'Joy of Missing Out' by analyzing a trend that challenges people to disconnect more often from technology, live in the present, and analyze their own online life and habits to find the joy of being more intentional with the time they spend.

In particular, it encourages people to commit to using more time living and observing in the moment with the phone down, rather than cataloging, sharing and engaging constantly on digital outlets like social media.

An example of 'JOMO' before the term was coined that you've likely heard someone talk about in the last ten years would be finding the joy in keeping the phone off when eating with others and intentionally engaging in uninterrupted small talk, instead. If you recall life before cell phones, it was common for many families eating dinner to ignore ringing phones and call people back later.

►JOMO Week: Families disconnect from phones to reconnect in the Smokies

The term JOMO appears to have been first popularized by author Christina Crook, who in 2015 penned her first book 'The Joy of Missing Out: Finding Balance in a Wired World.' Crook has since appeared on a number of news, variety and talk shows to discuss the topic.

"'The Joy of Missing Out' considers the technologically focused life, with its impacts on our children, relationships, communities, health, work and more, and suggests opportunities for those of us longing to cultivate a richer on- and off-line existence," the synopsis reads.

In the book, Crook offers her own perspectives on 'finding balance in a wired world' by embarking on an internet fast for one month -- which she said created a case for increasing 'intentionality' in our daily lives.

Three years after the book was published, the JOMO trend appears to be taking off -- with many people likening it to a digital diet that engages in self-care.

JOMO contrasts with a similar observation: FOMO - the 'fear of missing out.'

FOMO is a term that's been around long before social media and smartphones were popular to describe a fear or regret that comes with not being continually connected and engaged with what others are doing.

However, FOMO has also taken on new meaning in modern times where people have instant access to each others' lives through the internet and social media.

Both JOMO and FOMO are similarly concerned with the psychological impact of being obsessed over 'missing out' on interaction and connectivity in the smart phone era, but JOMO spins the 'missing out' aspect in a positive way as something that should be embraced rather than feared to help people reconnect with themselves and others.