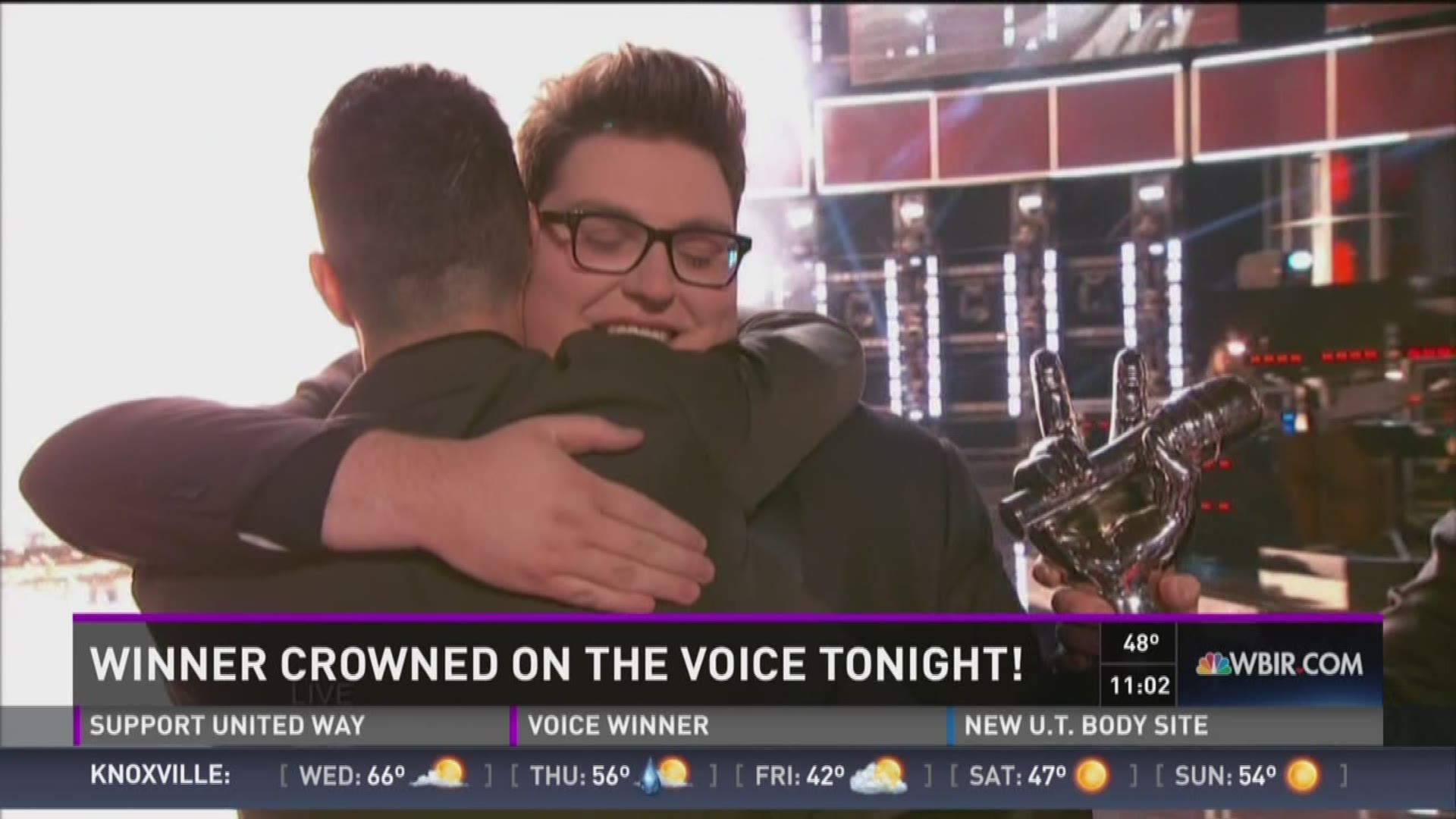 From Harlan to Hollywood…Jordan Smith is the season nine winner of "The Voice."

The humble southern Kentucky singer wowed over all four judges and inspired America from the beginning. His unique sound led to countless standing ovations and landed him at the top of the iTunes singles chart a record number of times.

During the finale performances, judge Pharrell Williams exclaimed that America was ready for Jordan Smith to make a record. Now, he'll get that chance. As the season nine winner, he gets a recording contract with Republic Records.

If his iTunes success has been any indication, lots of people will be anxiously awaiting his debut album.

It was clear even from Jordan's blind audition back in summer that he had his own style that couldn't be imitated. His flawless performance of "Chandelier" brought the judges to their feet and had each one trying desperately to get him on their team.

His eventual coach, Maroon 5 front man Adam Levine, told Jordan in that moment that he believed the world needed a person like Jordan.

"I think you're the most important person that's ever been on this show," Levine said.

Adam even began calling Jordan his "unicorn," to emphasize just how rare he was as a singer and a person.

Throughout the course of the show, Jordan somehow found a way to raise the bar week after week, but remained humble all along. Adam Levine described Jordan's semi-final rendition of "Somebody to Love" the best performance in the show's nine years. And yet, Jordan came into the finals and topped it with three more incredible songs.

When "The Voice" revealed Jordan as its season nine winner, he stood right beside another local singer. Knoxville's Emily Ann Roberts was the runner-up.

Despite her age, Roberts found her share of success on "The Voice" while taking on some of country's biggest hits. She was just 16-years-old when she auditioned. 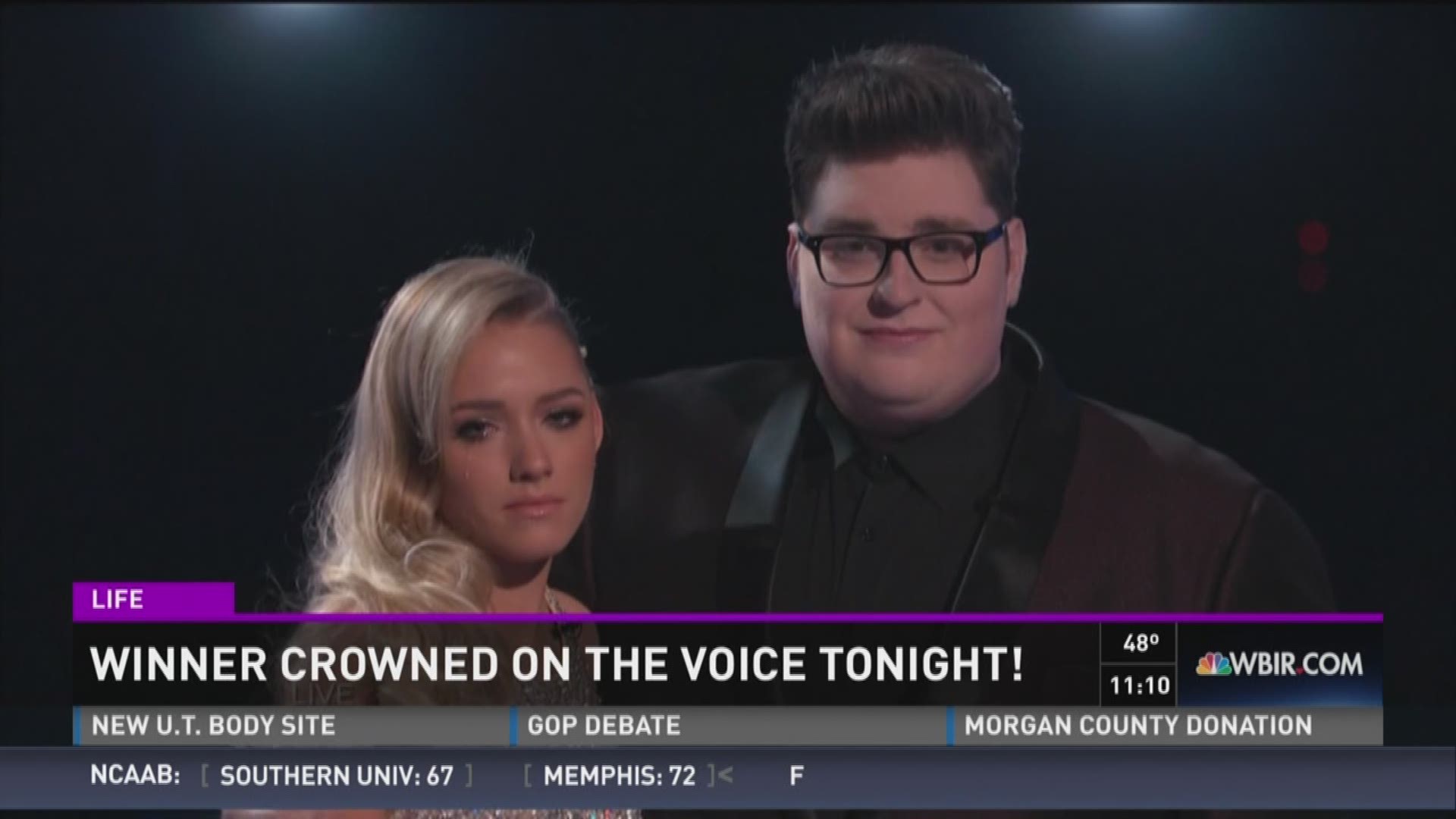 Viewers all across the country got to watch as she matured each week and found her comfort level in the competition.

Back home in Tennessee and Kentucky, hundreds of people gathered Tuesday night at watch parties to cheer on the hometown stars and await the results.

Throughout this season of "The Voice," 10News anchor Russell Biven has been in Los Angeles following the journeys of our local contestants. 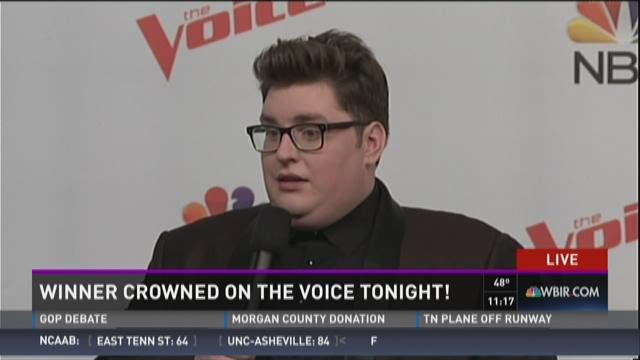