The lawsuit filed by several District Attorneys General in Tennessee argued that the drug manufacturers operated in an illegal drug market. The judge disagreed. 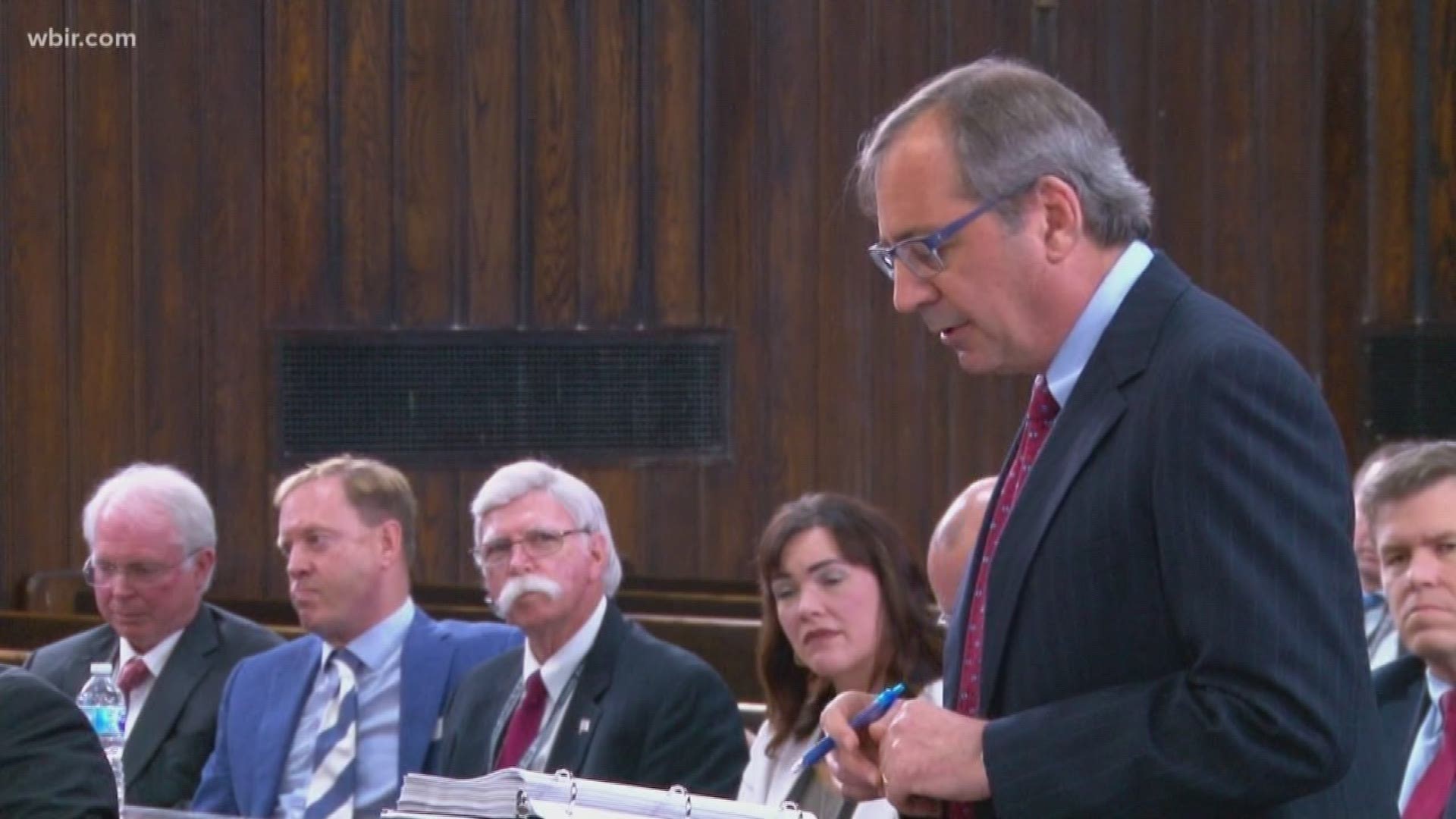 CLAIBORNE COUNTY — A judge has dismissed a lawsuit filed by several District Attorneys General in Tennessee against some of the largest drug manufacturers in the country for their role in the opioid epidemic.

Circuit Court Judge John D. McAfee ruled that it is legal for the drug manufacturers, including Purdue Pharma, to make and distribute FDA-approved medications and sell them through DEA-registered distributors.

He dismissed the argument that the defendants were participating in an "illegal drug market" as defined in Tennessee's Drug Dealer Liability Act (DDLA).

"The Court disagrees with the plaintiff's assertion that because of the Manufacturer Defendants' business and marketing practices, the otherwise legal production and distribution of opioid medications becomes illegal by over producing and by the subsequent criminal conduct of other unrelated actors," the judge wrote in his decision.

For nearly two hours Thursday morning, Judge John D. McAfee heard arguments from lawyers in a hearing to dismiss a lawsuit implicating some of the largest drug manufacturers in the country for their role in the opioid epidemic.

In front of a handful of onlookers at the Claiborne County Court House, lawyers representing several District Attorneys General in Tennessee argued the lawsuit they filed should move forward. Lawyers representing the drug manufacturers, including Endo and Purdue, argued the suit should be dismissed.

Bert Wolff, the attorney representing the drug manufacturers, argued the plaintiffs do not have the legal standing to bring the lawsuit under the Drug Dealer Liability Act.

"The manufacturer defendants have collectively brought a motion to dismiss the amended complaint in this matter," said Wolff. "The District Attorneys General lack standing because they have neither suffered an injury or shown that the act authorizes to bring this action in their own names."

Wolff argues the drug manufacturers participate in a legal business and sell a legal product which is monitored strictly.

"The manufacturer defendants make a legal product that is legally sold and legally distributed into the stream of commerce through a highly regulated closed distribution system," Wolff said.

Gerard Stranch, the attorney representing the District Attorneys General, argued the drug manufacturers knowingly pushed addictive medication on the public and should be held responsible for the opioid epidemic and the deaths that have occurred because of the drugs.

While the plaintiffs argue the drug manufacturers fail to control where the drugs go once they are passed along to distributors, the defendants say they hold no liability for the hands the drugs may end up in.

Judge McAfee is set to issue an order on Friday to decide whether the suit will go forward. The District Attorneys General hope this case will eventually go to a jury trial.