A new vaping trend is gaining popularity in the Knoxville community, according to local vape shops. 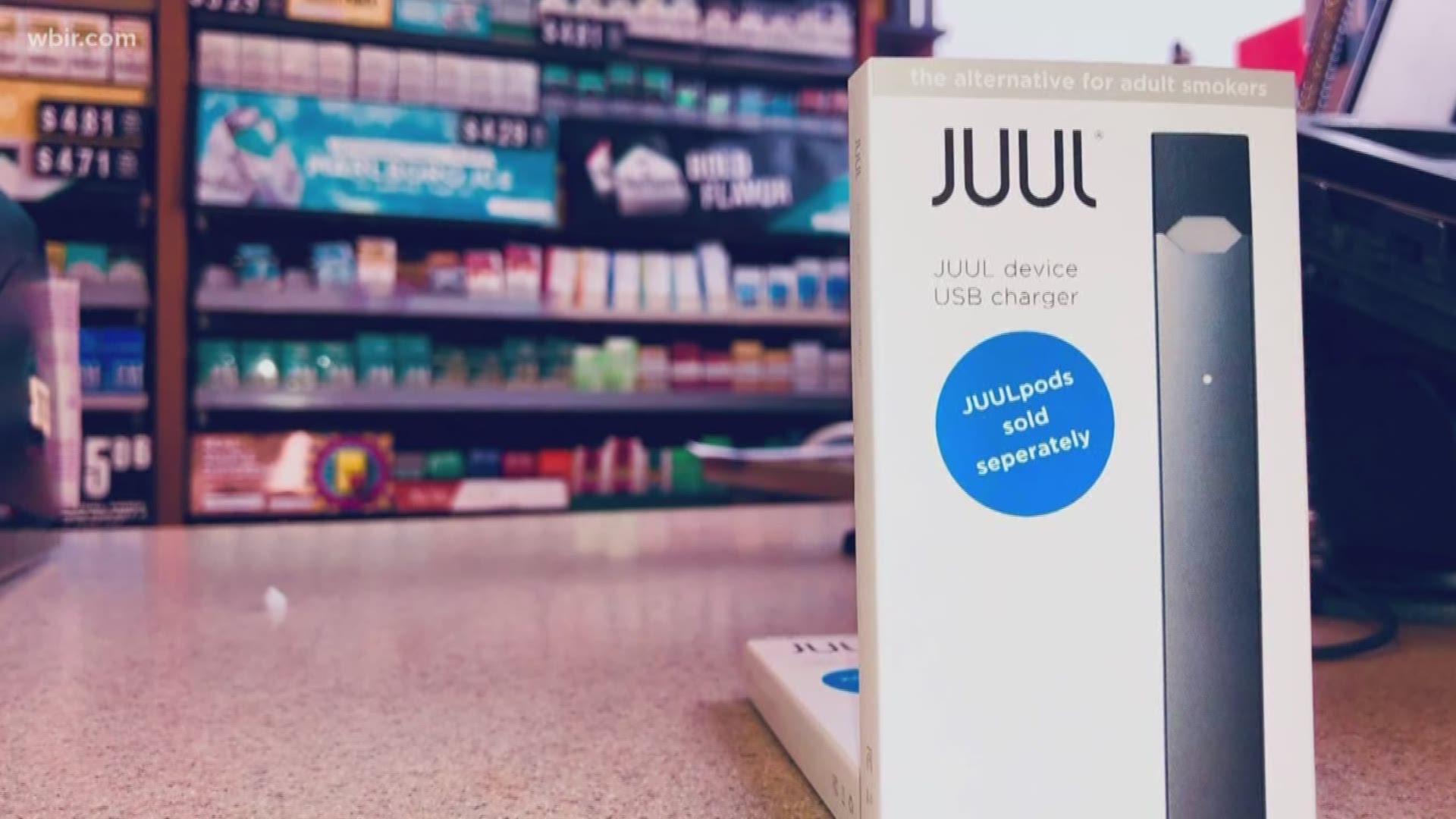 A Juul is a small e-cigarette, shaped like a flash drive and one pod contains as much nicotine as a pack of cigarettes.

‘It's kind of just taken over the market and blew up and people are loving it. My customers rave about it and basically say it's stronger than a vaporizer and it gives them a cigarette sensation,” a vape shop worker in South Carolina said.

Here in Knoxville, they can be found at some convenience stores, but vape shops are split on whether to sell or not. Some don't sell them because they say they're bad for the industry because kids are using them for the wrong reasons and they don't have any options for zero nicotine.

Dr. Steve Masters said taking them for a buzz is a bad idea.

Masters said too much nicotine could lead to serious side effects, even death. Also, all it takes is one or two puffs to become addicted.

“Because it's so addictive, if young people start doing it they will probably start smoking, It's a real possibility,” he said.

Right now, anybody over 18 is allowed to buy these devices. 10News is still waiting to hear back from Knox County Schools to see if they’ve had any specific cases involving the new trend. We do know that one has been confiscated at a high school in Blount County.