Musical sensation Kanye West sang in Pigeon Forge -- but it wasn't a concert. 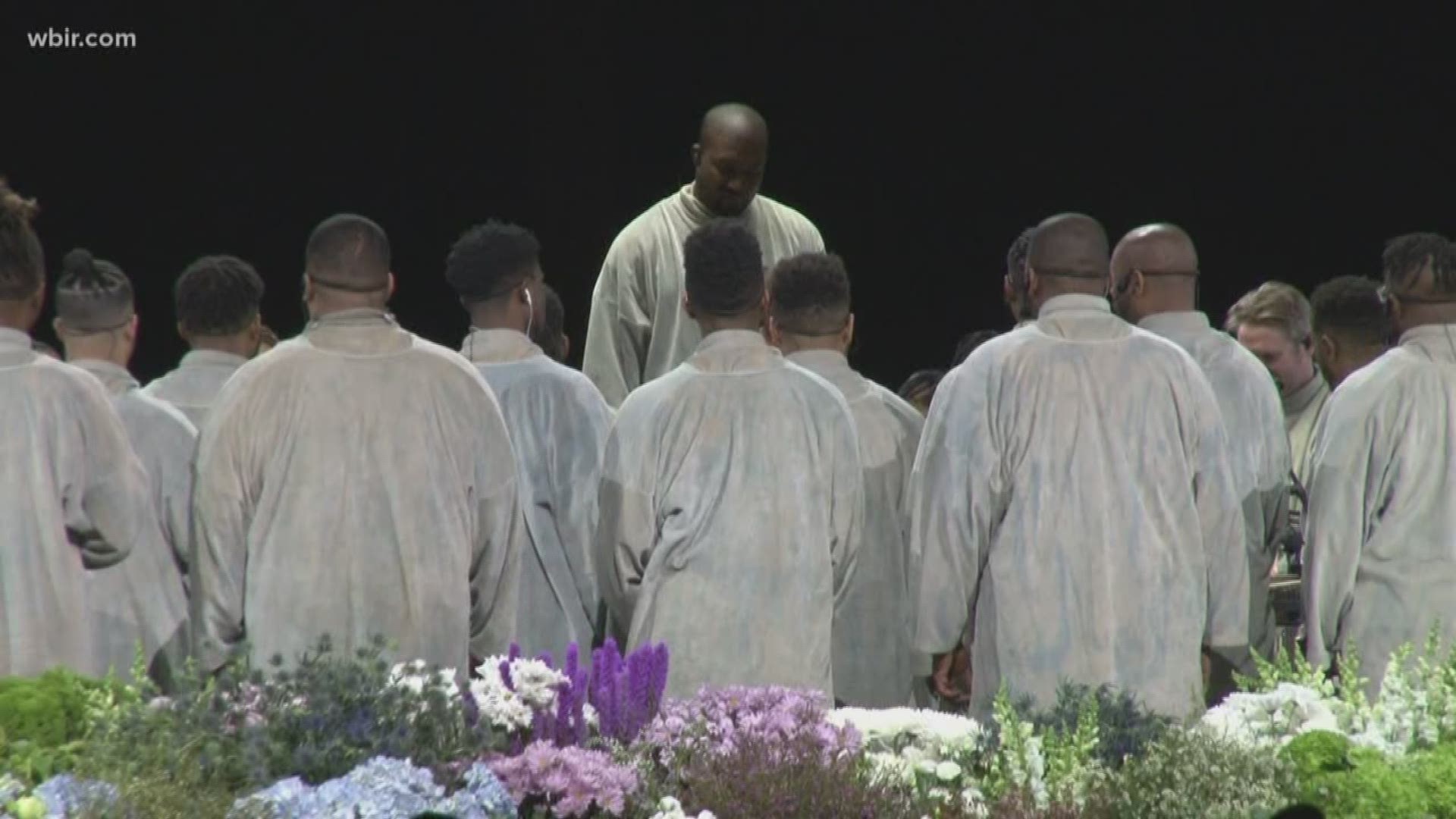 PIGEON FORGE, Tenn. — Kanye West is a household name for his pop music, which spans genres like hip hop, soul and gospel.

His visit to East Tennessee, however, wasn't a typical concert. West performed at the Christian youth conference "Strength to Stand," attended by around 17,000 people.

The artist recently proclaimed his newfound focus on faith, even releasing a gospel album. Pastor Scott Dawson, the lead pastor over the event, said the singer's transformation struck a chord with many Christians.

"Everybody goes 'Well, um, aren't you skeptical?'" Dawson said. "To me, I go, anyone who reads the New Testament understand the power of Jesus, because there was a man named Saul that was transformed by Christ and became the greatest missionary the world's ever seen."

In the 10News video below, West performs part of "Closed on Sundays," one of his newer songs.

Many youth groups had already planned to attend, but the singer's star power helped draw many more.

"For him to be able to be on a platform to share the transformational power of the gospel, we believe this is part of God's divine appointment for a movement to go across this country," Dawson said. "This is unlike anything we've ever seen in 30 years of youth conferences."

Dawson doesn't know who will headline the conference next year, but he has high hopes for the future.

"We believe that this is a start of something more than a conference. This is the start of a movement," he said.

RELATED: Lizzo named The Associated Press' Entertainer of the Year