About 95% of referrals to the Behavioral Health Urgent Care Center come from the Knoxville Police Department. 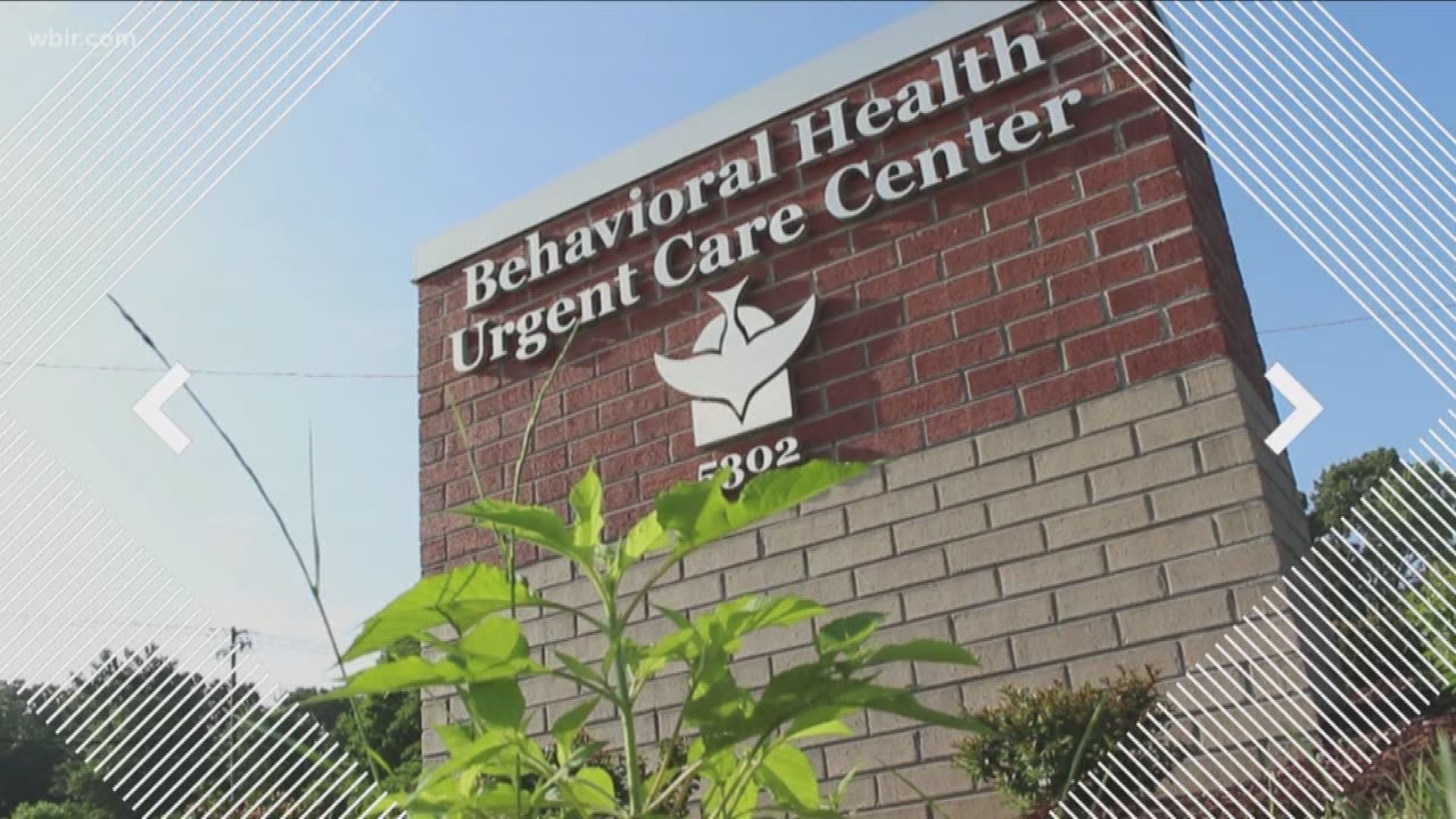 KNOX COUNTY — Seven months after the Behavioral Health Urgent Care Center opened its doors as an alternative to jail, the vast majority of the referrals come from the Knoxville Police Department. The Knox County Sheriff’s Office is responsible for only a handful of referrals in the first months of the center’s operation.

"I think everyone in Knox County, in Knoxville is a supporter of it. If it helps one person, we’ve done something," said Knox County Sheriff Tom Spangler. "In law enforcement, change is different. Change is difficult sometimes. You have to work with everyone who is involved with it."

Since it opened in March, KPD and KCSO brought more than 330 people to the center. The number is lower than originally anticipated.

"We’re seeing about 95%, 96% of our referrals coming from the Knoxville Police and the balance coming from the Sheriff’s Department," said Jerry Vagnier, the President and CEO of the Helen Ross McNabb Center. "I think we probably thought we’d be closer to 400 or 500, so we’re not off by a lot. It was hard to anticipate."

The Helen Ross McNabb Center runs the center to give people who have committed misdemeanor crimes a chance to get treatment instead of going straight to jail. The Sheriff's Office -- under Spangler's predecessor -- started the diversion program to help reduce jail crowding.

Both the Sheriff's Department and the Helen Ross McNabb Center anticipated KCSO would refer about 85% of patients, 10% higher than the current rate.

Spangler says the disparity in the number of referrals coming from KPD compared to KCSO was always anticipated. He says there are more people in the city who commit crimes than in the county.

"People who are either arrested for public intoxication, urinating on the sidewalks, things like that, they have more of that going on than we have that in the county," Spangler said. "What we want to see too is if it’s continuing to grow as far as the numbers at the BHUCC center, to see if those people are really benefiting from it."

Spangler says he continues to support the center and would like to see more built in Knox County.

"We’d love to see at least the state step in and say, hey, we need to build another facility, a mental health facility," Spangler said. " Let’s jump into it with both hands and both feet."

The Behavioral Health Urgent Care Center was recently chosen as one of four initiatives across the country to be a part of a nationwide study. The Arnold Foundation will evaluate the program and how the interventions work in keeping people out of the criminal justice system.

"We’ve had the opportunity to work with a new entity, the Arnold Foundation, who is going to study our outcomes," said Vagnier. "They’ve selected us as one of four nationally to evaluate."