KFD said the fire appears to be accidental and scorched about four acres. 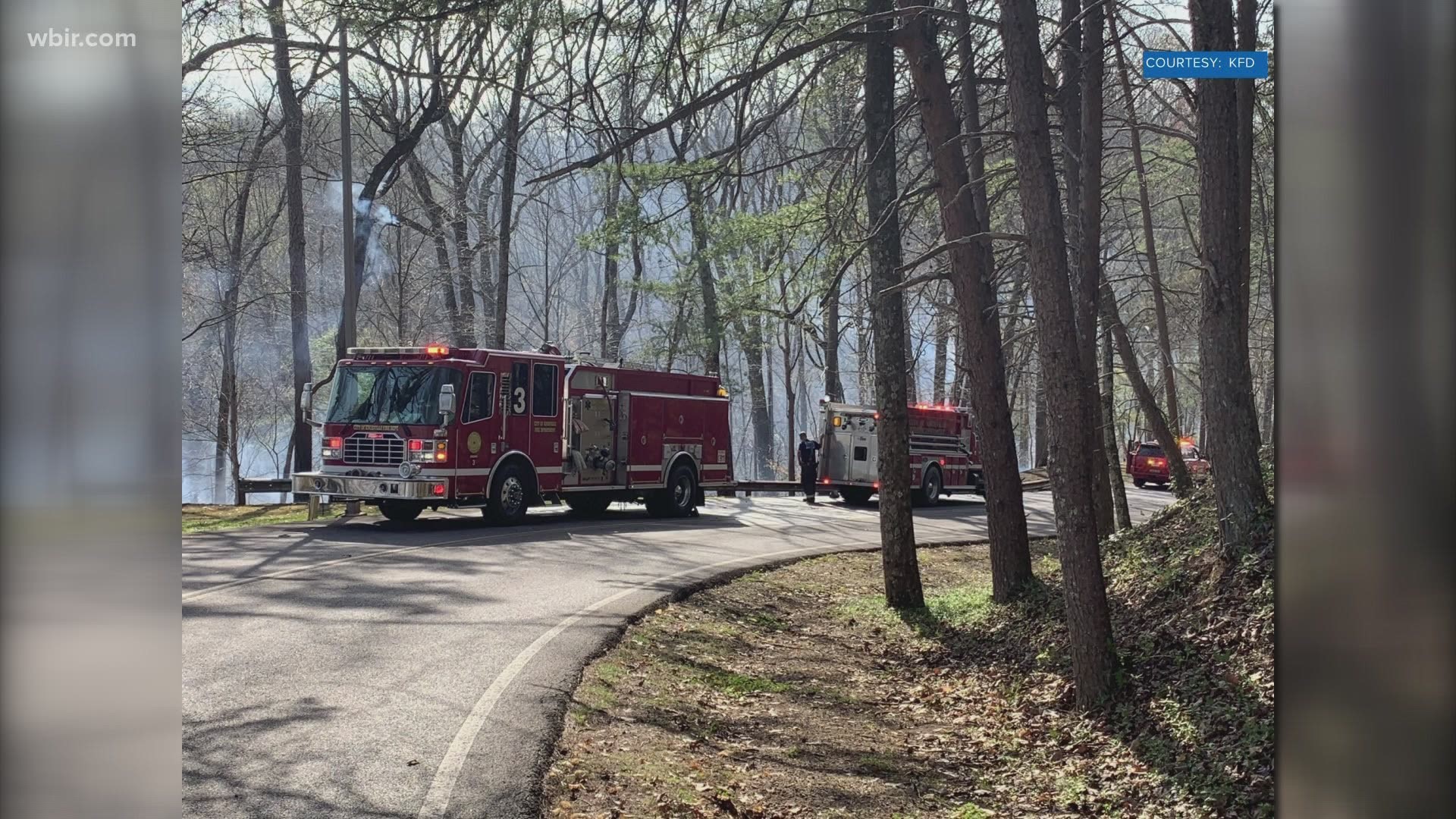 KNOXVILLE, Tenn. — The Knoxville Fire Department responded to a brush fire in the 3600 block of Gap Road, according to a post from the Knoxville Police Department.

Multiple roads were blocked, and drivers were asked to keep clear of this area as crews worked to contain the fire.

KFD said crews were initially called for a half-acre brush burning, but it grew to roughly an acre due to the wind, which endangered some nearby buildings that were ultimately unharmed.

The Tennessee Agricultural and Forestry Division and seven other fire companies responded to help contain the fire, according to officials.

KFD said the fire appears to be accidental and scorched about four acres.

The forestry division is staying on the scene to make sure no hot spots cause concern, according to officials.