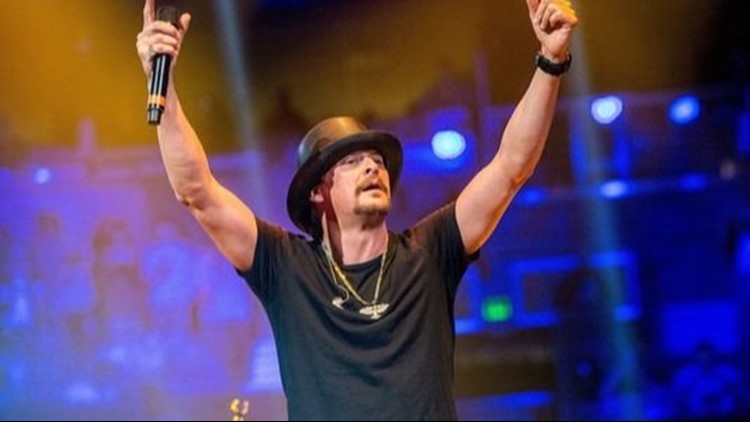 Kid Rock pays off $81,000 worth of layaways at Nashville Walmart

Nashville — Kid Rock paid off the balances of 350 layaway accounts at a Walmart store in Nashville.

The musician gave the 3458 Dickerson Pike store about $81,000 to pay down all of the accounts, said Tom Meyer, the store's manager.

"Kudos to Kid Rock for making such a gesture in our community," Meyer said. "I think that's a pretty Nashville proud moment."

Kid Rock said on Twitter that he was following director Tyler Perry's lead. Perry posted a video on Twitter, saying he had paid off the layaway balances at two Georgia locations.

@tylerperry Great idea! I followed your lead and paid off the layaway at my local Walmart in Nashville. Merry Christmas and God Bless You!

Meyer said Kid Rock called the store on Friday morning, explaining that he wanted to spread some good cheer by paying down the balances. Kid Rock's manager later came into the store to make the big payment.

It was a shocking, cool moment for Meyer, he said. And it has been an awesome experience letting customers know their accounts have been paid off. The items on lawaway are likely Christmas gifts since the store only offers the program during the holiday season, Meyer said.

The layaway customers, who have been coming into the store as a result of Kid Rock's gesture, are wearing shocked and smiling faces, Meyer said. Each one is being handed a card explaining that Kid Rock made the payment on their behalf, he said.

"Merry Christmas from your neighbor!" the cards read.

The official Twitter account for the retail giant applauded Kid Rock and Perry for paying off the layaways at the three Walmart locations.

The music star's gesture comes on the heels of a recent dust up.

Kid Rock was tapped to be the grand marshal of the Nashville Christmas Parade on Dec. 1, but that did not happen after he made controversial comments on a Fox & Friends. His remarks quickly caused a public backlash and led Nashville's mayor to threaten to sit out the event.