16-year-old Austin Edmonds played football and basketball for Roane County High School. He died after colliding with another car on a winding back road in Harriman. 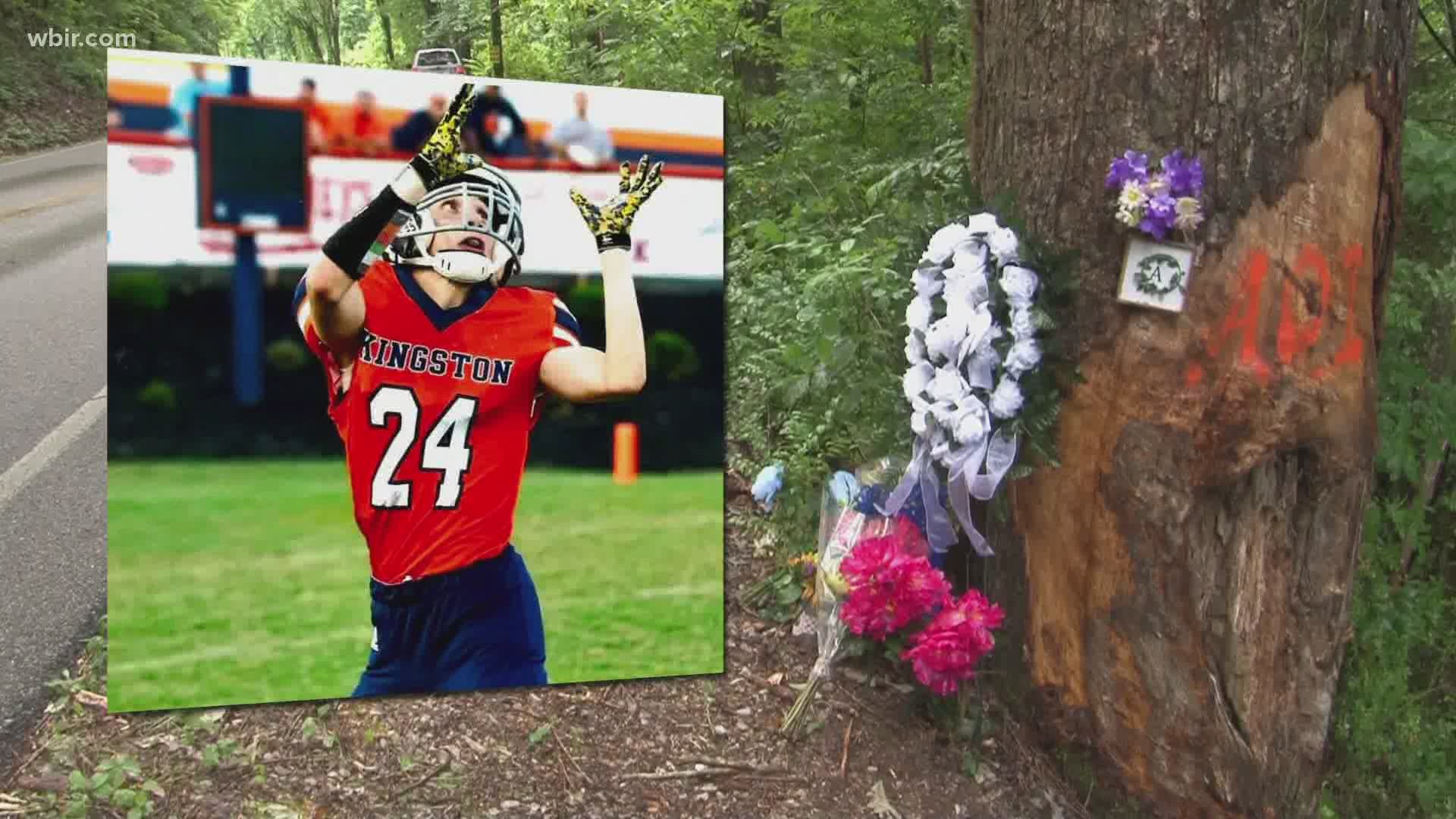 AAA advises teen crashes are up during the summer, and the pandemic may make it worse.

"He was really excited about getting to wear that number 5 this coming year," Pankey nodded.

A nearly empty high school football locker now holds the memory of Edmonds and the number he would have had as a starting running back for the team.

Pankey said Edmonds wore No. 28 his freshman year and was ecstatic to don the No. 5 moving forward.

"[He was] just a great young man full of energy and full of life," Pankey said. "When he was on the football field running the football, that's when he was his happiest in my opinion."

Edmonds died in a car crash after colliding with another driver on a winding back road, according to police. Pankey said it happened just a few days after Edmonds drove to football practice for the first time.

"Just to know that he's not gonna be with us anymore or with us physically on the field this fall, it's gonna take a minute to get used to not seeing him walk in the door with a smile on his face because every time you saw him, ear to ear he was just smiling," Pankey remembered.

During the summer, between Memorial Day and Labor Day, is known as the "100 deadliest days." It's a time when the number of fatal crashes go up for teens.

AAA noted because of the pandemic, the situation may get worse.

"For teen drivers, they likely haven't been driving to school, they haven't had those opportunities to practice driving behind the wheel, and so we're moving into a time where they are going to start driving," AAA spokesperson Megan Cooper said. "They are going to be out on the road again and they're going to be inexperienced."

So while Edmonds won't be able to run under those Friday night lights, his team knows he'll be there beside them.

"He's always gonna be with us, on and off the field," Pankey said.

AAA said it's important for parents to have "safe driving talks" with their teen drivers and even do "practice drives" with them behind the wheel.

Parents and teens can visit teendriving.aaa.com for resources. AAA advises it is never too early to talk about safe driving with your children.