Peter Klingsheim said he only had a few minutes to grab his daughter after water and mud swept into his living room Saturday morning. 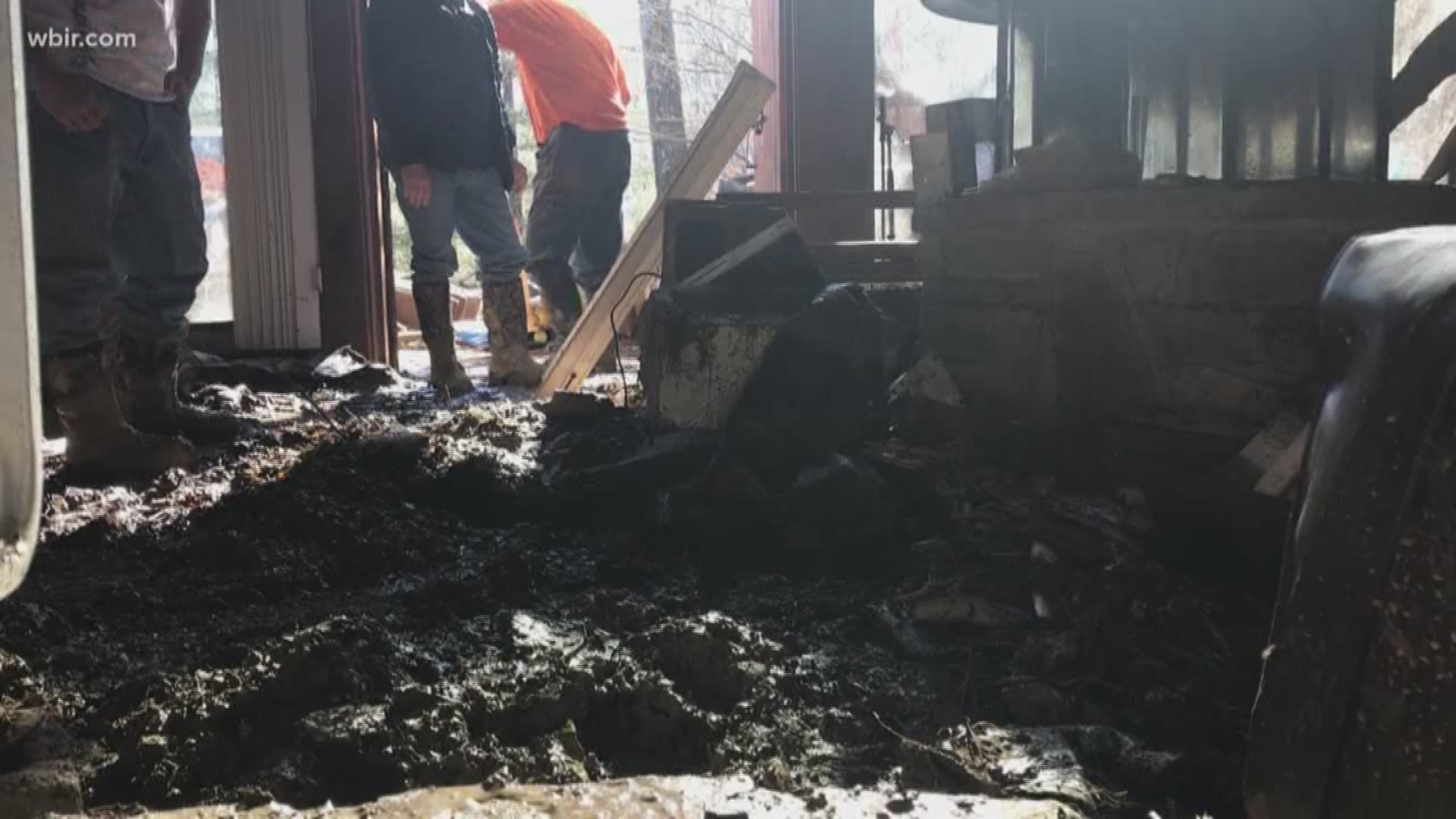 HARRIMAN, Tenn. — While wet weather drenched much of East Tennessee, the elements proved devastating for one family in Roane County.

"I heard a loud crash and I was swept underneath the water that came in our house," Peter Klingsheim said.

Klingsheim and his family were on the first level of their home when several feet of water and mud crashed into their living room.

"There was about six feet of water, it was up to my waist," he said.

He immediately started looking for his daughter and told his wife to grab their sons.

"She got sucked under and I had just out of my peripheral seen how she went down," he said. "I searched and searched  for about 10 seconds or so under the water and I found her and pulled her up."

The family of four made it out alive and is now staying with friends.

"Well our house is completely unlivable right now," he said. "I was called by an intermediate claim handler and they told me I don't have flood insurance and my policy doesn't include mudslides or land movement."

Since the flooding happened on a weekend, Klingsheim said he has to wait until Monday to find out what comes next. In the meantime, the family cut off all utilities and is working to salvage whatever is left.

"You see this happen to other people in other parts of the world or around but it's not really real until it happens to you," he said.

While most of their home is filled with floodwater, cinder blocks and debris, Klingsheim said they are just grateful to have each other.

"It could have played out so different so right now we're not looking at what we lost and all the bad stuff that's happened, we're looking at how grateful we are we're still alive," he said.