Knox Co. Commission votes to limit Board of Health's power

The ordinance will need to be approved on a second reading next month. 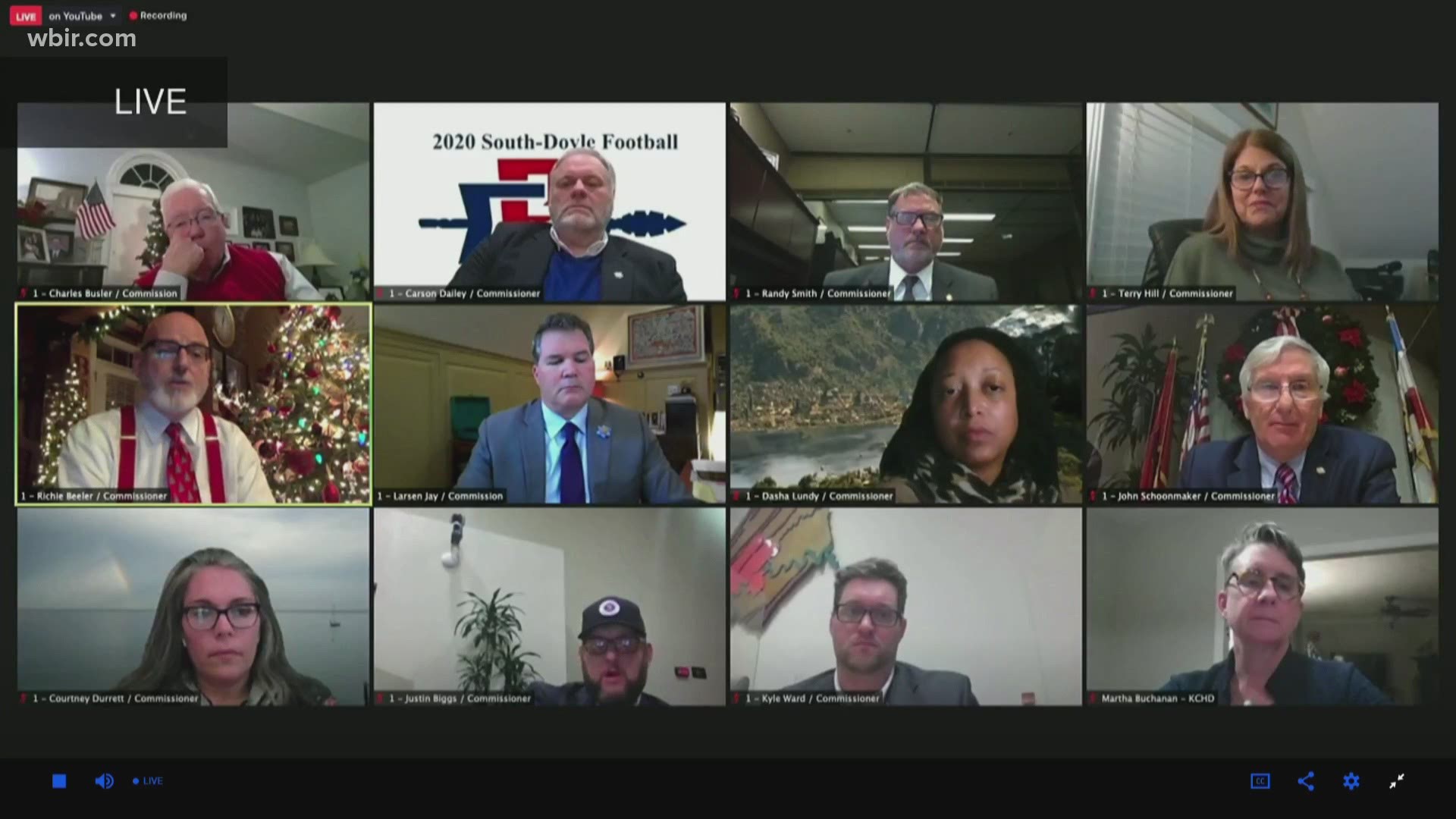 KNOX COUNTY, Tenn. — The Knox County Commission will move forward with an ordinance that aims to strip the powers given to the Board of Health.

By a vote of 6 to 4 (one passed), commissioners voted late Monday night into early Tuesday morning to approve the change.

The ordinance would remove the board's ability to create policies and make it an advisory board.

This shifts the policy making power to the Department of Health, specifically to Health Director Dr. Martha Buchanan.

Ward said his focus is to lift regulation on Knox Co. businesses.

Dr. Martha Buchanan previously said that she does not want the board's power to be stripped.

During the meeting, she gave commissioners updated information on rising COVID-19 cases and said this isn't the time to make a change.

"We're not in a good place. I would say deciding who has the authority on who makes decision right now is like confronting a wildfire and arguing who gets to hold the hose," Dr. Buchanan said.

The ordinance will need to be approved on a second reading next month before going into effect.