For the first time, Dr. Jason Hall talks to 10News about his view on the county's effort to slow the spread of COVID-19 and how he believes it is causing damage. 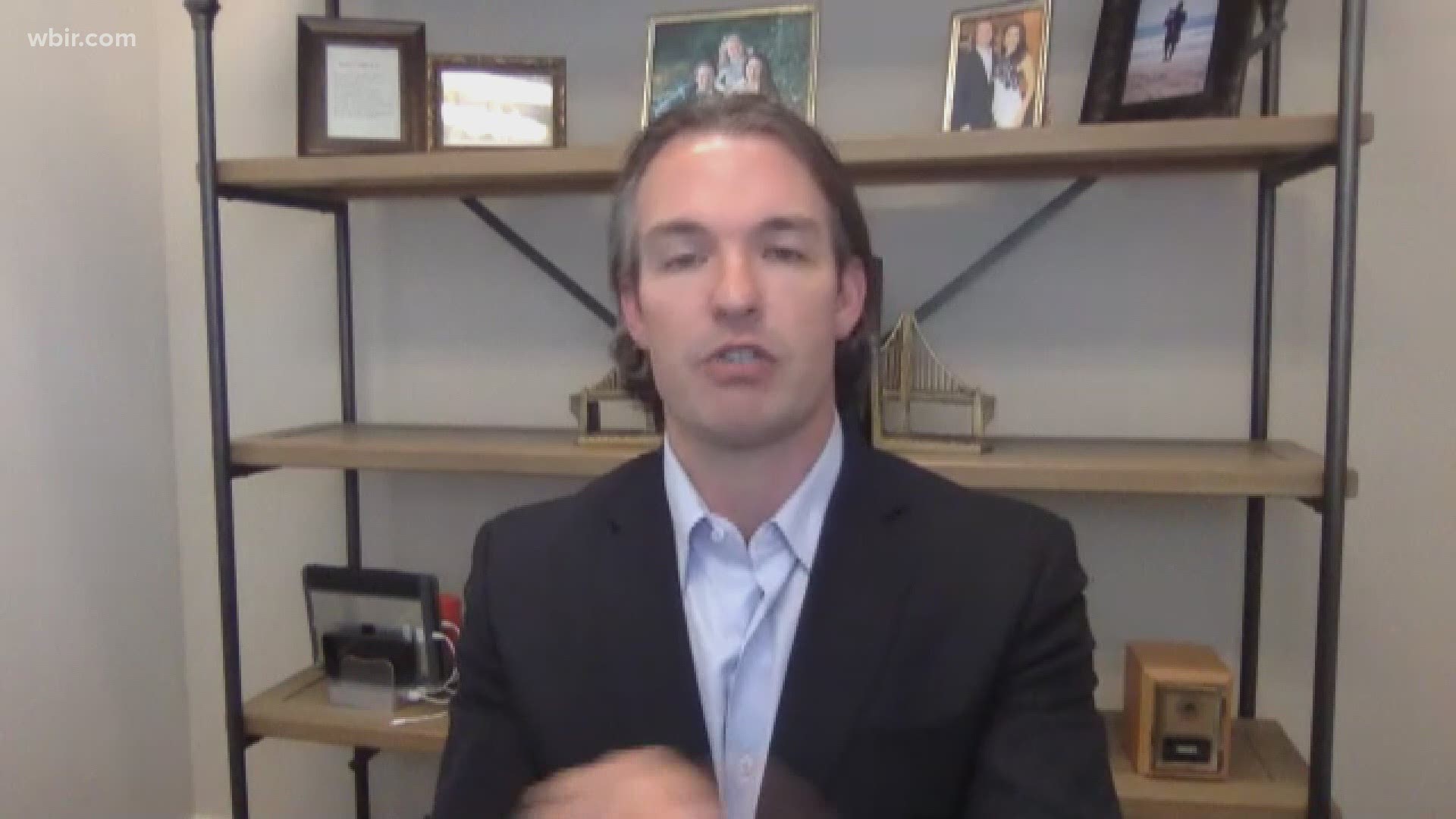 For the first time, Dr. Hall talks to 10News about his view on the county's effort to slow the spread of COVID-19 and how he believes it is causing damage.

“We are not looking for money from the county or the health department,” he said.

Dr. Hall said there are two reasons for the suit.

The first, he said recent decisions by the Knox County Board of Health violate the Tennessee State Constitution.

Dr. Hall also questions the data officials are using to make decisions that are affecting the livelihood of the community.

“The data that these unelected government officials are using to pass these unconstitutional mandates is faulty and misleading to the public,” Dr. Hall said.

The “faulty data” he said he is referring to includes false positive COVID-19 tests, which in his opinion, makes it seem like there are more cases of COVID-19 than there are and how the Centers for Disease Control and Prevention is coding COVID-19 deaths.

RELATED: Board of Health: Knox County mask mandate could be lifted before 2021

Dr. Hall cites a CDC alert released on March 24. “That changes the way we've been recording deaths and calculating mortality rates from individual diseases for the last 17 years," he said.

Dr. Hall said this method makes it seem like more people died of COVID-19 than the actual number.

Additionally, he said the Board of Health has been using all of this data to influence decisions like closing down businesses, modifying hours of operation and issuing mask mandates.

For more perspective on these claims, 10News consulted two people who have no connection to the lawsuit.

Dr. Jain also interprets the risk of getting COVID-19 differently than Dr. Hall.

For instance, Dr. Hall said, “if you get diagnosed with this, you have a 99.74 percent chance of doing just fine.”

Dr. Jain said, “About .26 percent will have a hard time and will end up in the hospital and die. You know that .26 percent will come to 860,000 people dying [in the U.S.].  I don’t think that's acceptable when we can prevent it by simple masks.”

Now to the constitutionality of the actions by the Knox County Board of Health such as issuing mask mandates and closing businesses.

“As tough as it is to believe sometimes, that a small group, an unelected group of people, has such power, well, they do," Constitutional Law Professor Stewart Harris said. “It's very constitutionally defensible and I think that probably it will withstand this or any other court challenge.”

Harris said in a public health emergency, the governor can delegate power to local boards of health, which Tennessee Governor Bill Lee has done.

One of Hall's main arguments is this isn't actually a public health emergency because of faulty data.

He said his main goal in filing the suit is clear.

“Ultimately we want the [mask] mandate to be removed, for it to be left up to the individual citizens to choose to wear a mask or not wear a mask based on their own individual risk,” Hall said.

The county did respond to the suit with a motion to dismiss, motion to strike and, in the alternative, a motion for a more definite statement.

Below are links to lawsuit including the Plaintiff's Complaint and Knox County's response: