The $10,000 payment to Burchett came from a solar power company in 2008 when he was a state senator. 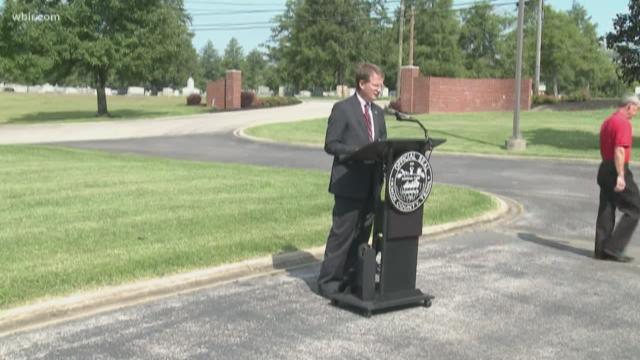 Knox County Mayor Tim Burchett says his failure to report $10,000 in income in 2008 was an oversight.

In a statement, the mayor said he is correcting his tax filing from more than a decade ago to reflect the change. Burchett is currently running to replace retiring U.S. Rep. Jimmy Duncan in Tennessee's 2nd Congressional District seat.

The $10,000 payment to Burchett came from a solar power company called Electronic Magnetic Power Solutions in 2008 when he was a state senator. A spokesperson for Burchett said the payment was a finder's fee for connecting the company with an investor, and the mayor's father was part of the company's formation.

Melissa McCoy, from Loudon County, said in an email she filed a complaint with the Tennessee Ethics Commission on Wednesday, saying she believes the people of Knox County deserve some answers about the money.

"I'm curious to know what his tax records look like for that year and the years following. He says he is all about transparency, let's see the tax records," McCoy said in a statement.

WBIR 10News reached out to McCoy for more information about her timing and motivation for filing the complaint now, but we have yet to hear back.

In a statement Thursday, Burchett said he is taking steps to amend his tax filing.

"Not listing the source of income on my statement of interest nearly a decade ago was clearly an oversight," he said. "As soon as I was made aware of this oversight, I contacted the state to inquire about amending the filing so that it's accurate moving forward."