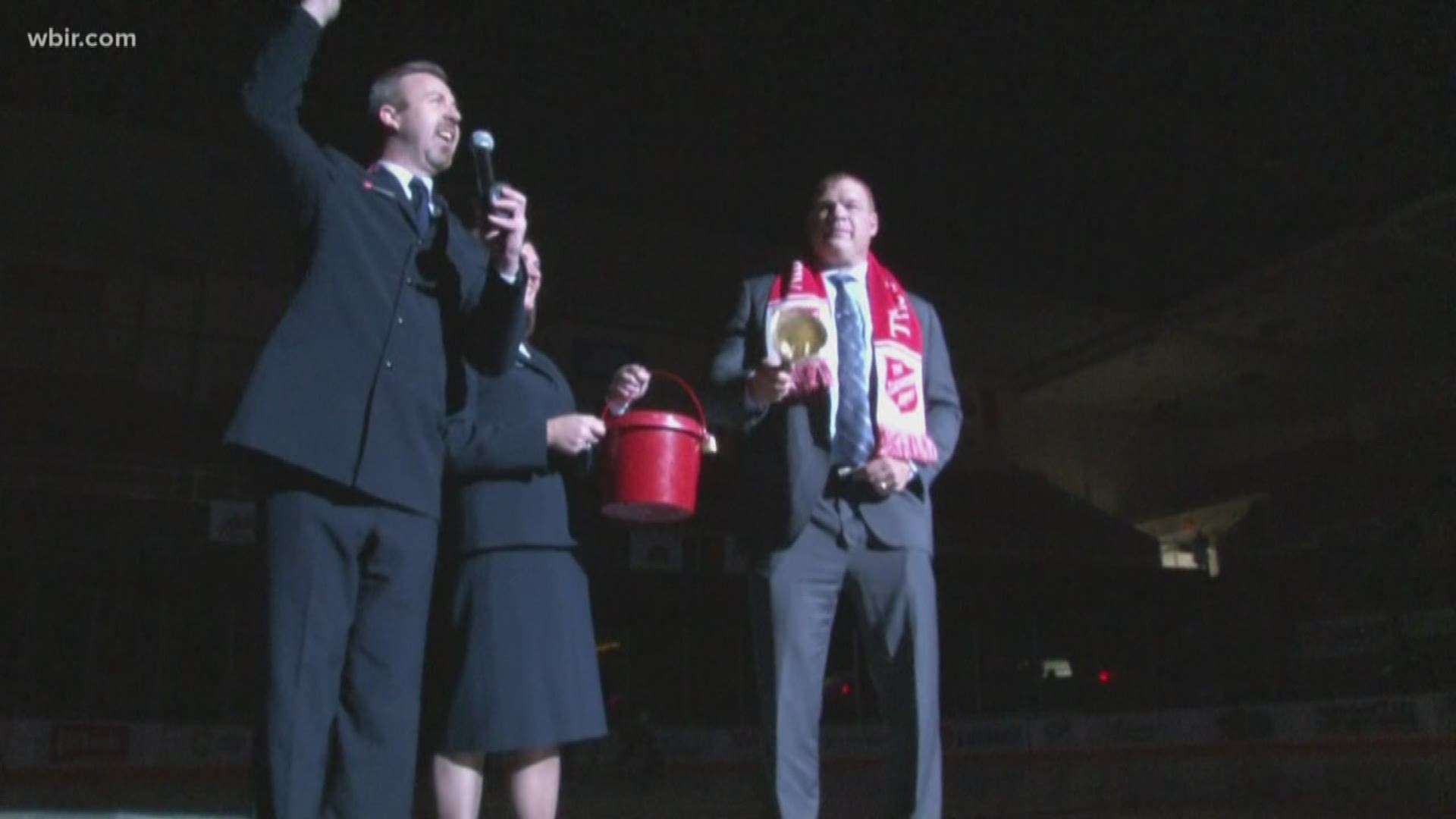 Last year Americans gave $292 billion to charity, which was a 3.4% decrease from the year before according to Giving USA.

The Salvation Army is hoping to combat that decrease by adding a new way to donate to reach their goal of $333,000.

The old slogan 'Change goes in and change goes out' still applies to the red kettles, but this year the ability to donate with a smartphone has been added through Google Pay or Apple Pay.

"Not a lot of people have a jingle in their pocket anymore," said Captain Dan Nelson. "We think it will help as people hustle by to get their shopping done."

People will be able to add a pass or scan a QR code that will give their phones a link to donate to. Volunteer coordinator April Keeton says its a game changer.

"That is leaps and bounds for the Salvation Army for getting in touch with the world we live in today which is mostly cashless."

Donations collected during the holiday season fund the domestic violence shelter, services for homeless men and women, and social services within the community like food and clothing year round. Without the community's help, none of those would be possible.

"Need has no season. We are all in the mood during this time because we're thinking about our families and love, but just remember people have needs and problems all year long," said Keeton.

You'll be able to find the Red Kettles at more than 70 locations all around Knoxville. The money you donate goes out to a Salvation Army in your area based on your billing zip code.

If you'd like to donate now, though, you can do so at the Salvation Army Knoxville Area Command's website.