The current 1:1 plan would use $7 million of an estimated $12.9 million the distinct expects to receive from the CARES Act passed back in March. 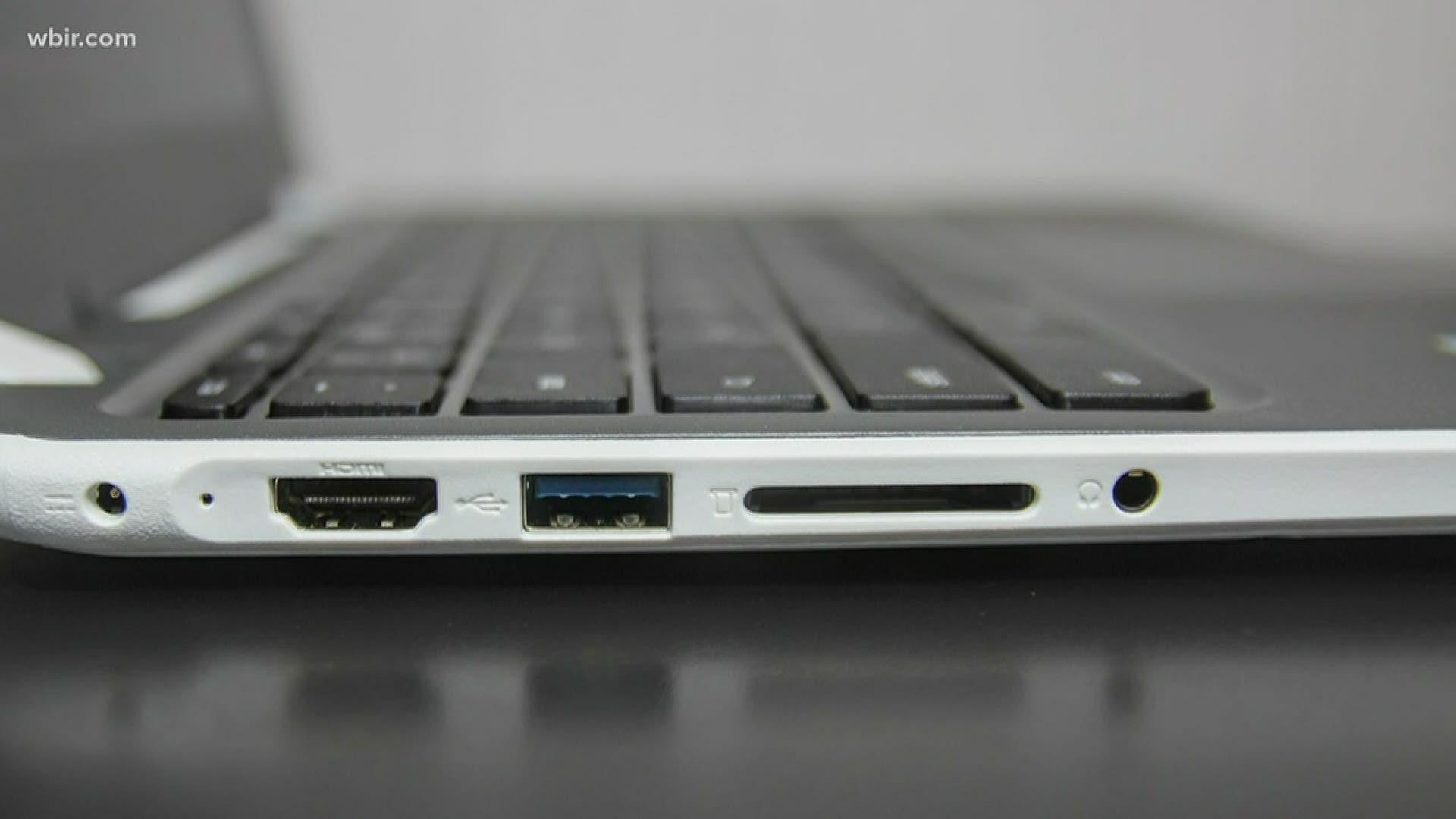 KNOXVILLE, Tenn. — The Knox County Board of Education has voted 8-1 to approve making the district a one to one district over the next few years.

One to one is a program that provides students with a laptop, netbook, tablet or some type of device. There are some schools in the district who are already considered one to one, however this new plan would include every school and grade.

The break down provided shows a three-year lease on 60,000 devices would cost $5 million, staff computers could cost $850,000 and $1.15 million would go to off-site filtering, protective cases and more.

Parents also have the option to purchase insurance for $30 for "damage to but not including total loss. It also adds the district is looking for options for free or reduced-price internet.

The agenda also provides a link to eight pages of questions referring to everything from repair costs to concerns about too much screen time.

This board was also set to vote on a land purchase in the Karns area for a new elementary school but that decision has now been deferred to June.

RELATED: 'Let us have one memory' | KCS seniors ask for a new graduation plan

RELATED: 'We're doing what we can' | Parents and teachers weigh in on COVID-19, at-home learning

RELATED: 'I have little to no internet' | Families fighting for broadband in Monroe County