The plan was approved this week by Chief Justice Jeff Bivins of the Tennessee Supreme Court. Similar plans are being prepared across the state. 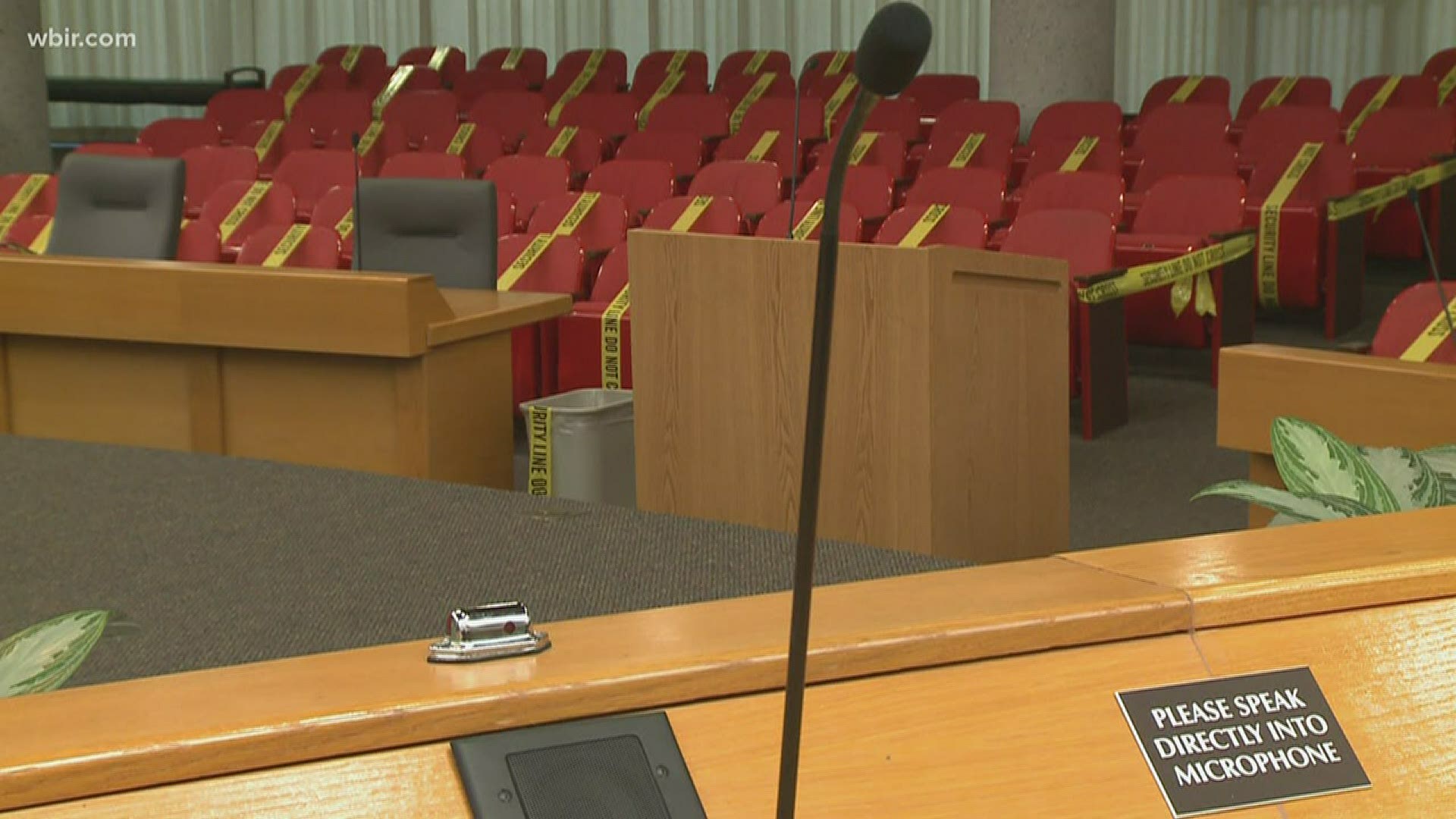 KNOXVILLE, Tenn. — The Tennessee Supreme Court has given its blessing to a plan by Knox County judges that allows for the slow, controlled resumption of many court operations amid the COVID-19 outbreak.

The plan limits the number of people who can be in a courtroom at any one time to no more than 10, excluding court personnel, and does not explicitly address the ability of the public to witness court functions.

People who come to court will face questions about their health, temperature checks and will be required to wear a mask before they can enter a courtroom.

As part of the plan, General Sessions' civil hearings will be relocated from the old courthouse on Main Street to the nearby Main Assembly Room of the City County Building.

The plan consists of 14 detailed pages on how various courts can operate going forward.

Generally speaking, judges are encouraged along with lawyers to conduct as much business as they can remotely, such as by Zoom or telephone. Much of that already has been happening since mid March when the virus threat grew and government departments abruptly started shutting down.

Also, by order of the high court, no jury trials are allowed to resume until at least early July. All jury trials for April and May were canceled.

While public health authorities, mayors and Gov. Bill Lee have acted to try to reduce large gatherings that can promote the spread of the highly contagious virus, the effect on the courts has been to create huge case backlogs.

Under normal circumstances, thousands of people come to the City County Building every week for in-court proceedings.

The plan contemplates how every court -- from Circuit to Chancery to General Sessions to Criminal -- will be conducted.

*Defendants and witnesses coming to an in-person hearing will be asked questions about their health and possible exposure to COVID-19. Public Building Authority personnel will take their temperature. If it's above a certain degree, they won't be allowed in the courtroom.

*Everyone who wants to go into a courtroom will be required to wear a mask. Those who don't have a mask won't be allowed in. Masks won't be provided.

*The plan does not address accommodating families of victims or defendants. Nor does it address members of the public, including the media, which often cover court proceedings as a matter of transparency and observing government proceedings.

*General Sessions' civil court proceedings will have to move from the old courthouse to new quarters in the Main Assembly Room of the City County Building.

That's where Knoxville City Council, the school board and the Knox County Commission traditionally have met. Lately, however, they've been conducting meetings remotely by Zoom or another video means.

To make way for the General Sessions civil meetings, PBA personnel are taping off seating in the General Assembly Room to follow spacing guidelines. People will have to be at least six feet from each other.

NEW PERSONNEL WILL BE NEEDED

Jayne Burritt, PBA's CEO, told 10News Wednesday she will have to hire personnel to assist with talking to defendants and litigants as they come into the City County Building for court.

Because the Main Assembly Room is bigger, the General Sessions' civil division will be allowed to have up to 50 people in the room. They've got more space to spread out than other rooms traditionally used for court purposes.

Civil division operations are to start going forward on Monday, May 11. Dockets will be staggered to help alleviate potential crowding.

It'll be summer before civil and criminal trials can possibly resume in the state, according to the court's order.