Call centers across Tennessee experienced disruptions Friday, after a man set off a suicide bomb near a Nashville AT&T center. 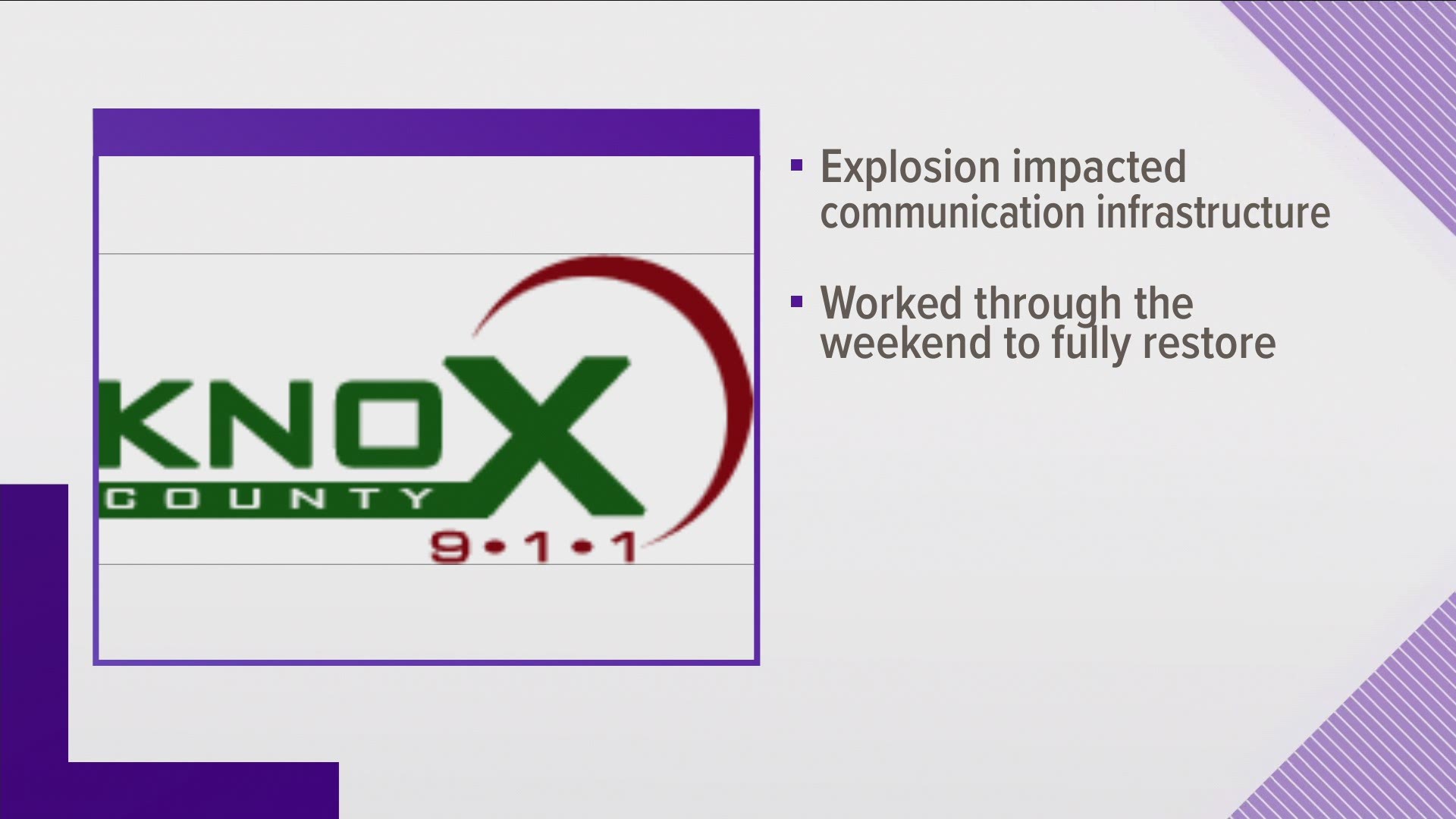 KNOXVILLE, Tennessee — UPDATE 10:30 AM MONDAY: Knox County 911 service has been fully restored after a weekend of problems related to Friday's downtown Nashville bombing.

"We appreciate our dedicated team that worked through the temporary interruption of service to provide emergency communications to our community," the center tweeted Monday morning.

The suicide bombing near an AT&T center caused a chain reaction of transmission and communications problems across parts of Tennessee.

UPDATE (Dec. 26): Officials said that Knox County's E911 call center was back up and running on Saturday after centers across the state experienced disruptions.

"We have a redundant system that's currently working and we're grateful for that," said Brad Anders, the Executive Director of if Knox County 911. "It's fluid and we're hoping that AT&T can get everything back online, not just for our sake but for the sake of everybody across the state."

Anders also said that workers were looking back at the log calls they got during the disruption to make sure everyone is safe.

Knox County E911 warned Friday afternoon some people calling the 911 center may be having trouble getting calls in. The Tennessee Department of Health also warned that outages were reported across Tennessee.

"We are experiencing unexpected outages with our 911 lines," the Know County network tweeted.

Other 911 centers in Middle Tennessee also reported that their lines were down but it wasn't clear if the problem was related. The Franklin Police Department, Williamson County Emergency Management Agency and Mt. Juliet Police Department reported issues.

Also, the Associated Press reported Friday afternoon that flights out of the Nashville airport had been halted because of telecommunications issues. The problems were related to Friday morning's bomb blast in front of an AT&T operations center in downtown Nashville.

WBIR will update you as more information becomes available.

Below is a collective list of alternative emergency numbers to use. Please share with your loved ones and neighbors. pic.twitter.com/SFuFiwco6B