Despite decades of progress in managing the disease, new HIV infections are increasing in Knox County. 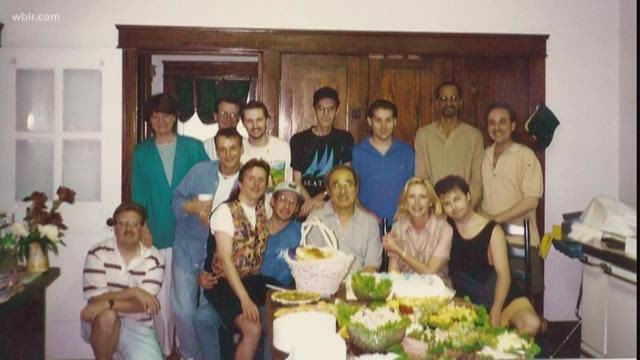 New HIV infections are increasing in Knox County even with improvements made in managing the progress of the disease, according to the Center for Disease Control and Prevention.

More than 16,000 Tennesseans are HIV positive and more than 8,000 have been classified as having AIDS, according to the CDC.

Though the numbers are significantly lower than the public health crisis of the early 1990s, Knox County health leaders said the number of new infections are trending in the wrong direction.

"In Knoxville we see about 40 cases of HIV a year, and over the last couple of years that trend has gone up just a little bit and a lot of the reasons for that have to do with multiple sex partner," said Dr. Kelly Cooper, Director of Clinical Services at the Knox County Health Department. "A lot of if happening on the internet and anonymously, not using condoms, and also the drug use issue."

Treatment for HIV has improved dramatically since the early 1990's. Jeff Simmons was diagnosed as HIV positive in 1991.

Now, the virus can be treated to where the viral load is so small, it is almost undetectable.

"We do hear that in the field, people will say that they're not as afraid of HIV as back in the 90's when it was a bigger scare," Cooper said. "Are people not thinking about the prevention of HIV? I think that is part of some of the numbers going up."

Simmons saw several of his friends die from the disease.

"Some of them got tired and some of the gave up. Personally I haven't pissed off enough people yet," Simmons said.

RELATED: World AIDS Day: I have HIV and I'll work to end this epidemic until I no longer can

Simmons' partner of 24 years is not HIV positive. Precautions including using condoms and pre-exposure prophylaxis medication are highly effective at keeping people safe from infection.

Simmons said he is frustrated knowing some people are choosing to not to take effective precautions and spread the disease.

"They did not see the death and dying that we have seen," Simmons said. "Just wake up and pay attention, because yes, this is more of a manageable disease, but not everyone tolerates it the same way. So some people are still having problems."

Both Simmons are Cooper urge everyone to get tested.

"Know your status," Simmons said. "Get tested, because if you don't know, it does more harm than if you do know."

There are many places to be tested for HIV in East Tennessee.

You can find a location to be tested by visiting GetTested.cdc.gov or by texting your ZIP code to KNOW IT (556948).