Authorities say the inmate didn't handle food preparation. No one appears to have been infected by exposure to him, officials say. 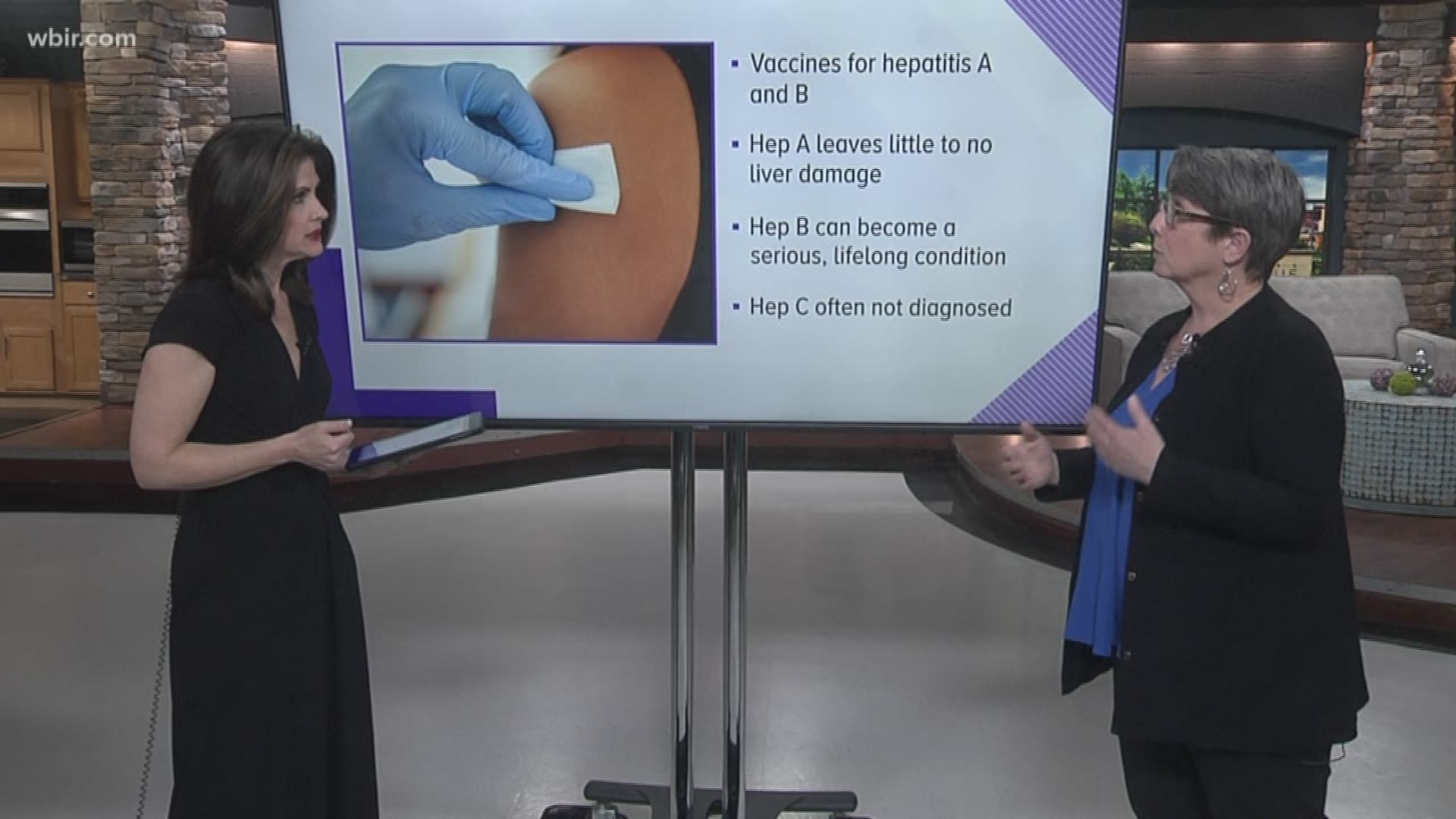 KNOXVILLE, Tennessee — A Knox County inmate infected with Hepatitis A worked in the jail kitchen at the City County Building downtown, but it's unlikely he infected anyone and he's now being quarantined, health officials said Tuesday.

The unnamed inmate washed pots and pans, according to William Purvis, chief of corrections for the Knox County Sheriff's Office.

People who shared a cell pod with him have been inoculated for Hepatitis A, Purvis said.

Anyone else who came in contact with the jail trusty or food while he was there has been contacted, Purvis said. They have the option of getting an inoculation for the virus, but authorities think no one else has been infected, according to Dr. Martha Buchanan, director of the Knox County Health Department.

The inmate was not involved in food preparation, according to authorities.

In May, when the man began showing symptoms, they took him to be checked and confirmed he had the virus. When inmates come into the jail, they undergo a physical but aren't screened for Hepatitis A, Purvis said.

The jail and kitchen are located in the lower levels of the government center on Main Street.

An infected person can contaminate food and spread the virus, which affects the liver. Another person then can become infected by ingesting the infected food.

Exposure typically does not cause long-term damage to the liver.

According to the Centers for Disease Control and Prevention, the virus usually spreads "when a person unknowingly ingests the virus from objects, food, or drinks contaminated by small, undetected amounts of stool from an infected person. Hepatitis A can also spread from close personal contact with an infected person such as through sex or caring for someone who is ill."

Contamination can occur during food handling and even after cooking.

It's more common in countries and regions with poor sanitary conditions. It's much more rare in the United States, where, for example, public water supplies are typically treated with chlorine. The chemical kills the virus.

"(The virus) can range from a mild illness lasting a few weeks to a severe illness lasting several months," according to the CDC. "Although rare, hepatitis A can cause death in some people. Hepatitis A usually spreads when a person unknowingly ingests the virus from objects, food, or drinks contaminated by small, undetected amounts of stool from an infected person."

In general, Purvis said, the Sheriff's Office is encouraging inmates to get a Hep A vaccine.

In March, the Health Department announced it was seeing a rise in hepatitis A cases related to an ongoing statewide outbreak.

The department said then it had been investigating hepatitis A cases related to the outbreak since July 2018 but the rate at which new cases were being reported had accelerated recently.

According to the Health Department, from July 2018 to February 2019, a total of 10 cases were reported. Since March 1, the department said an additional nine cases have been reported, an increase of 90 percent, bringing the total, as of this release, to 19 cases.