Jennifer Owen questions what she's been told about how visitors will access the tower north of Market Square. 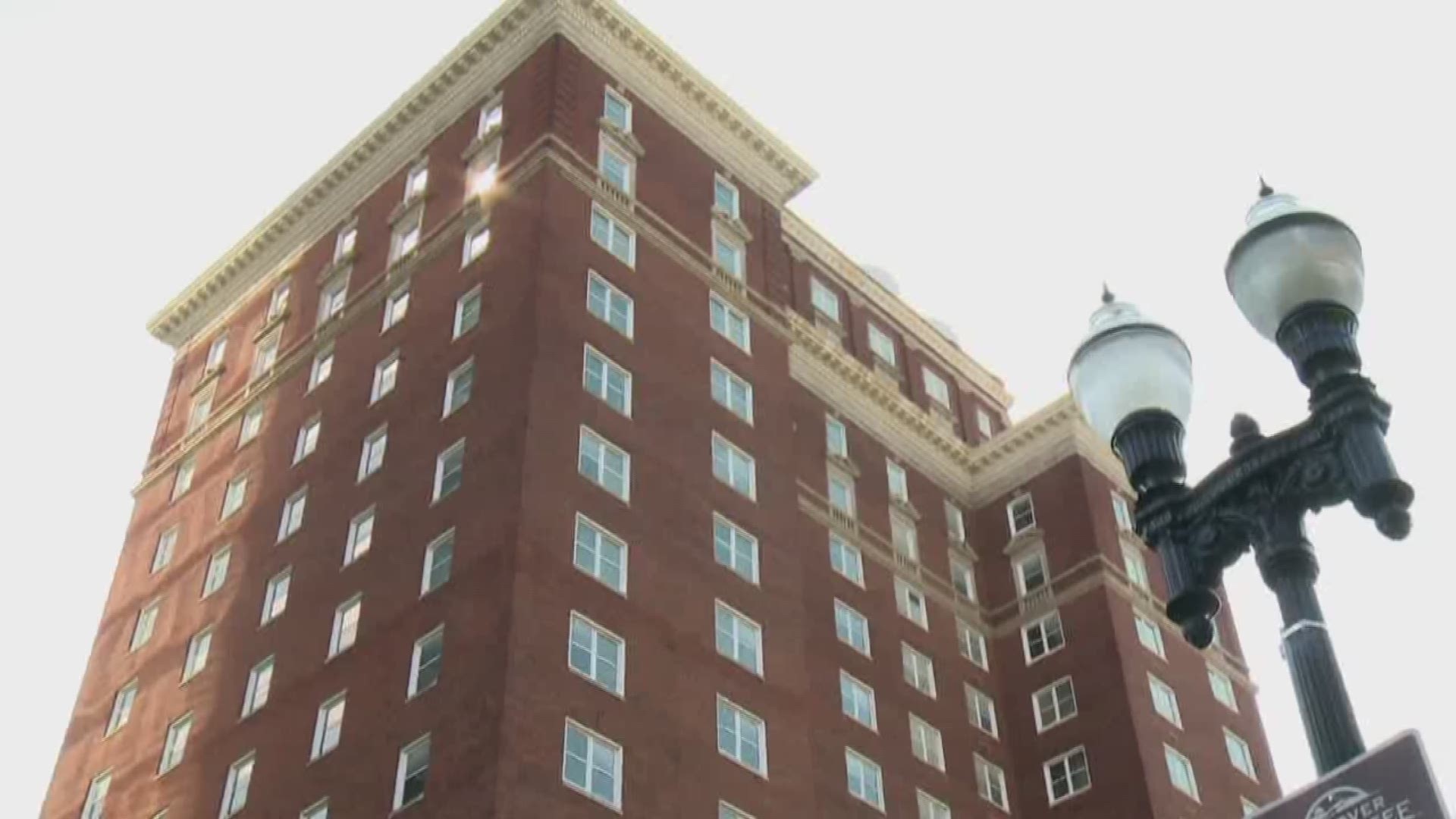 KNOXVILLE, Tenn. — A Knox County school board member suggests on social media that Knox County officials have lied to her and others about a plan to move school administrative offices into a TVA building and that a federal investigation is warranted.

"How would one request a federal investigation into lies people are telling government officials, which impact decisions on use of a FEDERAL building?" elected District 2 board member Jennifer Owen posted Thursday morning on her Facebook page.

"What is the catalyst to get these crimes investigated and prosecuted?"

She continued: "How would one get a RICO (federal racketeering) investigation into who has pecuniary and political interests in the AJ sale and/or the TVA Tower deal? How do we prosecute every person involved, including government staff and elected officials?"

"I think it is extremely irresponsible for an elected official to make wild and baseless accusations such as these. My office, in concert with (the Public Building Authority), has operated with full transparency during this process answering all questions that have been brought to us honestly and will continue to do so.”

Owen told 10News on Friday that county officials who she often referred to as "they" have misled the school board and perhaps Knox County Commission, for example, about public access to the TVA Tower East.

The board voted 5-3 on Wednesday, with Owen casting a no vote, to approve moving Knox County Schools administrators from the Andrew Johnson Building on Gay Street to the empty downtown tower north Market Square.

Owen posted her query the day after casting her no vote over the deal. County Commission already has unanimously blessed the move.

County officials in Jacobs' administration as well as former mayor Tim Burchett have worked for about two years on a deal to move central office personnel to the tower. They've held numerous presentations about it and conducted tours of the tower for elected officials.

The county will pay 37.5 cents a square foot to lease the tower's 12 floors. They'll also buy from TVA the Summer Place office and parking complex, which includes 700 spaces.

County officials including Jacobs have touted the deal as a unique opportunity that'll save taxpayers money in the future. The county, as part of the package, is buying Summer Place for $1.6 million at a time when downtown parking is increasingly at a premium. There's already a paying tenant in Summer Place.

School administrators will occupy six floors of the tower. The UT System will occupy the other six floors and pay rent. The system is ready to start moving in this year.

There's also a chance other tenants could come into the East Tower.

The county hopes to sell the AJ Building for redevelopment to a Nashville firm.

Owen is not satisfied county officials are telling the truth.

For example, she said they're lying when they say visitors could still be accommodated at the federal tower even if they don't have a Real ID, federal identification that will be required for entry into federal buildings beginning in the fall.

County officials, however, say visitors who lack a Real ID will be accommodated at the tower by the Public Building Authority, which manages most city and county buildings.

Burritt estimated nine to 12 members of the public come to the AJ Building currently on any given day. Some of them are teachers, Burritt said.

Regular visitors such as teachers likely will end up being issued a badge that will expedite entry into the tower, she said.

County officials say administrative employees likely will be able to address any visitor's needs on the plaza level where the main entrance is located.

Burritt said the PBA has answered Owen's questions about security in the past.

"We've gone through this many times before with her," Burritt said.

Owen is seeking a second term this year to represent District 2 in North Knoxville. She is opposed by John Meade.

Owen said she and other school board members have been told numerous things that she doesn't trust. They've been given conflicting information, she said.

"We have so many documents, we don't even know what we've seen," she said. "And a lot of it hasn't been presented to the board. We're just getting it from other places."

She continued: "The thing I was irritated about is they're telling us different things every time they're coming to see us."

When pressed to identify who "they" was, Owen said county finance director Chris Caldwell and PBA representatives.

"I have heard things I know to be untrue from Chris Caldwell and from representatives from PBA," she said.

She mused that perhaps Mayor Jacobs is unaware of some of the alleged untruths being told.

"I don't know what's prompting people to blithely jump into something and just trust them when most of the information hasn't really been presented to us," she said.

Owen said she has numerous questions about the entire planned move from the AJ Building, an old hotel administrators have occupied more than 25 years, to the TVA tower.

"I feel like it's one great big giant lie made up of a lot of little ones," Owen said.