The Tennessee Legislature passed laws requiring students in public schools to use the bathroom and play sports with their sex assigned at birth. 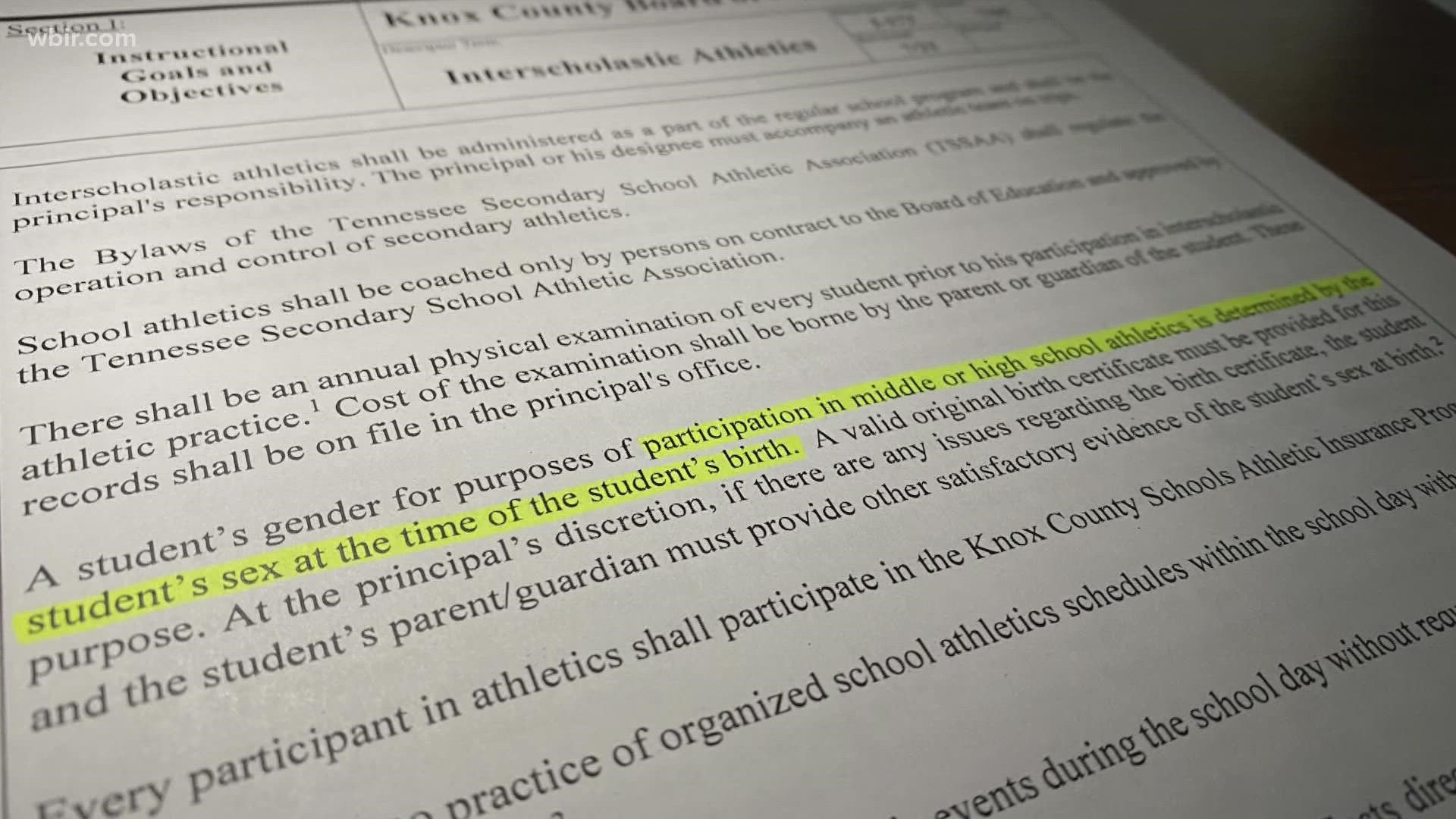 The first policy does not allow students to use a "multi-occupancy restroom or changing facility" aligning to their gender identity.

The policy said the school principal can provide a "reasonable accommodation" to students who ask for it, including access to a single-person restroom or changing facility.

The second policy said students have to play sports according to their sex assigned at birth, verified by their birth certificate.

Both of these policies follow two state laws that passed in March, allowing people to sue school districts if they have to share bathrooms with transgender students.

"They're in a position where they are going to be outed," said Aly Chapman, the policy coordinator for GLSEN Tennessee, an organization created to uplift LGBTQ youth. "These laws and now these policies will require that those students and teachers will now be required to disclose their identity in order to use or not use facilities that they may have already been using."

"They're going to be forced into a marginalized space in the school, whereas they were not before," said Chapman.

The Human Rights Campaign sued Governor Bill Lee over the state law about bathroom use in schools. The complaint said the state law violates transgender students' civil rights by discriminating on the basis of sex.

"We have a federal civil rights law that requires schools and colleges, any educational institutions that receive taxpayer dollars to treat students equally, and not discriminate against them on the basis of sex," said Jason Starr the Director of Litigation at HRC.

Starr said he hopes the federal judge issues an injunction to prevent the law from taking effect while the lawsuit goes through the legal process.