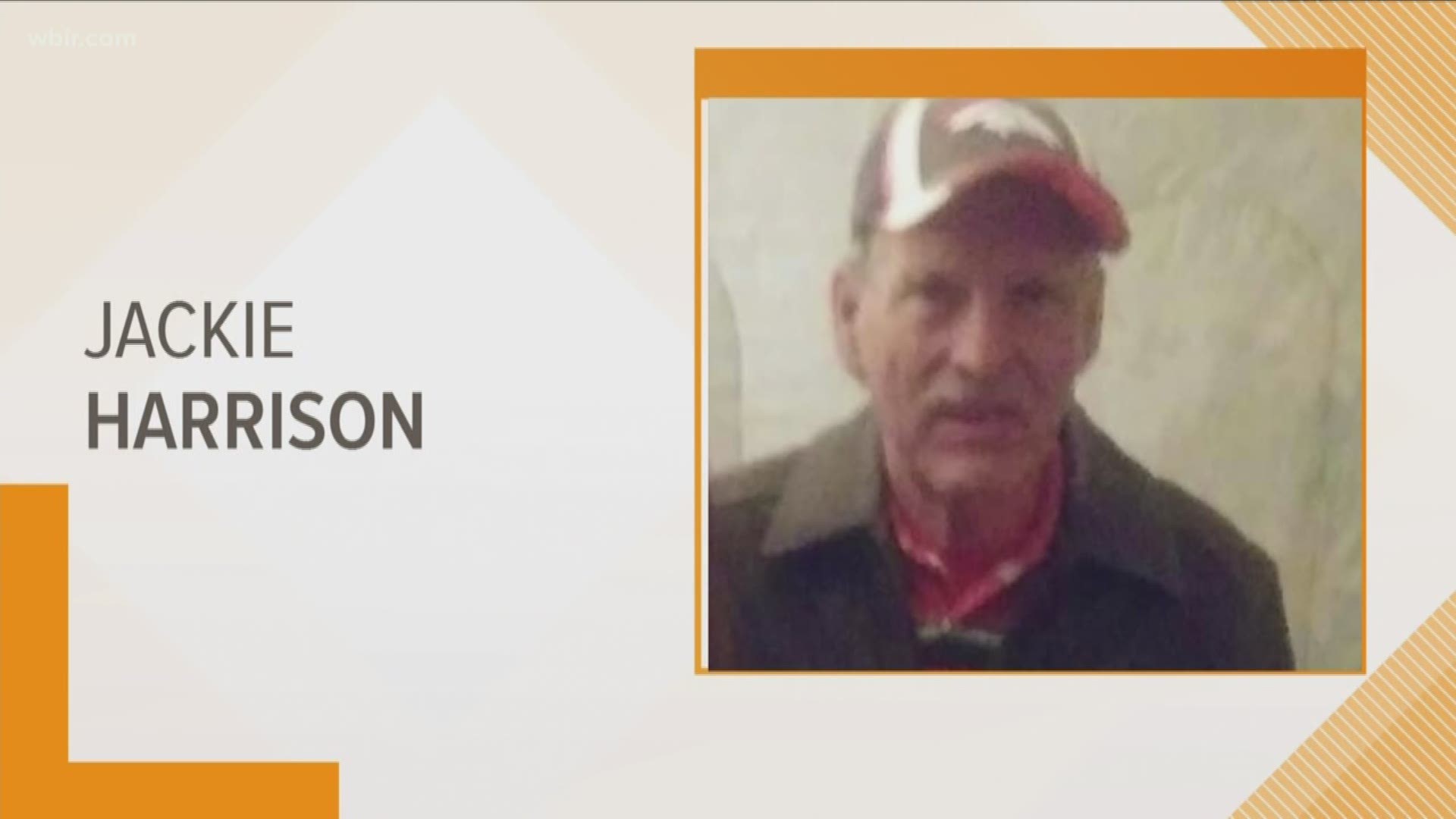 KNOXVILLE, Tenn. — After Jackie Harrison, 76, was separated from his family in the Halls Walmart, the Knox County Sheriff's Office is asking the community to keep an eye out for him.

He was wearing blue jeans, a polo short and a brown jacket when he was separated Sunday night, according to the sheriff's office.

Harrison has dementia, the KCSO said in a Facebook post, as well as several medical conditions requiring medication.

Anyone who sees Harrison, or anyone who may have information that could help the sheriff office find him, should call KCSO at (865) 215-2243 or call 911.