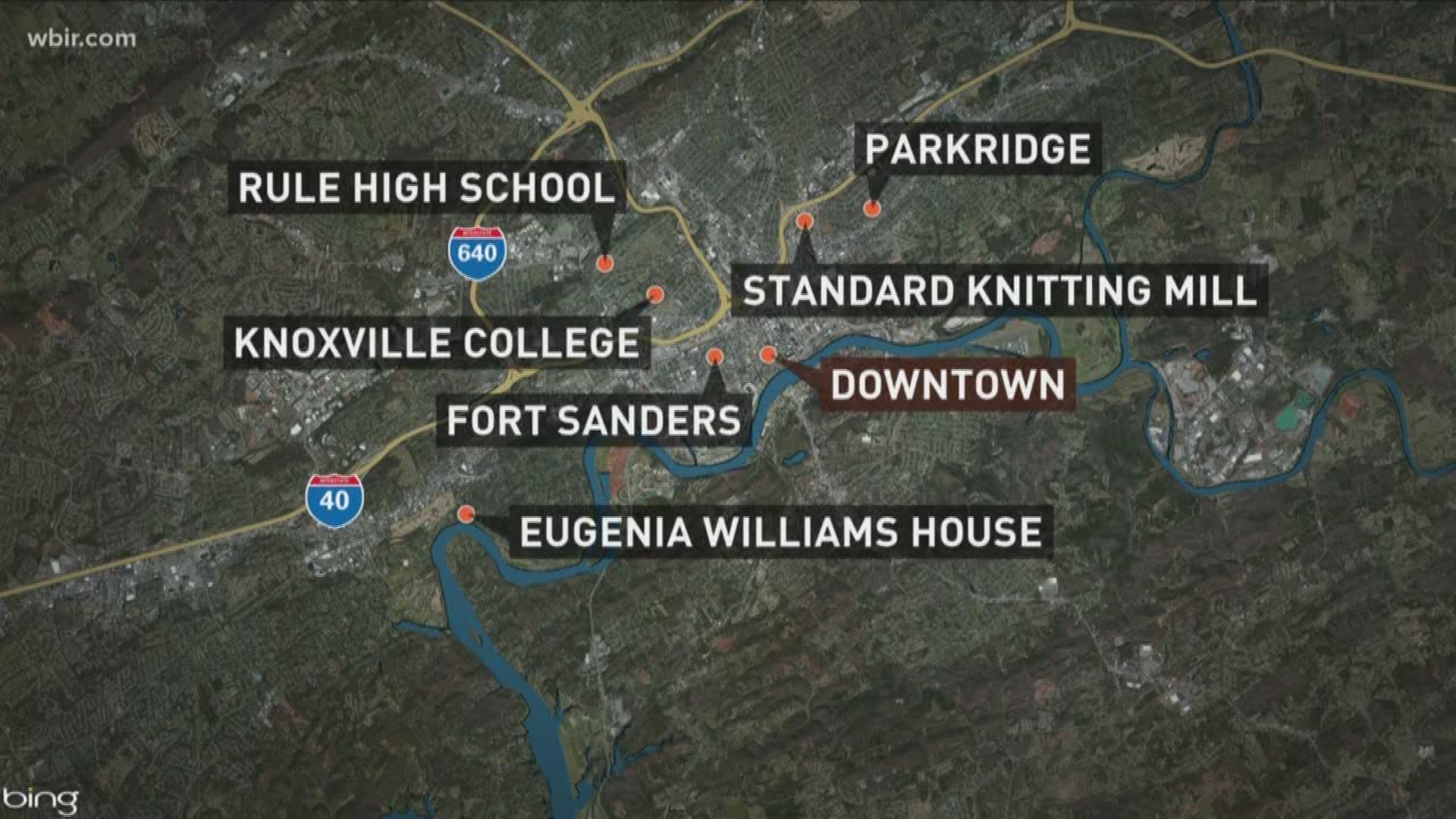 The group includes six places on this year's list instead of the customary 15.

"We have a shorter list this year because we want to really develop strong strategies and work with property owners to develop solutions on how to really move forward and save those properties," said Todd Morgan, Executive Director of Knox Heritage.

Fort Sanders Historic District is named for a Civil War-era Union bastion that once stood near the center of the neighborhood. Knoxville's wealthiest residents built notable houses in the area in the 1880s alongside more modest dwellings for plant managers and workers employed in factories along Second Creek. Today, the neighborhood still contains a notable number of its original Victorian-era houses and other buildings which were added to the National Register of Historic Places in 1980 as the Fort Sanders Historic District.

Knoxville College was founded in 1875 as part of the missionary effort of the United Presbyterian Church of North America to promote religious, moral and educational leadership among freed men and woman. The campus was the first African American college in East Tennessee. Currently all campus buildings are condemned and suffering from a severe lack of maintenance. The vacant lot has been subject to several arson fires in recent years. Earlier this month, the City of Knoxville announced an agreement with the college which would locate a new safety building on a portion of the campus that is not part of the National Register district.

The Park City Historic District, most commonly known as Parkridge, is located east of downtown Knoxville off Magnolia Avenue. The area was once part of a vast farm owned by Moses White, the son of Knoxville founder James White.

Rule High School was built in 1926-1927 and opened in the fall of 1927. The school was named after Captain William Rule, a former Union Army Captain who went on to become the Mayor of Knoxville. The school closed in 1991. Its hilltop location still offers stunning views of downtown Knoxville and the mountains. In 2016, the building was transferred to Knox County as surplus property from Knox County Schools. The most recent request for development proposals closed January 23, 2018 and the county did not receive any responses. The county is currently reassessing their options and re-evaluating what to do with the property.

The Standard Knitting Mill was founded in 1900 with 50 employees. By the 1930’s, Standard was the largest textile and knitting mill in Knoxville, and employed over 4,000 Knoxvillians. The current building footprint still comes in at over 400,000 square feet and was the home of Delta Apparel until 2007.

Eugenia Williams was born in January 1900 to a prominent physician and one of the original investors who introduced Coca-Cola to East Tennessee. In 1940, Eugenia commissioned her childhood friend, John Fanz Staub, to design her a new residence. The University of Tennessee, which now owns the property, is seeking a long-term lease, but no viable plans for restoration have been presented and a lack of basic maintenance continues to be an issue.