Leaders will shared a presentation of the proposal with the public, saying they hope to have the stadium built by Spring 2023. 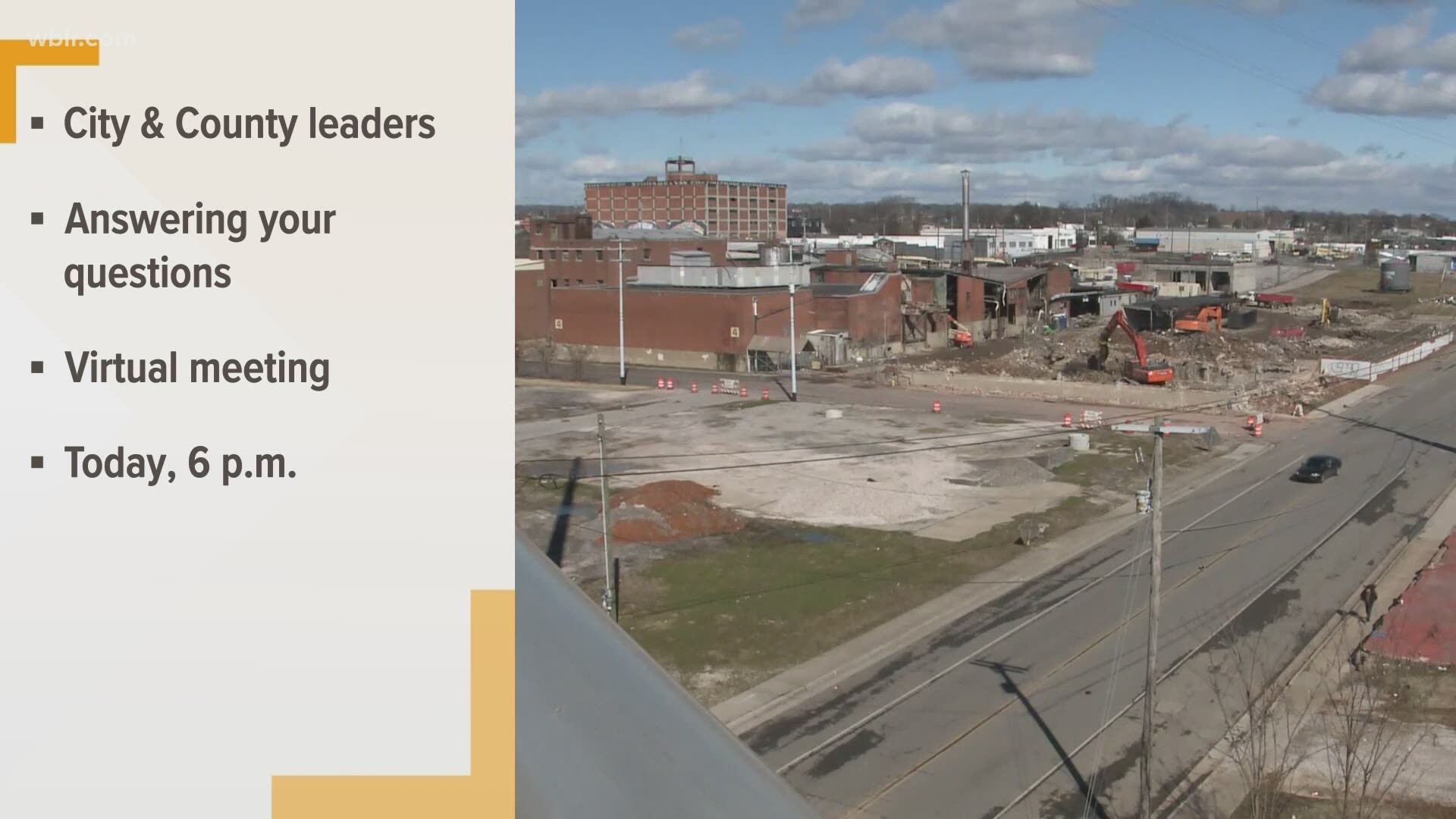 KNOXVILLE, Tenn. — On Thursday, Knoxville city and county leaders held a virtual meeting to answer any questions from the public about the proposed mixed-use downtown baseball stadium.

Leaders shared their vision for the proposal, saying it is one of the largest economic projects in the history of Knox County.

"What I can envision here in a few years is a municipal stadium that is the home to the Knoxville Smokies baseball, but also a place where people can come and walk and can have festivals and concerts and be a venue for other sports," Knoxville Mayor Indya Kincannon said.

Knox County Mayor Glenn Jacobs said he was skeptical about the idea, but said as a multipurpose mixed-use facility -- the stadium would form the foundation of one of the largest economic projects undertaken in the county. Jacobs said $140 million in private development will go toward financing the project, with no additional tax burden for county taxpayers. Should

He said he hopes to see the mixed-use facility become the model for future stadiums and arenas.

Leaders said at the heart of the project is the push to make the greater Knoxville area more competitive when it comes to attracting younger talent and professionals compared to similar sized cities in the Southeast such as Chattanooga and Raleigh, N.C.

"For the past 10 years, we haven't done that well," Jacobs said.

Leaders are pushing to open the stadium as soon as Spring 2023. On its proposed timeline, the city and county are scheduled to vote on appointees to the newly established Sports Authority board. Construction would begin in Fall 2021.

The first of many public meetings re: the proposed Knoxville sports & entertainment park is March 25, 6pm on https://t.co/DrivQhZxMe. @CityKnoxvilleTN & @KnoxGov leaders will share a presentation of the proposal & answer Qs sent in advance to knoxvillestadium@knoxvilletn.gov. pic.twitter.com/HJ92orRKbc