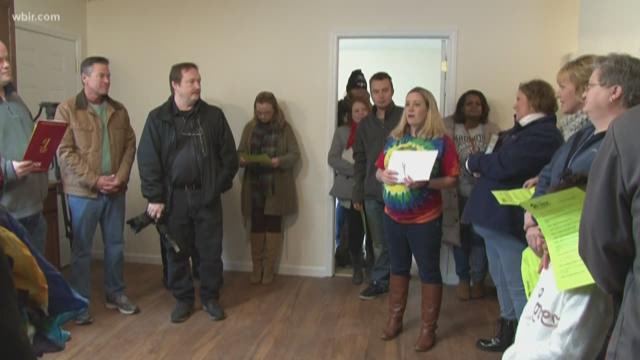 One local family has a new home thanks to Knoxville breweries and craft taprooms that helped in raising money for the home.

The Bowers family on Saturday said they were grateful for all of those who helped chip in and especially for Knoxville Habitat for Humanity building the home.

"I'm so grateful for everyone," Raven Bowers said. "The volunteers, Habitat, the local breweries, they've really made this promise possible for me and my kids."

The home has been dubbed the "House That Beer Built," as it brought together members of the community in the last few months to try different craft beers. All proceeds from the fundraisers would go to this cause.

The Bowers family said they were excited to finally have a home of their own.

"It hasn't really clicked in just yet for me," Bowers said. "I think once I get in here, it'll be OK... It's sweet. It's emotional, my emotions are just all over the place right now. I can't explain it."