The new agreement will last for 180 days as the city spends more time learning about 'shared mobility' scooters to pass rules to keep riders and others safe. 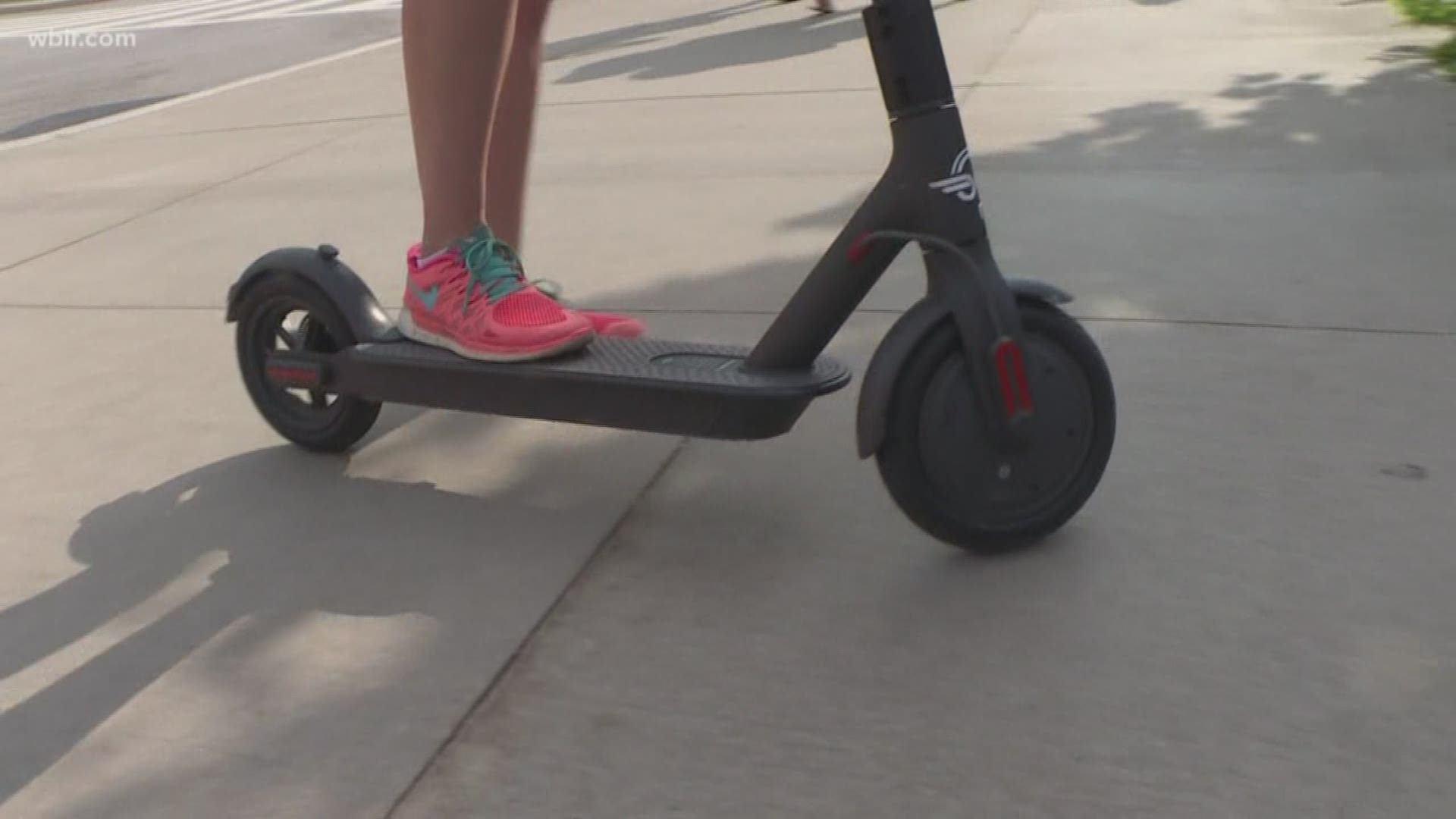 KNOXVILLE, Tenn. — The Knoxville City Council agreed to extend an emergency ban on electric scooter rentals that are checked out via app or on-demand.

The initial moratorium expires on February 8th and the new one starts the following day, and will last 180 days.

This gives the city more time to learn more about these scooters and pass rules to keep both riders and others safe, according to the law director.

A spokesperson from the city says that it took applications for the scooter's pilot program, which could be up and running in a couple of months and last for at least 6 months.  The pilot program would be similar to what the city did before allowing food trucks and pace rental bikes, however it can't release any other information until an agreement is reached.

Like the pace bikes around town, the electric scooters would be unlocked and paid for through an app.

Mindful of recent concerns about the "shared mobility vehicles" in Nashville and other cities, Swanson said staff will continue studying how the devices should be regulated and how Knoxville could work with such vendors.

The measure specifically addresses use of the motorized vehicles on public property or the public right of way "operable...via a point-of-sale terminal or an on-demand portal, whether through a smartphone application, membership card, or similar method," the ordinance states.

The scooter service Bird started in Nashville back in May. The city then became embroiled in a dispute about the bikes' use on streets and public rights of way that led to a new ordinance being adopted.

The emergency ordinance does not apply to someone who already owns an electric scooter and uses it where it's allowed.