Knoxville Fire Department Naloxone use triples from 2016 to 2017 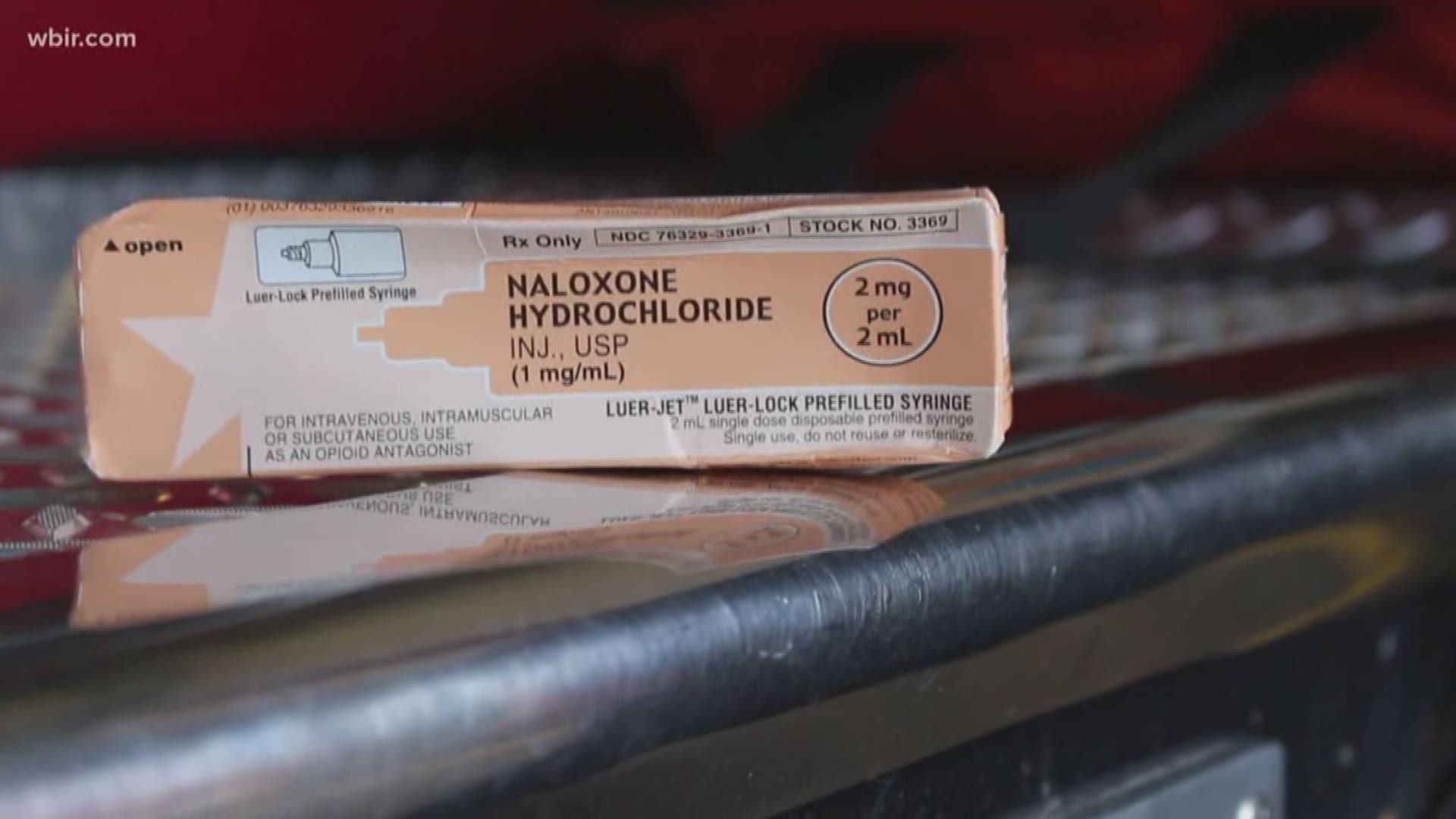 KNOX COUNTY — At fire stations across Knox County, each day brings with it more overdose calls.

In 2017, 686 overdose calls were reported to the Knoxville Fire Department. Firefighters and Paramedics administered the life-saving drug Naloxone 403 times. That is more than triple the amount of times they used it in 2016, 122 times. Through May of 2018, KFD has administered Naloxone 156 times.

"It’s an every shift occurrence," said Patricia Perrin, a paramedic and firefighter with the Knoxville Fire Department. "There is not a station in the city that doesn't run overdoses every day."

The Knoxville Police Department also saw a spike in their use of Naloxone in 2017.

KPD administered Naloxone 78 times in 2017. So far in 2018, they have used the drug 19 times. That’s compared to 50 times during the same time period last year.

First responders carry the drug with them everywhere they go. Naloxone can reverse the effects of an overdose.

They can administer it within seconds, spraying the drug into the nostrils of people who overdosed.

In recent months they have started to see a troubling new trend: the Naloxone isn’t even strong enough to combat the increasing potency of the drugs.

"They are increasing the amount they take, and also the potency of what they’re taking," said Perrin. "A lot of times, we’re giving it to them nasally and it won’t even affect them."

But it’s not just first responders carrying the drug.

People who fear that a loved one or friend may overdose can apply to get Naloxone for free using a state grant. Drug Coalitions like the Allies for Substance Abuse Prevention of Anderson County give out small opioid overdose kits to anyone who needs them.

"School nurses think that is like the AED. You have it there available so if you need to use it, it is there," said Kim Guinn, ASAP of Anderson County. "Parents who have children they suspect are using and they just want to have it as an emergency drug to prevent overdose deaths at home. We also see from neighbors who really are concerned about somebody living beside of them."

If you or a loved one is in need of Nalxone, you can find more information to apply for the drug here.

Back at the fire station, every day brings with it a common constant: an overdose call. Many times, it is the same people in need of rescuing every day.

"We’ll run on the same people, the same calls, the same areas, and they’re either using bad drugs and using more drugs," said Perrin. "They’re using it as a crutch. I can use more drugs, do the Narcan, and then go back and use more drugs."