According to the fire department, the area has been evacuated. Middlebrook Pike will be closed for several hours for cleanup, officials said. 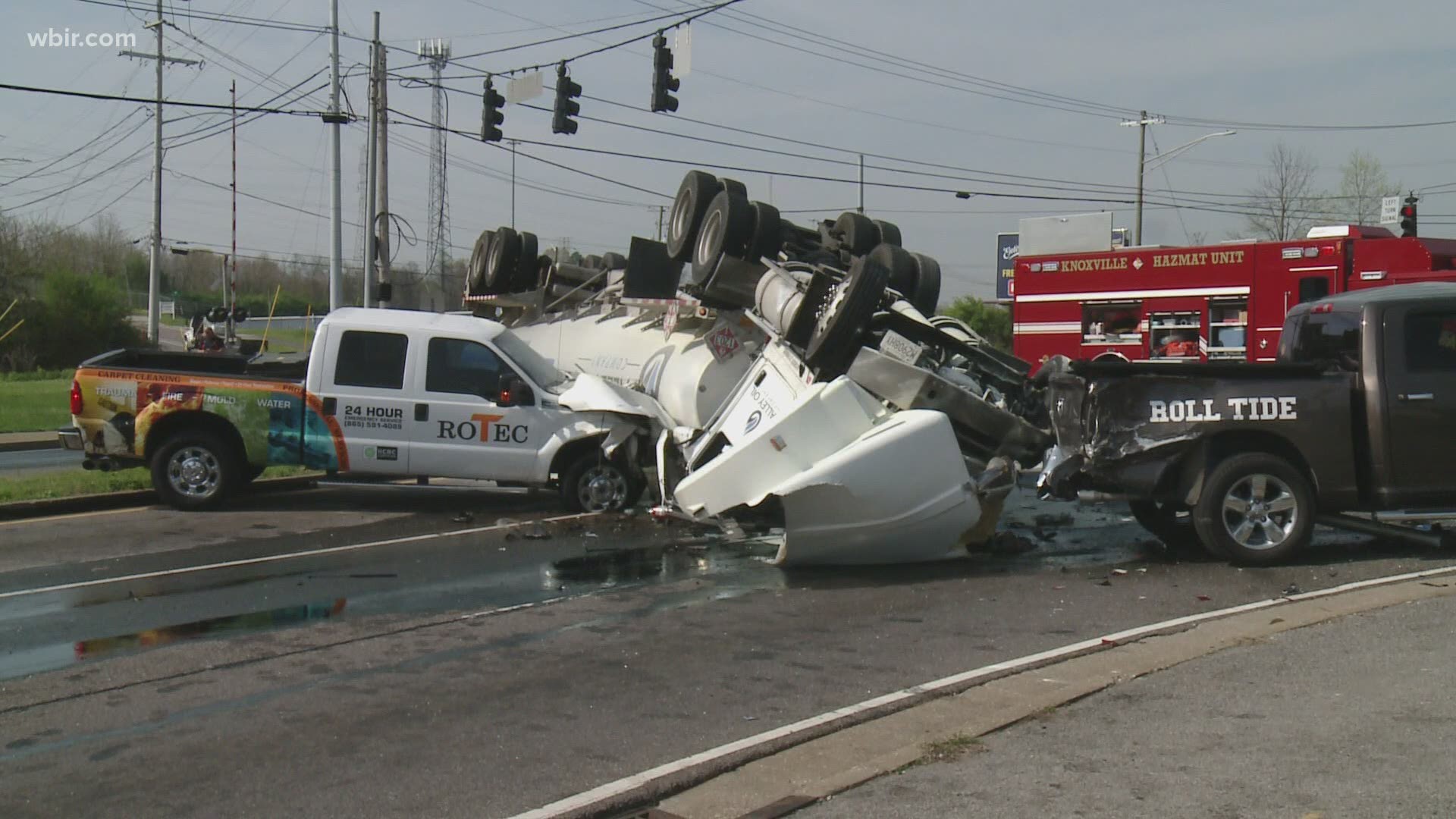 The incident was reported at the intersection of Middlebrook Pike at Liberty Street at 9:22 a.m.

When firefighters arrived at the scene, they said witnesses were pulling the driver of the tanker from his overturned vehicle.

Diesel fuel was leaking from the ruptured tanker and two other vehicles were involved in the crash, KFD said.

KFD‘s hazmat unit was able to plug the tanker’s rupture and contain the diesel spill from going into the storm drain.

According to the fire department, the area has been evacuated.

Officials are encouraging drivers to avoid the area.

Middlebrook Pike will be closed for several hours for cleanup, officials said.

East and Westbound traffic on Middlebrook Pike is being rerouted.

The Knoxville Police Department and AMR are also responding to the scene.

KPD said that minor injuries were reported and that crews are working to clear the scene.