Still, leaders say they get complaints every day, mainly about safety concerns and riding scooters on sidewalks, which is against the rules. 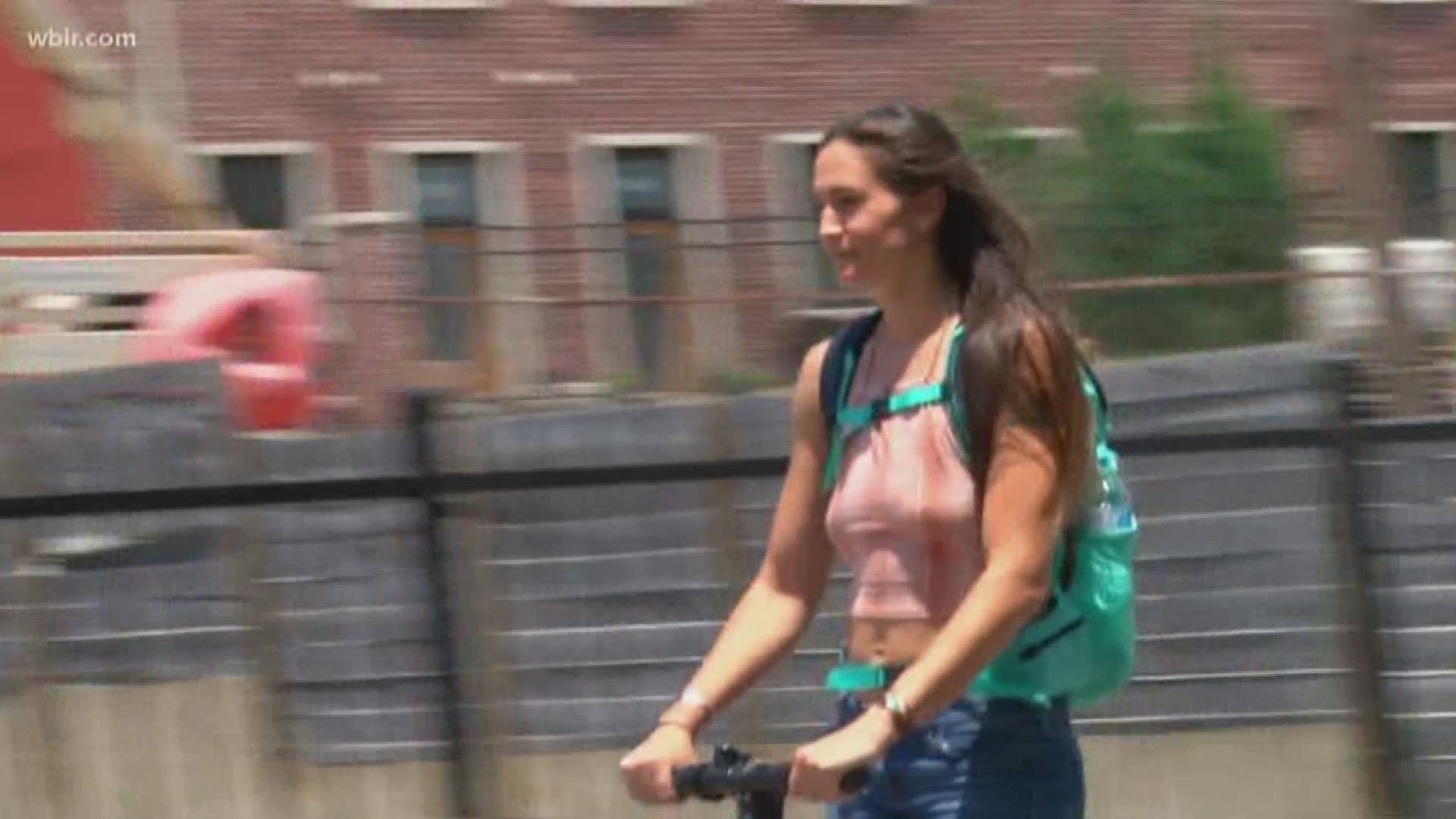 KNOXVILLE, Tenn. — The Mayor of Nashville is giving scooter companies an ultimatum: Take safety concerns more seriously--or get banned from the city.

RELATED: Nashville mayor wants to ban scooters in his city

This comes after a 26-year-old died after he was hit by a car while riding one. Scooters have been here in Knoxville for a few weeks.

RELATED: E-scooters in Knoxville: What you need to know about your options

"It's a lot more laid back to ride one here than in really heavy traffic areas," said tourist Kasey Hall. "I think Nashville should probably put a breathalyzer on the scooters."

In Knoxville, leaders and business owners hope something like that doesn't happen.

"I think scooters are going to be another thing that makes people come downtown because it's part of having a good time," said Preservation Pub owner Scott West.

Still, leaders say they get complaints every day, mainly about safety concerns and riding scooters on sidewalks, which is against the rules.

"I'm concerned when I see most people are not wearing helmets," said 1st District City Councilwoman Stephanie Welch. "I would say virtually none of the scooter users are wearing helmets."

"My real impression is that they've really cluttered up our downtown," Crowne Plaza general manager Ken Knight said. "People are leaving them on the sidewalk out in front of the hotel and in the grass and in our driveway and we seem to be spending quite a little time moving them."

Both companies are under a year-long pilot contract with the city with a 30-day cancellation clause. The city says there can be up to 500 scooters in Knoxville.

"I also like the way that Knoxville is handling it, because we're really sort of controlling and moderating, testing it out, making sure that it's the way that we do it is the right way for our community," Welch said.

City leaders and business owners say they are pleased with the way the scooters are adding to tourism and attractions downtown, and they hope that sentiment stays that way.