You either love them or hate them. Scooters are an easy mode of transportation, but a headache on the sidewalks. 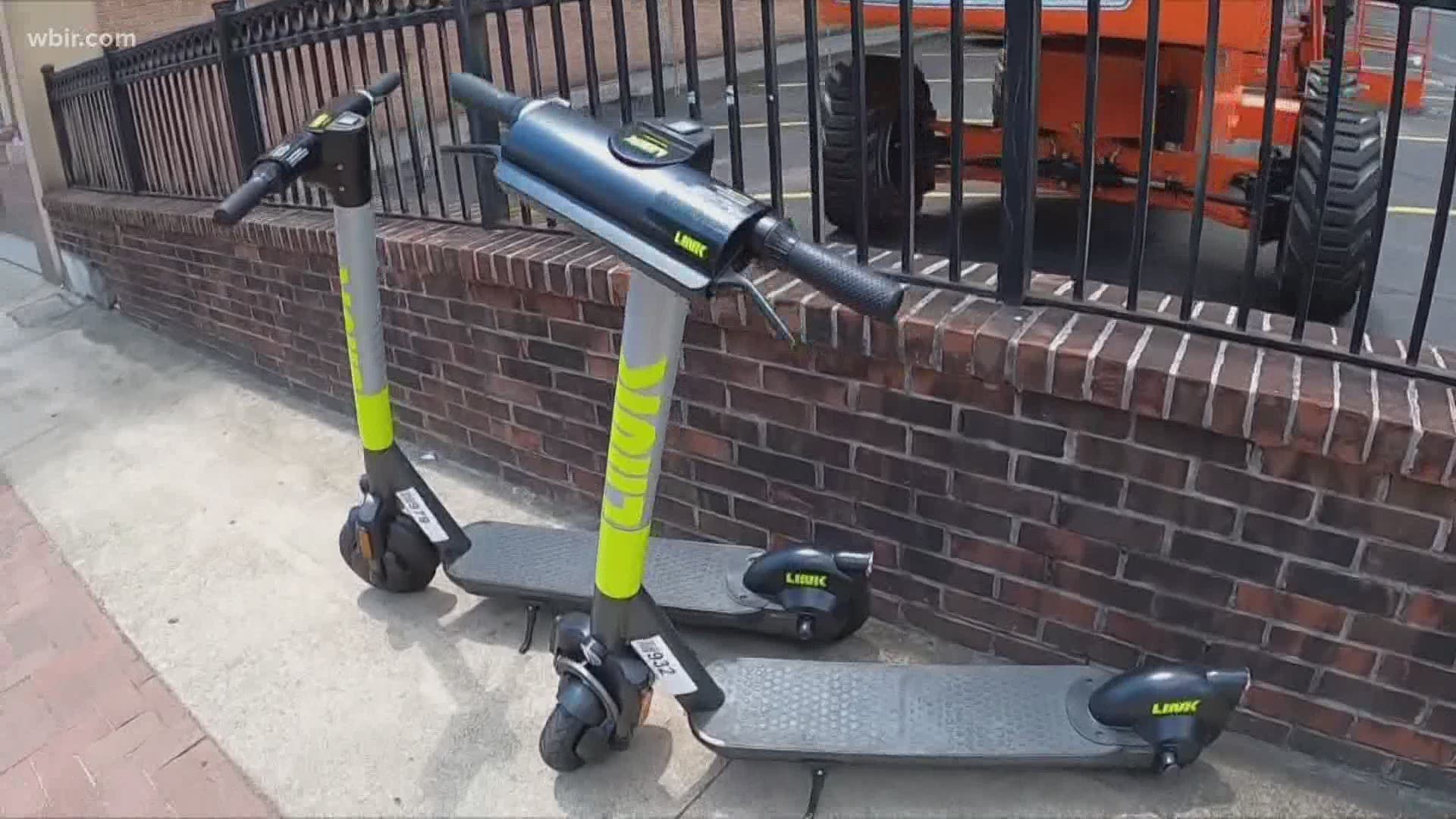 KNOXVILLE, Tenn — The future of scooters is up for discussion at City Council on Tuesday night as city leaders are hoping to get more time to make major changes.

Scooters have been around for more than two years now. You can ride them mainly on downtown streets, but not on sidewalks or greenways.

City leaders are hoping for a six-month extension in the current agreement to get input from the community in order to make improvements.

You either love them or hate them. Scooters are an easy mode of transportation, but a headache on the sidewalks.

City council's vote could allow you to submit input on changes you'd like to see.

After hitting the streets of Downtown Knoxville in 2019, scooters became a fan favorite of people wanting quick transportation, but they've become a nuisance for some pedestrians.

"People enjoy riding on them, they're a fun thing," policy and innovation business manager Carter Hall said. "We heard from a decent amount of folks who said they can be a pain sometimes, block sidewalks or I feel unsafe when people are riding on the sidewalks."

If passed, it will allow leaders to collect city-wide input until December.

"We are looking at some bigger changes, things other cities have done," he said.

Hall, along with others, will have six months to hold public hearings, gather opinions and research data. The goal? To take away headaches caused by scooters.

"Let's get in, make sure we can fix those, cut down on the amount of things causing headaches," Hall said.

Visit Knoxville and the city conducted a survey about scooters. 66% of those surveyed said they hopped on the two wheels for entertainment, while 15% relied on them to get to work or school.

"We're always using them to find ways for people to use their cars less, help cut down on carbon emissions and help us meet sustainability goals," Hall said.

Hall believes there could be a solution before December which includes a solid plan that considers everyone's opinions.

If passed, not much will change right now. Numerous public forums will be in the works.