"Look that extra second because these people who ride these motorcycles have children, they have families, they're really good people." 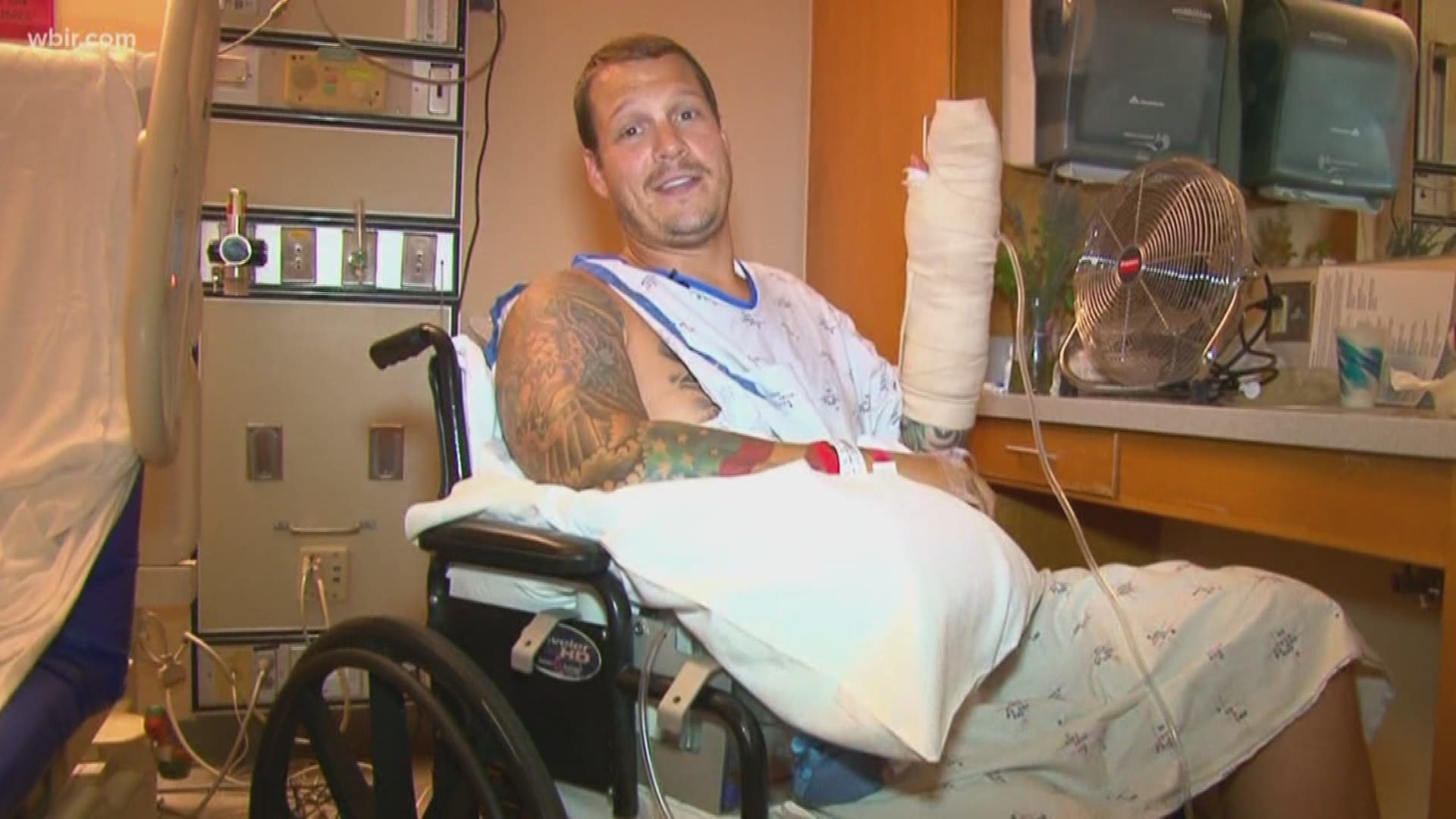 A motorcyclist recovering from an accident last week in Knoxville wants to share the message with drivers that motorcycles are out there, and to watch out.

"This is the one they all talk about," said motorcyclist Travis Walker. "It's not if, it's when, and you just hope that you come through it okay."

Walker was riding his motorcycle home on Clinton Highway Thursday when a car turned into his path.

"T-boned that person, and kind of flew about 50 feet in the air and slid another 50 feet," he said.

Walker was wearing boots and a helmet at the time of the crash.

The driver of the car was charged with failure to yield, driving with a revoked license and no insurance.

Walker is now dealing with a slew of injuries.

"I had a collapsed lung, a broken rib, I de-gloved my hand, I broke my foot, I've broken my shoulder blade," said Walker.

He said he'll be fine, but doesn't like how common motorcycle crashes can be.

"Just in people I know, including myself, within the last month, there have been 5 accidents," said Walker.

The Tennessee Highway Patrol reported 124 motorcycle crashes in 2017 in the 11 counties that make up the Knoxville District.

They've worked 53 motor cycle crashes this year alone, and five of those were deadly.

Those numbers don't include crashes worked by local police and sheriff's departments.

The Tennessee Highway Patrol said there are a lot of motorcycle crashes because people aren't looking for the bikes.

They're smaller, faster, and easy to miss.

"Look out for the motorcyclists, take that extra look," said Lt. Don Boshears with the Tennessee Highway Patrol. "If you're pulling out on the roadway, look back again, make sure. I mean last year I almost pulled out in front of one. It can happen to anybody."

"Look that extra second because these people who ride these motorcycles have children, they have families, they're really good people," said Walker.

He has a long road to full recovery, and hopes no other person has to experience any kind of crash.

"Somebody was definitely looking out for me that day," said Walker. "I have no doubt about it."

Walker will not be able to work while he's in recovery, and the driver who hit him was not insured. He's started an online fundraiser to help with his medical expenses.