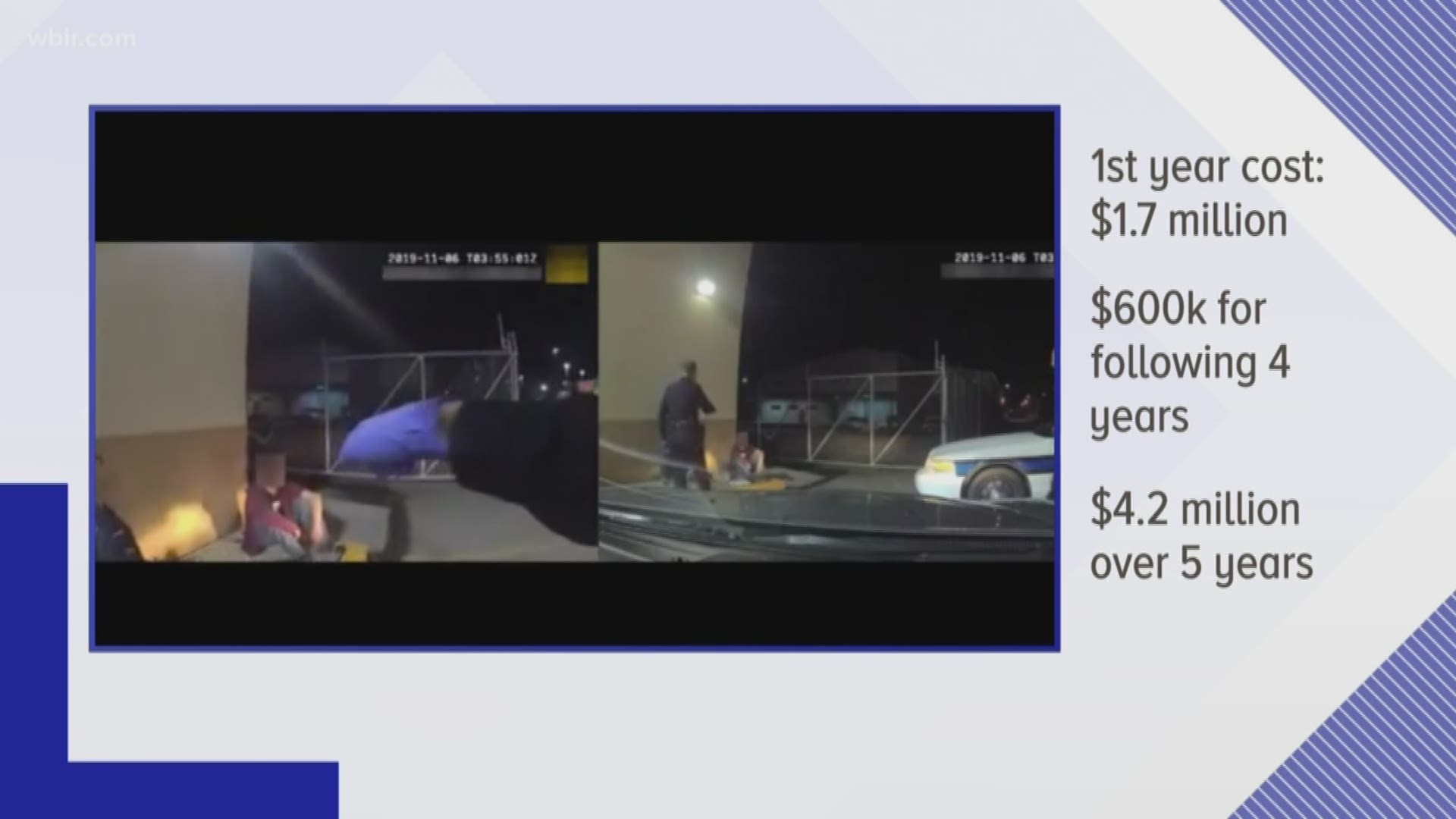 Following a months-long KPD study, Mayor Kincannon said she hopes to roll out body-worn cameras by July 1, 2020, saying the city is seeking a contract with a vendor and will include the costs in next year's budget.

It's estimated it will cost $1.7 million in the first year and $600,000 each year after -- approximately $4.2 million over a five-year contract period.

“I am committed to equipping all patrol officers with body-worn cameras. These cameras will help facilitate a better understanding of situations officers and the public find themselves in every day. Body-worn cameras will be another tool to help us in our mission to have more transparency and accountability,” Kincannon said.

Mayor Indya Kincannon, who took office in December, said in a release she planned to inform city council at Tuesday night's meeting that she's in support of the change.

She made her decision after reviewing a report prepared by Knoxville Police Chief Eve Thomas in December about the issue and will deliver that report to council members.

The report followed KPD officers testing body-worn cameras over the course of several months with footage taken for reference. You can see some of that footage below:

The Knoxville Fraternal Order of Police said it is for the cameras, but wants to see more funding go toward building up the police force.

“The FOP announced months ago we aren’t against the idea. We’ve been recording public contact since 1998 with dash cams. Cameras help us far more than hurt us. We need to address salaries and benefits because we are running out of bodies to put them on,” it said.

After the shooting, city leaders approved the purchase of two types of body cameras for testing.