Middlebrook said she was "honored and humbled" to be chosen, saying she looks forward to partnering with the community to examine and shape KPD's policies. 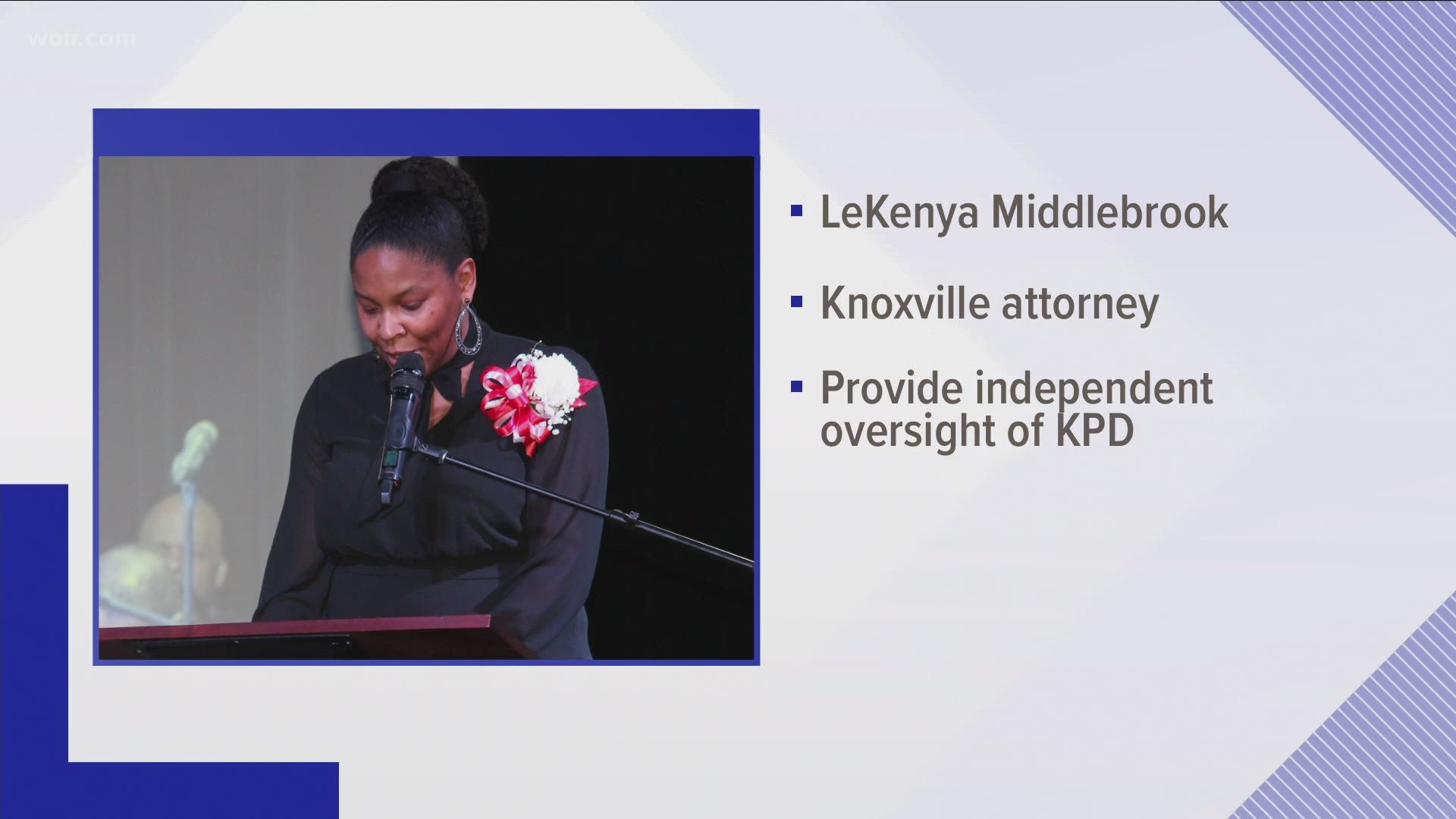 “LaKenya has a long legacy of service to our community,” said Mayor Kincannon. “Her life experiences, her work as an attorney and community champion, and her service on PARC make her uniquely qualified to lead this important organization. I am confident that she is the right person to help Knoxville as we navigate difficult discussions and continue to redefine how we look at public safety.”

Middlebrook said she was "honored and humbled" to be chosen, saying she looks forward to partnering with the community to examine and shape the Knoxville Police Department's policies to become a model for community-centered policing.

"For more than two decades, PARC has worked to demand accountability, increase transparency, and build improved relationships between the Knoxville Police Department and our communities," she said. "Those charged with the responsibility to protect and serve can only be effective in doing so if our communities trust that protection and service will be administered fairly, justly and equitably."

She has worked in private practice as an attorney from 2008 to 2010 and from 2012 to present day. In-between, she served as director of the YWCA Phyllis Wheatley Center.

Middlebrook also serves on the Knox County Foster Care Review Board, the board of Girl Talk, and as co-chair of the local NAACP’s Housing Committee.

Kincannon said Middlebrook will begin serving on PARC starting July 13. She will be stepping down as a PARC committee member and as the chair of the local Democratic Party.

PARC, created in 1998, is comprised of seven volunteers served by a full-time executive director hired by the mayor. It provides an independent review of police activity and makes recommendations to the chief of police.