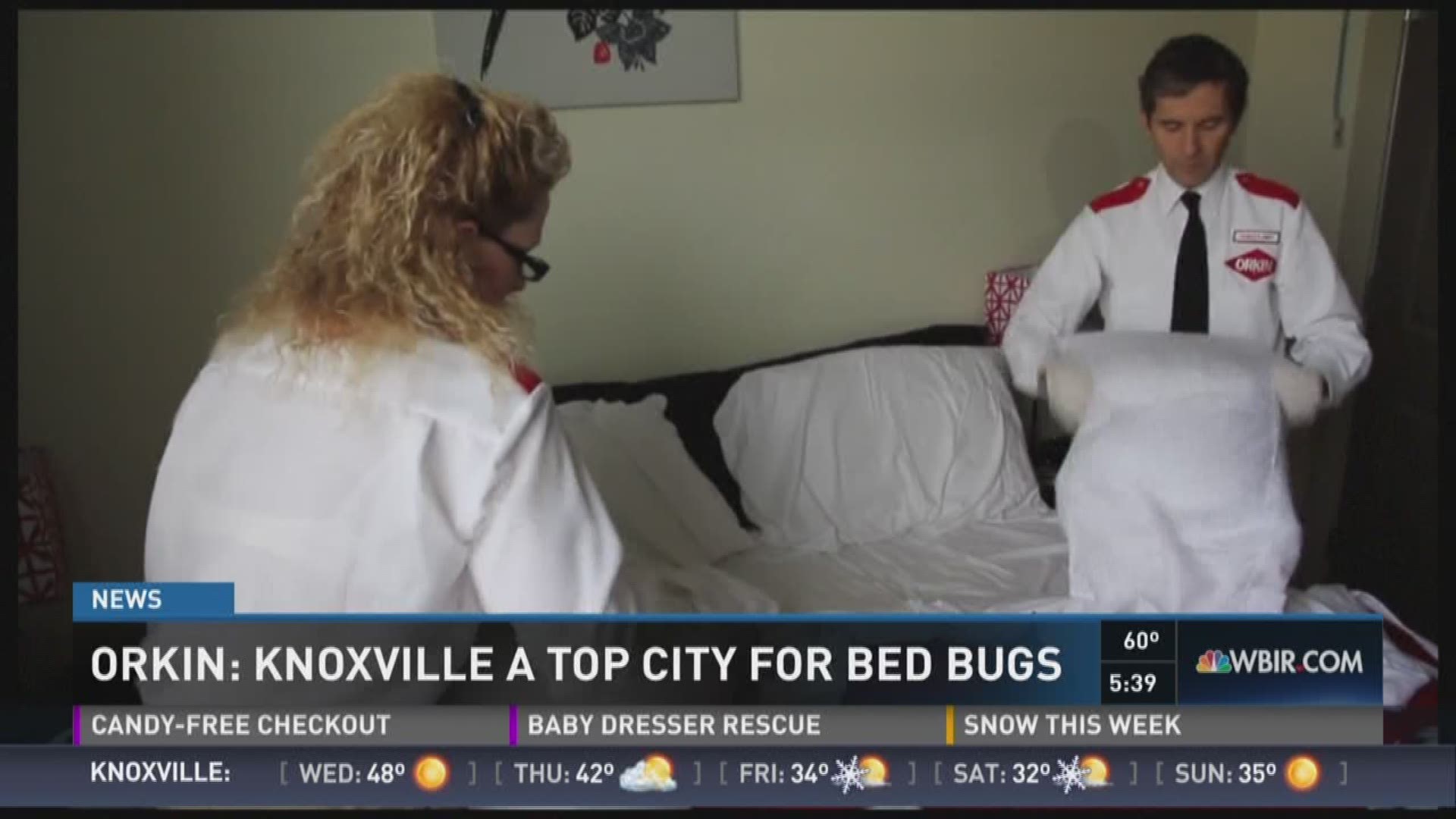 Knoxville has once again been named one of the worst cities in the country for bed bugs, according to Orkin Pest Control.

Orkin said it comes up with the ranking based on treatment data from the metro areas where it performed the most bed bug treatments from December 1, 2015 to November 30, 2016.

Nashville also made the list again ranked at 23 and Asheville came in at 25.

Orkin said it is important to remember that bed bugs are not necessarily a sign of uncleanliness. They have been found in million dollar homes and hotels, movie theaters, schools and in public transit in all 50 states.

Below is the list of the cities in the top 10: