Knoxville continues to work on its homeless courtyard on Broadway near downtown. 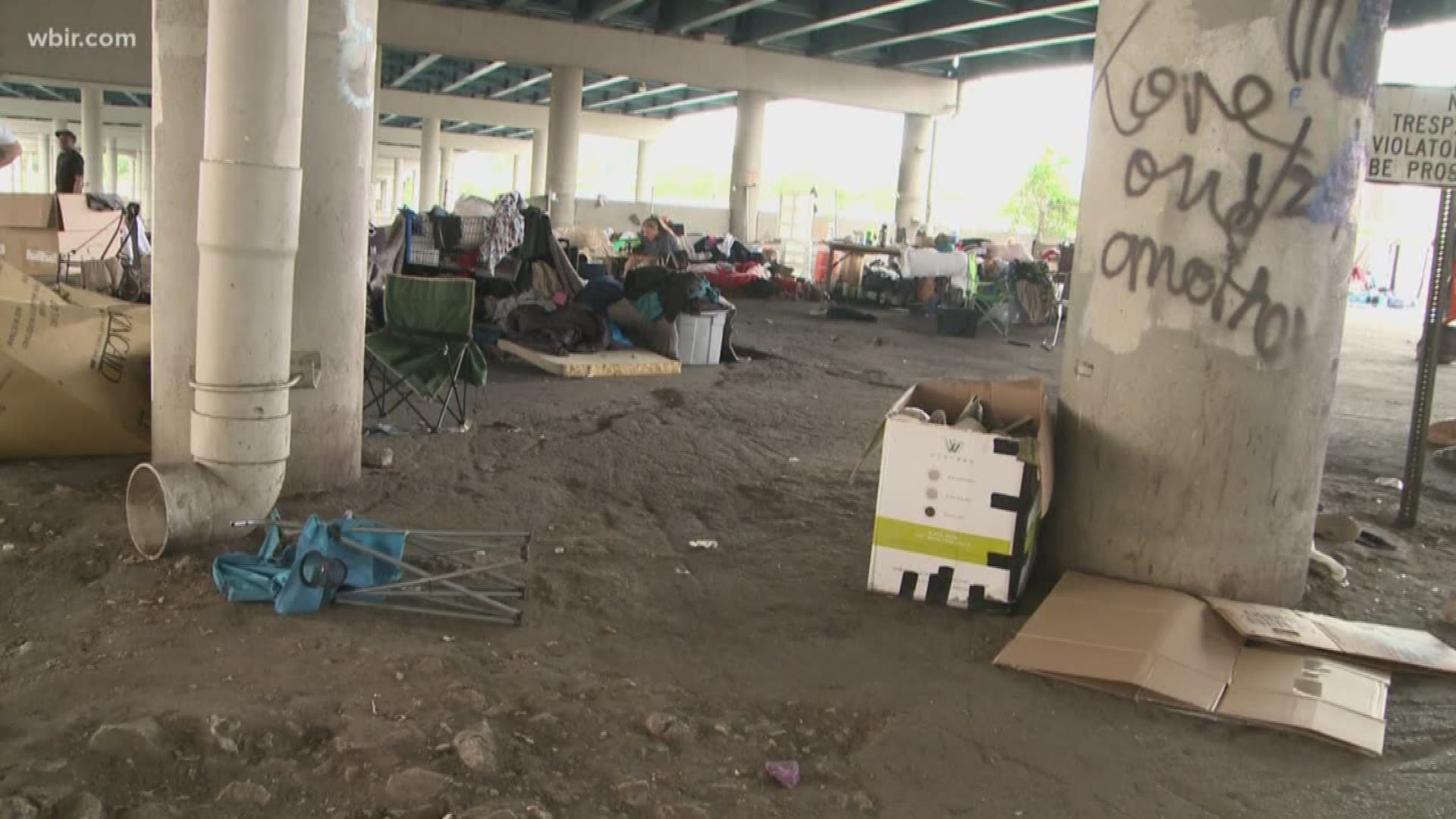 KNOXVILLE — The City of Knoxville said crews should finish a new homeless courtyard on Broadway near downtown this fall.

It's the area under the I-40 bridge on Broadway, where homeless people often gather on the sidewalks.

Right now, you can drive down that stretch of Broadway any time of day and see people sitting, laying or sleeping in the area.

There are several organizations working to deal with that issue, including Knox Area Rescue Ministries--or KARM.

"The problems are complex," KARM President and CEO Burt Rosen said. "But KARM is not a contributor to the problems underneath the bridge."

"What was beginning to emerge was the sense was the reason that everybody's out there is that that's where KARM has placed them, and it was anything but that," Rosen said.

He says the people who gather under the I-40 bridge on Broadway near downtown don't always want KARM's help.

"Those are people that are not currently receiving services from KARM, but we look forward to the day where we are providing services for them," Rosen said.

KARM is now working with the city, which plans to make changes.

"The intent is to create an outdoor, low barrier, daytime use safe space for people to be," Knoxville's Homelessness Coordinator Mike Dunthorn said.

"It will make it more possible for the people not to lay on the sidewalks, because there's a place they can go," Dunthorn said.

KARM would be there to offer support when those under the bridge say they're ready for help.

"There's a lot of good work that happens, getting people out of that situation, but we still see what we see in that area, on the streets, and that means we still have work to do," Dunthorn said.

The city says it has to move some fences around in the area.

To do that, it has to get permission from TDOT.